A tornado sweeping through southern Wichita, Kan., on Saturday left in its wake significant damage, but no major injuries. City and county officials have told the media that a preliminary estimate of the overall loss in the Wichita area is about $283?million.

A tornado that ripped through the northwest Oklahoma city of Woodward on Sunday, has left five people dead, 29 injured and dozens of homes destroyed. Three young girls are among the dead. Thirteen business have been destroyed and some 8,000 people were without power, according to reports.

As severe weather grew more intense in the Midwest across Oklahoma, Nebraska, and Kansas, baseball-size pieces of hail pelted the region, driving anybody who had not already found shelter indoors to seek cover. Check out the photos and video of the gigantic hailstorm.

Residents of Oklahoma, Nebraska, and Kansas are braced for a major tornado outbreak, which has been predicted to strike this weekend -- with its peak on Saturday -- according to the National Weather Service's Storm Prediction Center.

The extreme fatwa on Islamic adult breastfeeding is back again, with the Kuwaiti clerics examining and defining it in the context of husband and wife relations.

Expected Major Tornado Outbreak In Central US Gets Under Way

A tornado touched down close to the National Weather Service's Storm Prediction Center in Norman, Okla., on Friday around 4 p.m. CDT -- the first in a series of twisters that the service's forecasters project will hit the central U.S. this weekend.

Friday the Thirteenth is considered to be a super unlucky day since both Friday and the number 13 are considered unlucky according to ancient folklore. While many superstitious people avoid black cats, mirrors, funerals processions and other scary things. But for spooky writer R.L. Stein, Friday the 13th, which occurs three times this year, is an opportunity to celebrate. the popular scary story writer shared a short tale of horror with his fans via Hub TV's Twitter account on Friday ...

The chances of being struck by lightning in a lifetime are quite slim, one in one million according to the National Weather Service, but the San Francisco Bay Bridge defied odds Thursday night during an intense storm captured in photos. Photographer Phil McGrew snapped photos of the storm, showing the Bay Bridge being struck by not one, not two, but nine bolts of lightning.

Jada Pinkett Smith Speaks Out On Rumors About Her Marriage To Will Smith: 'Will And I Know The Truth'

Will and Jada Pinkett Smith have been married an eternity according to Hollywood's standards, but that doesn't mean that they are not subjected to the rumor mill.

The hashtag #CoryBookerStories was created on Twitter after the Newark mayor saved a female neighbor from a burning building. The tweets are catapulting Booker to Chuck Norriseque Internet folk hero status.

Bite-sized hail hammered cities in the Texas Panhandle so hard on Wednesday that it has left up to 4-feet of ice in some areas.

Following a controversial crackdown, Tunisia's reversal of its ban on Habib Bourguiba Avenue protests reflects some willingness to bend to the will of the populace. But allegations of police brutality show that the situation in Tunis is still far from stable.

Hilary Rosen Apologizes to Ann Romney, Ends Feud: A Breakdown Of What Happened on Twitter and TV [VIDEO]

Democratic pundit Hilary Rosen apologized for claiming that Ann Romney had never worked a day in her life, following a media storm and television feud that erupted last night.

Space Sandstorms Explained: What Happens When Stars Bite The Dust

Astronomers have long known about the superwinds and space sandstorms that herald the deaths of stars, but until now, have been at a loss to explain how they happen.

Dorrell's ex-fiancé Josh Moran is still employed by the University of Arkansas despite disappearing from their website.

Gold eased for a second consecutive day on Thursday, but was still set for its largest weekly gain in six weeks, thanks to the toll the re-emergence of the euro zone debt crisis has taken on investor risk appetite.

Batman Banned By Orioles: Baseball Has No Need For A Caped Crusader [VIDEO]

No, this isn't a publicity stunt for the upcoming Batman film, The Dark Knight Rises. On the Baltimore Orioles Opening Day, fans and players got a little more than they expected. A cape-wearing, Batman-underwear-clad man streaked across the field.

In response to a recent fire storm of criticism regarding an appearance where her face looked puffy in photos, sparking rumors about plastic surgery or cosmetic fillers, Ashley Judd penned a heartfelt piece for The Daily Beast to address the pointedly nasty, gendered, and misogynistic comments written about her appearance. 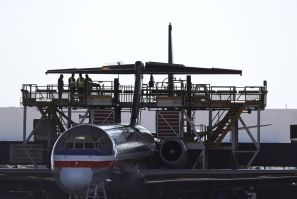 Hundreds more American Airlines flights were canceled on Friday at Dallas-Fort Worth International Airport in the wake of Tuesday's powerful tornado-riddled storm. 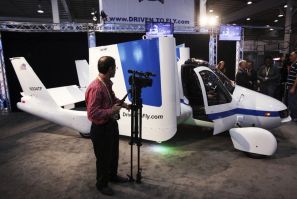 The Transition flying car from Woburn, Mass.-based Terrafugia stretched its wings for the first time at a motor show at the New York International Auto Show 2012, but its automotive press debut on Thursday suffered some turbulence in the air and bumps in the road.

When the Daily Mail published Samantha Brick's women hate me because I'm beautiful article they probably knew that the backlash against the somewhat pompous opinion piece would be enormous. In fact, it's very likely that the article was published to intentionally trigger an angry response that would drive internet traffic to the Daily Mail's website (online this is called trolling). The latest development in the Samantha Brick saga is a slew of visual spoofs on Brick's... 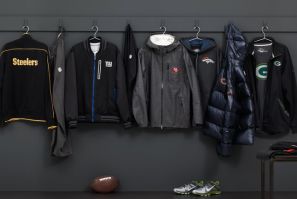 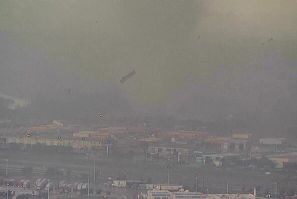 Hundreds of flights out of DFW Airport were canceled Wednesday after a series of Tornadoes struck the Dallas area on April 3, 2012. 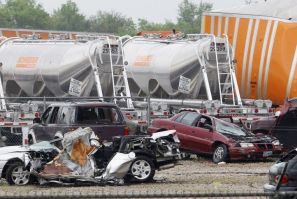