Uber issued a statement after a report detailed laws and regulations broken by the company around the world to advance its business.

The ride-sharing industry is struggling to eliminate cases of sexual assault and harassment customers experience while using its services.

London's transportation department announced it will not renew Uber's license to operate in the city. Here are some Uber alternatives to get you where you need to go.

Former GE CEO Jeff Immelt was widely considered a frontrunner for Uber CEO, but has withdrawn from the search process.

Uber Will Be Audited For The Next 20 Years After Settlement

Uber has agreed to a settlement with the Federal Trade Commission over data privacy and security issues.

Travis Kalanick has been sued by Uber supporter Benchmark Capital over his time as CEO at the ride-hailing company.

Uber shot down rumors that Travis Kalanick would return to the company as CEO.

Uber Used Recalled Cars That Could Catch On Fire In Singapore

Uber's Singapore office used cars that had been subject to a recall for its drivers and passengers.

An Uber driver was reportedly performing a sex act with a passenger in the middle of a ride.

Find Out Where Uber Drivers Can Now Get Tipped

Uber has now implemented tipping into its ride-sharing application in over 100 U.S. and Canadian cities.

Uber Drivers Can Now Get Tips

Uber will roll out tips for U.S. drivers throughout the summer.

Uber CEO Travis Kalanick will temporarily step away as the leader of the ride-hailing service.

Uber CEO Travis Kalanick may temporarily step aside from the company.

Former Google engineer Anthony Levandowski has been fired by Uber because of his unwillingness to cooperate in the lawsuit filed by Waymo.

Uber said former Google engineer Anthony Levandowski could potentially be terminated from the company if he continues to refuse to cooperate with investigators.

Uber has made a new app available for truckers looking for a way to ease the challenges of the trucking business.

Uber Gets Go-Ahead On Self-Driving Technology

Uber will be allowed to continue using the technology that may have been stolen from Waymo, a judge ruled Monday.

Uber announced two tweaks to its rating process that will affect both riders and drivers.

Uber hopes to develop cars that are capable of vertical takeoff and landing for testing within the next three years.

Uber drivers in New York City want the app to include a tipping option like the Lyft app does. 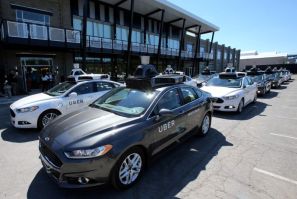 Uber's driverless cars in San Francisco will be back on the road Monday following a Friday evening accident in Arizona. 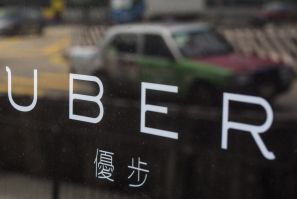 Uber Will Review Greyball Program, Stop Using It Against Regulators

After Uber's Greyball program was publicly revealed, the car service confirmed it will stop using it to target and deceive local authorities.

Uber To Hire COO In Response To Recent Scandals

Uber announced it will hire a chief operating officer to work alongside CEO Travis Kalanick after several months of controversies for the ride-sharing service.

After Uber's self-driving vehicles were kicked off the road in December, the company plans to file for correct permits.

Former Uber Engineer Says Company Is Investigating Her, Blaming Her For Deleted Accounts

The former Uber engineer who wrote about her sexual harassment incident at the company said she is now being investigated by Uber and blamed for people deleting their Uber accounts.
Latest news
Uber CEO Argues With Driver Over Fares In Video
Uber Executive Out After Failing To Disclose He Left Google Over Sexual Harassment Claims
Is Your Password Secure? How To Make A Strong Password After A Leak Like Cloudflare's That Affects Uber, Fitbit Users
EDITOR'S PICK