Europe's STOXX 600 index slipped in cautious trading on Tuesday as a fall in technology and chemicals stocks offset a rally in commodity-linked shares spurred by hopes that Beijing could ease COVID-19 curbs following recent protests.

Gulfstream Working With FAA To Address Soot On Some Private Jets

General Dynamics Corp's Gulfstream Aerospace has notified owners of its G500 and G600 jets and the Federal Aviation Administration that it has discovered soot at the rear of some of those business jets, possibly because of the way a small engine vents gas in flight.

Credit Suisse shares slid below 3 Swiss francs on Tuesday as investors dumped rights to subscribe to new shares in a cash call aimed at raising $2.3 billion for the loss-making bank.

McDonald's licensee in Kazakhstan was forced to temporarily close its restaurants this month after cutting ties with Russian companies and running out of supplies, three sources with knowledge of the situation told Reuters.

Canada's main stock index will rally in the coming year and move to a record high in 2024 as inflation pressures ease and provided an anticipated slowdown in the domestic economy is not too deep, a Reuters poll found. 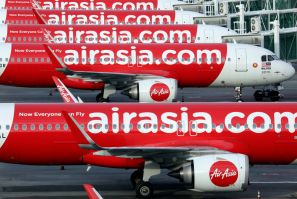