Migrants To US Turned Into 'Political Pawns'

Migrants to US turned into 'political pawns'

Check If Your Electric Skateboard's Footpad Is Affected By This Recall

There have been reports of injuries, including twisted ankles and friction burns.

Argentina's central bank raised its benchmark interest rate by 950 basis points on Thursday as the country struggles to keep a lid on spiraling inflation that rose to a 20-year high of 71%, according to new data.

South Korea's SK Hynix aims to select a U.S. site for its advanced chip packaging plant and break ground there around the first quarter of next year, two people familiar with the matter said, helping the United States to compete as China pours money into the burgeoning sector.

Electric-vehicle maker Rivian Automotive Inc on Thursday forecast a wider operating loss for the year and also said many of its current models will not qualify for new federal tax incentives.

The U.S. stock market's rebound in recent weeks has analysts and investors questioning whether 2022's deep downturn has ended, but how to spot an expiring bear market or a new bull market is not something everyone on Wall Street agrees on. 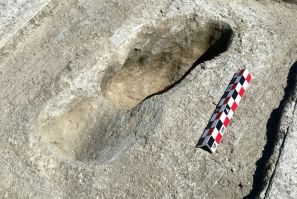