Pentagon refused to comment on the matter, but it noted Ukraine's "remarkable performance" in retaking its territories from the Russian forces.

The Wagner Group is believed to be commanding at least 50,000 fighters in the war in Ukraine.

The data dump included information about thousands of Russian citizens who were clients of companies targeted by the surveillance program.

Alexei Navalny contracted a respiratory infection after an infected inmate was placed in his cell.

Adult content subscription platform OnlyFans got banned in Russia, likely by its owners.

The Russian soldier also said his unit's commander and deputy were wounded in Ukrainian shelling.

Russian Soldiers Suffer From Infections Due To Unsanitary Conditions: Intel

Both Russian soldiers and Wagner mercenaries deployed in Donetsk Oblast were reportedly suffering from dangerous infections.

Russia Doesn't Have 'Any Chance At All' To Win Ukraine War: Expert

A foreign policy expert said Russia is unlikely to achieve its original goals of overthrowing the Ukrainian government.

US Is Creating 'Biological Weapons' And Testing Them On Ukrainians: Russia

At least five crematoriums have opened across Russia in the past year alone.

Germany and the U.S. both recently agreed to send Abrams and Leopard tanks to Ukraine. 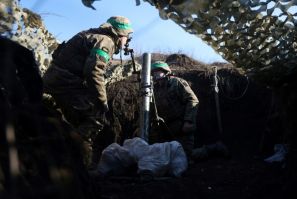 Ukraine Will 'Definitely' Win Against Russia This 2023, Zelensky Says

Ukrainian President Volodymyr Zelensky made the vow during a meeting with the Supreme Commander-in-Chief Staff. 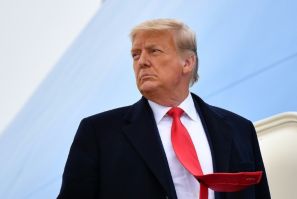 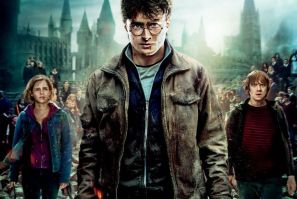 'Harry Potter' Movies To Be Removed From Russia Starting Feb. 1

All "Harry Potter" universe movies will be unavailable on the Russian streaming services Amediateka and Kinopoisk starting Feb. 1. 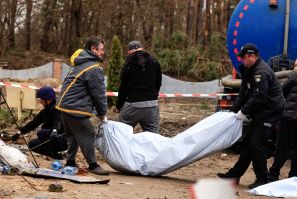 Russia is claiming it is killing up to 200 Ukrainian military troops daily in the Zaporozhye region. 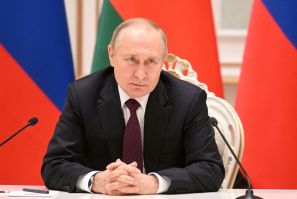 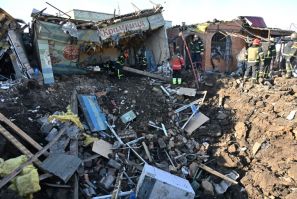 The Iranian-made Shahed drones were launched from the eastern coast of the Sea of Azov on Thursday evening. 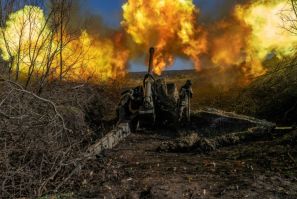