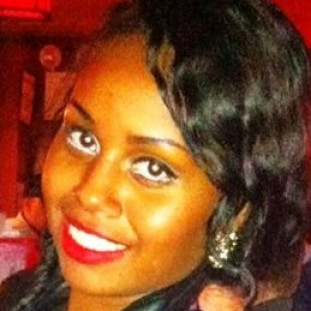 DJ Khaled Reacts Negatively After His Latest Album Debuts At No. 2

DJ Khaled is reportedly furious that his latest album did not debut at No. 1 on music charts.

Questions are arising about the attack on Tammy Lawrence-Daley, who suffered a brutal beating while vacationing with her husband in the Dominican Republic earlier this year.

Ayesha Curry is in the headlines once again after a Toronto Raptors fan made rude comments about her during the NBA Finals.

Watch: Alex Rodriguez Knew He Was Destined To Be With Jennifer Lopez Decades Ago

Alex Rodriguez knew when he was 22-years-old that Jennifer Lopez was the woman for him.

11-Month-Old Girl Dies After Being Left In A Hot Car For 15 Hours, Family Speaks Out

An 11-month-old girl died after being left in a hot car for around 15 hours in Missouri.

Former "Real Housewives of Atlanta" cast member Apollo Nida spent five years in prison for fraud and is now finishing his time at a halfway house in Philadelphia.

Lamar Odom speaks candidly about his thoughts on Khloe Kardashian and her daughter, True Thompson.

The woman involved in the fender-bender with comedian Tracy Morgan and his Bugatti speaks out and says she was "traumatized" after he yelled at her.

Abby Lee Miller talks about life post-prison and her cancer diagnosis as she returns to Lifetime's "Dance Moms".

Noa Pothoven, 17, was allowed to legally starve in the Netherlands after feeling life was unbearable following several incidents of sexual abuse.

Alex Rodriguez is making light of the embarrassing photo that surfaced on the internet last month and is grateful it didn't happen to his better half.

David and Michelle Paul of Fort Worth unexpectedly died one day before heading home from their dream vacation in Fiji.

Ciara Admits To Crying After Leaving Rapper Future, Says She Didn't Want To Waste Her Life

Ciara sat down with Jada Pinkett-Smith and fellow hosts on "Red Table Talk" where she addressed her failed engagement to rapper Future.

Edward Nathaniel Holmes, 63, and Cynthia Day, 50, were found dead in their hotel room in the Dominican Republic last Thursday.

Kylie Jenner shared news about her daughter Stormi's allergic reaction, which caused them to spend all of Sunday at the hospital.

Bankrupt Father Steals Son's Identity, Racks Up Over $120,000 In Debt

Michael Trichilo Sr. of Throop, Pennsylvania, is accused of stealing his son's identity since he was 14-years-old.

Catholic school principal Michael Comeau has resigned after being arrested at a strip club during a school-sponsored trip.

Lori Loughlin would reportedly change one major thing if she could regarding how she's handled herself amid her court appearance.

Porsha Williams posted a photo of her daughter, seemingly dismissing split rumors between her and Dennis McKinley.

Joe Jonas Didn't Tell His Parents About His Wedding To Sophie Turner- Here's How They Found Out!

Joe Jonas has some explaining to do after his parents learned about his marriage to Sophie Turner through the internet.

R. Kelly Now Faces Up To 30 Years In Prison With 11 More Counts Of Sexual Abuse

R. Kelly initially faced 10 counts of sexual abuse against four women. On Thursday, he was indicted on 11 more counts.

Wendy Williams has made a lot of money throughout her well-established career that began with her being a radio host.

Tiffany Haddish reveals how she would learn about casting directors true opinions of her.

Renaud Jermome, 70, claims he had consensual intercourse with a minor, who is now pregnant. He is being held without bond.

Cardi B Shade? Rapper Doesn't Time To Work Out Like Non-Entertainers, So She Got Plastic Surgery

Cardi B, 26, admitted to getting liposuction among other procedures in the past and reveals why she did so.

Maryland Man Who Set Himself On Fire In Washington D.C. Succumbs To His Injuries

Arnav Gupta, who set himself on fire near the White House on Wednesday, has died from his injuries.

A man in Florida was arrested after cops say he allegedly groped a woman he worked with and exposed himself to her.

Is there trouble brewing in the Porsha Williams household? The "Real Housewives of Atlanta" star has unfollowed her fiancé on social media.

A father-of-two had an allergic reaction to copperhead snake bite while he was taking his new puppy out for a walk.

An unidentified woman is being hailed as one of the worst pitchers after a hilarious first pitch prior to the start of the Chicago White Sox versus the Kansas City Royals on Tuesday went awry.

When U.S. Secretary of State Antony Blinken meets his Chinese counterpart in Beijing next week there will be plenty to disagree about, from Taiwan to chips and trade.