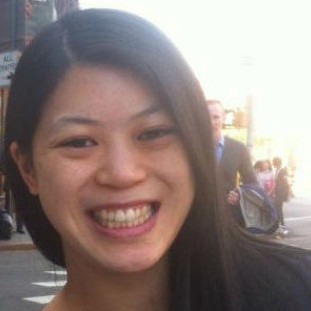 Brianna Lee joined IBT in July 2014 and covers U.S. immigration and Latin America. Previously she worked as a writer and editor at the Council on Foreign Relations and as a staff writer for the PBS news program "Need to Know."

A brand-new city, Yachay, is planned as the country's ticket to a high-tech revolution, but it has to survive an economic crisis first.

Venezuela Elections 2015: Why Venezuelans Are Fleeing The Country

Four days from a critical election, many dispirited Venezuelan expats see no reason to return and cast a ballot.

A sitting senator and a high-profile financial figure have been implicated in an unwinding controversy involving the country's state-run oil company.

US Border Crisis Rebounding? Unaccompanied Child Migration Back On The Rise

Almost 5,000 unaccompanied child migrants were caught at the southern border in October, almost twice the figure from a year ago.

Why Are Syrian Refugees Leaving Syria? Civil War Has Killed 19,000 Children Since 2011: Report

Government forces caused the vast majority of children's deaths, but rebel forces and international airstrikes are also to blame, the report found.

Turkish Embassy In Moscow Ramps Up Security After Downing Of Russian Jet: Report

Protesters reportedly appeared in front of the embassy in Moscow hours after Turkey shot down a Russian warplane.

China has been Latin America's critical financial lifeline for more than a decade -- investing over $100 billion since 2005 -- but the fanfare has deflated in places like Ecuador.

A peace deal may soon end Colombia's 50-year civil war, but refugees in neighboring Ecuador say it won't assure them they can return home.

Human rights advocates and others are warning of overreach as political leaders react to Friday's massacre in Paris.

Haitian officials are hoping to avoid the mishaps and violence that plagued August's legislative elections, but there's little confidence Sunday's presidential vote will go much better.

Argentina Election 2015: Next President Will Inherit A Flailing Economy

Sunday's vote will determine who takes the reins of a country staggering under the weight of double-digit inflation and critically low foreign reserves.

Guatemala Election Results: Next President Will Face More Pressure Than Ever On Corruption

An unprecedented anti-corruption movement felled Guatemala's last president. Whoever wins Sunday's election will have to face a public hungry for even more change.

Anxiety has spread quickly as the unemployment rate threatens to hit double digits in a matter of months.

What Does Colombia's Peace Process Mean For Millions Of Displaced People?

An end to Colombia's 50-year civil war is within reach, but it's unclear how the government will compensate over 6 million people forced out of their homes.

Climate-friendly policies and technologies could help the South American country, which is beset by a recession, rising unemployment and political turmoil.

The disappearances of students riled Mexican anger over rampant violence and insecurity. But one year later, little has changed.

Advocates are hoping the pontiff's U.S. visit will temper some of the immigration rhetoric coming out of the 2016 presidential campaign season.

Former Bank of Brazil executive Henrique Pizzolato fled to Italy three years ago after being implicated in one of the biggest corruption scandals in Brazil's recent history.

"I urge political leaders to persevere on this path and to develop all its potentialities ... on behalf of the peace and well-being of their peoples," the pope said.

Support for President Dilma Rousseff is at an all-time low, but there's not much enthusiasm for any of her would-be replacements, either.

Spending cuts and tax hikes will help plug Brazil’s fiscal gap, but they’re not the big fixes needed to dig it out of recession.

The closure of Fundamedios is the latest move in a media crackdown that has broadened under President Rafael Correa.

Gerald Americo Oropeza, one of Peru's most wanted suspected drug traffickers, was arrested in Ecuador and deported after spending four months on the lam.

The French-American tailor had fashioned suits for presidents from Lyndon Johnson to Barack Obama.

Ahead Of 2016 Rio Olympics, Chinese Firms Hope To Cash In

Two will supply uniforms and merchandise for the 2016 Summer Games, and others are looking for their own ways to cash in.

An accusation about an invasion of airspace reflects larger tensions associated with the two countries' simmering border dispute.

Fifteen children were among the 34 refugees who drowned in Greek waters Sunday. The country's coast guard says it rescued 68 others in the water.

The Hall of Famer and three-time MVP had been named one of the NBA's 50 greatest players of all time.

Police are taking three men into custody, while a bomb squad has been dispatched.