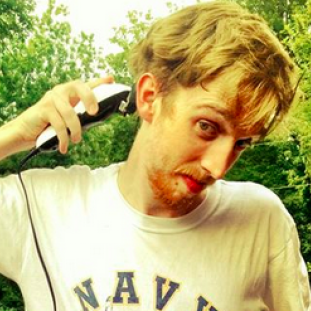 Dylan Love covered technology for three and a half years at Business Insider before joining International Business Times.

The streaming-music service has drawn decidedly divergent reviews from two of pop’s biggest superstars, who are at opposite ends of their careers.

It's a more affordable mobile way to get online, and the battery lasts three weeks.

Get Ready For Apple Pay At The Gas Pump: Chevron Revealed It's Working With Cupertino

iOS users will be able to pay for their gas with Apple Pay without having to enter the store.

Despite spending millions annually on cybersecurity technology and personnel, two giant companies were powerless against cyberattack.

Some 2,100 Palestinians lost their lives in the 50-day war between Israel and Hamas earlier this summer, several hundred of them children.

Area officials are doing what they can with 20 shelters set up across 12 towns.

The cyberattack left some people without online gameplay capabilities for more than 24 hours at Christmastime.

During the holidays, most people still prefer the personal touch of a handwritten note.

Two-factor authentication is easy to set up, but one of the largest banking institutions in the world simply never did it.

A highly critical portrait says Mayer has made a number of bizarre and questionable decisions as leader of Yahoo.

North American players will have to wait a bit longer for the new content, which lets gamers tame and ride horses.

U.S. Cyber Command could see action as the president calls for “proportional” response against North Korea.

It's not the copy machine company you think it is anymore.

Investigators don't think it was an inside job, and they're prepared to blame North Korea.

Thiel has nothing to do with the racially charged deaths of black men at the hands of police, but Ferguson protesters took over the stage anyway.

Pay a $5 pickup charge and they'll come to your house to send your items anywhere in the world.

The Duke of Cambridge is marking the connection between London and New York's tech scenes.

Six Ways Our 'Minority Report' Future Is Already Happening, 40 Years Ahead Of Schedule

From precrime to smart advertising, flying cars to retinal scanners, Philip K. Dick had a lot right about 2014.

Why Is AT&T Trying To Block A Small Kansas Town From Building A Better ISP?

The groundswell for municipal broadband is greatest in small towns, where big corporate providers are underinvesting.

A group calling itself the Guardians Of Peace leaked movies and stole passwords from the company.

We took the delivery service for a spin and loved it.

10,000 Sprint hotspots are ready for New Yorkers to borrow from the library.

No Betamax On Your Wrist: Startup Strap Looks To End Wearables Platform Wars

The Ohio-based startup is offering a kit that will allow developers to create apps that can run on any smartwatch or other wearable device.

Microsoft Is More Valuable Than Google By A Whopping $38 Billion

The supposedly "last-generation" Microsoft is still very much in the game, yet Google continues to crush Microsoft in key performance metrics.

How Apple Inc. Could Become The World's First $1 Trillion Company

It would mean going after markets that Apple has neglected in the past.

Google Vs. Google: With Two Music Services The Search Giant Is Competing Against Itself While Also Competing With Free

Never mind the fact that all the music on YouTube is free.

Mike Kail is accused of pocketing somewhere in the neighborhood of $500,000 during the time he worked at Netflix.

If Twitter's CFO can't use Twitter properly, how can it be a mass medium?

Europe's aviation regulator has ruled out an industry push to allow planes to be crewed by just pilot by 2030 but said it is considering allowing limited single-person operation for parts of flights as early as 2027.

The chair of the U.S. National Transportation Safety Board (NTSB) said a FedEx Boeing 767 cargo plane and a Southwest Airlines 737-700 that nearly collided were "probably under 100 feet (30.5 meters) vertically from each other," according to preliminary information on Monday from the investigation.

Ava may make a lethal decision in her quest to make Nikolas pay for cheating on her with Esme on "General Hospital."