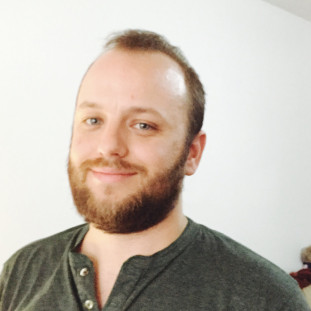 Turkish President Recep Tayyip Erdoğan can't get the U.S. to extradite exiled cleric Fethullah Gulen for his alleged role in a failed 2016 coup. So the U.S. lobbyists in Turkey are trying to persuade the states that Gulen's charter schools are defrauding American taxpayers.

The Democrats’ bill comes weeks after the Department of Labor issued waivers to convicted banks, including one that owns at least $130 million of debt from President Trump, allowing them to manage funds in federally regulated retirement systems.

How Much Would Government Shutdown 2018 Cost Taxpayers?

Lawmakers were scrambling on Thursday to avoid a government shutdown. The previous one cost taxpayers billions.

Trump And Lawmakers Got Cash From Payday Lenders, Then Weakened Lending Rules

The industry funneled money to the president and top GOP lawmakers, then Trump officials moved to undo new regulations.

Kris Kobach was considered the GOP front runner for this year's gubernatorial race in Kansas. However, the newest campaign disclosures show he's raised significantly less money than his Republican rival.

According to a new study, donations from anonymous sources in the last days of the campaign were a key factor in Donald Trump's victory over Hillary Clinton.

The lawsuit charges that the Federal Election Commission is failing to enforce federal law — which allowed a private prison company to shape a Trump administration policy it benefited from.

President Donald Trump owes millions to Deutsche Bank, which was one of five convicted banks that just saw its punishment waived by the Labor Department.

Gifts From Foreign Governments To US Intelligence Director Include Rugs, Daggers And Dragon Sculptures

Over the years, foreign governments have given a variety of odd gifts to the director of national intelligence.

Multiple deputies and at least one civilian were shot after police responded to a domestic disturbance call outside of Denver.

Police found an arsenal of weapons and ammunition in the man's 28th-floor hotel room, according to local reports.

New data shows the final tax bill could deliver 10 times more tax relief to real estate moguls than did the Senate version of the bill.

Sen. John Cornyn’s pipeline provision benefits Sen. Ted Cruz and other Republicans. He inserted it into the tax bill as his former chief of staff lobbied on the issue.

Critics of the Republican tax bill charge that the legislation was crafted by lobbyists. But what does that really mean? A lobbying expert breaks down the lobbying sector and its influence.