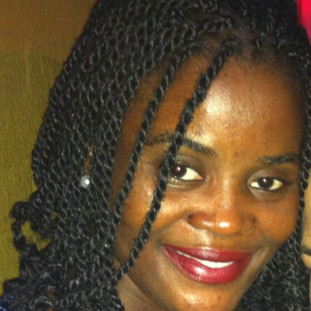 Laura is a U.S. politics reporter for the International Business Times. She was always fascinated by the BBC World News each morning on the radio in Jamaica. That, and a love for writing led her to a masters in journalism from Columbia University and a bachelors in media and communication from the University of the West Indies, Mona. She has worked for Gannett's Pacific Daily News in Guam, the Jamaica Observer, the Jamaica Gleaner, the Nassau Guardian in the Bahamas and Choices magazine for whom she ghost wrote the guidebook Help Your Child With Career Choice.

One of House Speaker John Boehner's Republican challengers lost his job at an Ohio university after an ad parodied an erectile-dysfunction drug commercial.

The New York Republican is accused of hiding more than $1 million in income from a restaurant he owned and hiring illegal immigrants.

The relationship between the speaker of the House and conservative groups went south last December over a budget agreement.

Just days after the former NYC mayor announced a $50 million initiative to fight the NRA, one of the groups he funds is about to face the gun lobby head on.

Oklahoma, With An Oil And Gas Boom, Is Facing A Budget Crisis

Republicans say the CDC's gun violence prevention research will get no funding in FY 2015, and gun control advocates aren't happy.

South Carolina students are rebelling against lawmakers trying to cut funds because gay-themed books are on the curriculum.

Ford says he has learned his lesson since the scandals and asks for a second chance to lower taxes and fight against elitists.

The former secretary of state's favorability rating is still higher than those of her potential 2016 presidential GOP challengers.

Chris Christie's Comeback? Fox News Poll Has Him Barely Ahead Of Other GOP Presidential Hopefuls

The New Jersey governor is beating the Republican competition, but he loses to Hillary Clinton in a hypothetical matchup.

A U.S. district court judge says the Supreme Court has already legalized abortions up to a certain point.

A $50M Challenge: Bloomberg Launches Grassroots Initiative To Take On The NRA

Bloomberg's grassroots group will use the NRA's single-minded, single-issue strategy to take on the gun lobby.

The ACLU of Michigan says same-sex couples who wed last month in the state's historic ceremony are being treated as "second-class" citizens.

Senate Republicans Block Paycheck Fairness Act, But Will It Hurt In November?

Senate Republicans say no again to a law meant to help close the gender wage gap.

Jeb Bush 2016 And The Other Republican Hopefuls: Where Do They Stand?

As Chris Christie's clout fades, several Republicans are maneuvering. From the Tea Party favorites to moderates, here's where they stand.

No Longer An Albatross? After Obamacare, Uninsured Rate At Lowest Level Since 2008

However, Gallup data indicates that Republicans may have to adjust their strategy from the current all-out attack on health care reform.

Sarah Palin Vs. Paul Ryan's Budget: 'It's Trouble For Our Nation'

They've derailed immigration reform before. Now conservative radio hosts plan to do it again -- this time fighting some of their own.

Coalitions across the country are ready to put a minimum wage increase to voters as Congress remains indecisive on the issue.

The Republican budget maven put out a proposal loaded with cuts. But that is not enough for spending hawks on the right, who called it a joke.

The administration says record traffic from first-time users is the cause of Monday's technical problems.

Immigration Reform Advocates Hope Obama Caves, But Will He?

Reform supporters say they have one last chance to get something done this year: the president. They may be disappointed.

While Hoyer makes the dare, Pelosi assures getting reform done is more important to Democrats than retaking the House.

Most immigrants being deported from within the U.S. have criminal convictions, which meets Obama's criteria but doesn't satisfy opponents.

Democrats know it's a long shot, but they still want a debate and to vote on the issue.

On The Offensive: Senate Dems Framing Choice As Between Middle Class And The Koch Brothers

Sen. Reid says they would rather work in a bipartisan manner, but failing that, they'll make it clear who stands with ordinary Americans.