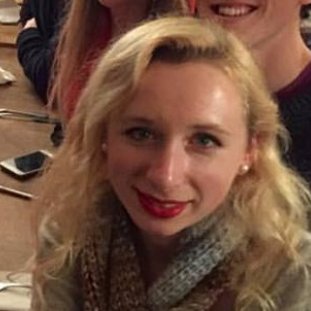 Lydia is a reporter on the Political Capital Team from Philadelphia and an Emory University graduate in French and economics. Previously an IBTimes breaking news writer specializing in business, she has written for CNN, Consumer Reports, the Philadelphia Inquirer, and the Allentown Morning Call.

As The Criminal Justice System Changes, So Does A Private Prison Giant

GEO Group is building its rehabilitation brand, buying halfway houses and day-reporting centers — positioning itself to treat many of the victims of America's opioid crisis.

What Happens When Politics Puts Companies At Risk?

In a new study, researchers quantify the way firms respond to political risks. The results may scare proponents of a government free of private sector influence.

Is Tesla Running Out Of Money?

Elon Musk's brainchild is counting on a pickup in auto and residential solar panel sales to pick up the tab for his company's exorbitant expenditures.

How Much Does The Macy’s Thanksgiving Day Parade Cost?

The total costs of the event amount to roughly 2 percent of the department store's annual net income, but plenty of the materials are recycled year after year.

From the birds' musical preferences and hotel stay bills to the tradition's origins and social media augmentation, get the low-down on the annual turkey pardoning ceremony.

Paradise Papers: Your Retirement Cash May Be In The Caymans. Can You Get It Back?

Pensions, universities and nonprofits are stashing public money offshore, despite secret documents that acknowledge the risks.

Much of the private sector lobbied President Donald Trump to stay in the Paris Climate agreement. New research shows why he probably should've listened to them.

CEOs Criticize Trump For DACA Phase-Out, Having 'No Common Sense'

At a New York Times conference Thursday, several business leaders made plain their views of the businessman-turned-president and his administration.

In the wake of five women's accusations that Louis C.K. engaged in sexual misconduct with them, the comedian was the butt of a few tepid but critical jokes from late night hosts.

A group of bond insurers is pushing to avoid billions of dollars in payments to owners of Puerto Rico's debt, as the country struggles in the wake of Hurricane Maria.

As New Yorkers headed to the polls, Cyrus Vance Jr.’s write-in opponent and his "scrappy campaign" made a last-ditch effort to oust the incumbent.

The Puerto Rico Contract’s Lack Of Transparency? It’s Not Unusual

As the GOP works to take apart the Affordable Care Act, they may want to keep in mind a yearly fee that Obamacare imposes on insurers — the cost of which they pass to their policyholders while their profits continue to rise.

Why Banks Want To Save The National Flood Insurance Program

In An Uncertain Economy, Networking Is Millennials' Social Safety Net

Kelly Hoey, who literally wrote the book on networking, sees the practice as the best bet for young professionals navigating a fast-evolving economy. “We already said, ‘Well, everyone should learn to code,’” the tech investor said. “But machines may do coding for us, so what’s next?”

Underwriters and insurers may profit from a disconnect between the perceived risk of mass violence like the Las Vegas shooting and the actual probability of such attacks.

Even as Gov. Martinez backed legislation to remove elected officials from the state investment council, a continuing IBT investigation found that four additional investment managers made donations to the governor, the RGA and other affiliated campaign groups.

States Hand Out Corporate Subsidies As Their Pensions Suffer

Study: While states debate how to reduce the costs of their public pension benefits, those same governments have awarded local companies with tax subsidies and credits, or allowed them to dodge tax payments by taking advantage of loopholes.

“Don’t do it,” says a department official in the video. Before former Health and Human Services Secretary Tom Price resigned, his office sent staff an urgent mandate on spotting and outing potential leakers.

Who Is Lobbying On Key Provisions Of Trump’s Tax Plan?

Reports from the first half of 2017 show corporations and special-interest groups weighing in on key provisions of Trump’s new tax framework.

Tech Workers ‘Own Their Lives’ Through Freelancing, Study Says

It's a candidate's market, and for those with the most in-demand skills, that means not only higher pay but fewer hours and more flexibility, says a new study.

A year and a half after the Panama Papers leak hit headlines across the globe, the country's finance minister sat down with IBT to discuss what his department has been doing since then to clean up Panama's reputation on the world stage and keep the use of secretive tax havens in check.

As Amazon awaits bids from cities and states hoping to house its new headquarters — and lavish the company with subsidies and tax credits — Colorado Gov. John Hickenlooper hired the e-commerce giant's lobbyist.

Panamanian Finance Minister Dulcidio De La Guardia said the country's president was free of conflict of interest as his administration prosecuted the firm at the heart of the Panama Papers, despite that one of the firm's founders is the president's former adviser and friend.

With the help of a prominent firm whose lobbyists have represented Blue Cross and Blue Shield, AbbVie, AmeriHealth and Johnson & Johnson, among others, Colorado's governor is selling his Obamacare reforms to Congress.

Years after the Obama administration's EPA adjusted its renewable energy laws to favor the refinery owned by private equity firm Carlyle Group, the former president made a stop at the company's recent conference as part of his paid speaking tour this year.

So far, 16 Senate Democrats have promised to sponsor the Medicare-for-All bill, but party colleagues who received the most cash from the health insurance industry have refused to back the legislation.

Equifax Knew Of Risk Of Breach And Inadequate Insurance Coverage

In financial filings before the hack, Equifax expressed worries of a data breach, and the possibility that the company’s "insurance may not be adequate to compensate us" for an associated business loss.