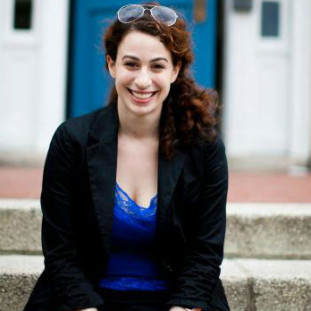 Marco Rubio, In Israel, Is Meeting Netanyahu And Becoming Rather Popular

Marco Rubio, the Republican Party's new 'It' person, is in Israel, where he's already making the rounds like a top statesman.

The spectacularly dressed Oscar Giannino wanted to be prime minister. But there was a problem: a pretty big lie on his resume.

U.S.-born spy Jonathan Pollard is a hot-button issue in Israel, but they're unlikely to get him anytime soon.

In a somewhat surprising move, Netanyahu has signed an agreement with left-wing leader Tzipi Livni, turning up the heat on non-coalition parties.

A photo on Instagram from an IDF soldier has raised many hackles in pro-Palestinian circles.

What Did Prisoner X Know? Israel’s Mossad Was Scared Of Ben Zygier For A Reason

Prisoner X, identified as Australian Ben Zygier, may have been about to turn double agent on Israel for his home country.

The Stanford Experiment: Juggling The Mommy Track With A Doctor's Career; Most Women Can't Do Both

Stanford is experimenting with ways to boost gender equality in higher education and retain well-qualified women who want to have families.

The U.S. Justice Department says the CIA has seven more photographs of Osama bin Laden's corpse, but it won't release them.

Amazon.com has been accused of hiring a neo-Nazi security firm to regulate their temp workers in Germany.

Is your government indirectly funding terrorism in the Middle East?

15 Commanders In 11 Years: How The Face Of The West In Afghanistan Has Changed

A look at the 15 men who have spearheaded U.S. and NATO efforts to rout the Taliban in Afghanistan.

Will Obama Discuss North Korea In State Of The Union Address?

Experts disagree on how last night's nuclear test in North Korea will affect Obama’s State of the Union speech.

Obama's upcoming Middle East trip will include a stop in Ramallah, according to a leaked itinerary.

Hezbollah Is To Charity As Al Qaeda Is To Urban Planning, Israel Says

Israel says it is folly to classify Hezbollah as a "charity organization," and urges the E.U. to reconsider.

It was too late to save her, but the U.N. Human Rights Commission condemned the burning of a young woman as a witch.

Yemen's president called Iran's president to discuss a shipment of arms said to be headed to militants backed by Iran.

The U.N. says the frequency of bribes in Afghanistan is down, but prices have gone up, particularly for teachers.

A group of Syrian youths took a big risk on Thursday, staging a peaceful protest against the regime in central Damascus.

He Said, He Said: Iran Offers Mixed Signals On Nuclear Talks With West

Iran's Supreme Ayatollah says that Iran "will not be intimidated" into negotiations with respect to its nuclear program.

It’s John Brennan’s Day, And Iran Has A Surprise For Him

Iran has footage it claims is from a U.S. spy drone, just in time for John Brennan to take the stand before the Senate.

Tunisia 'In Flames' After Opposition Leader Gunned Down

Opposition leader Chokri Belaid was assassinated in Tunis on Wednesday.

Obama Not Intending To Introduce New Peace Plan In Israel

Obama will not attempt to restart the stalled Middle East peace process on his trip to Israel, the White House said.

Where We Know There Are US Drones

The revelation of a secret drone base in Saudi Arabia has brought up the controversy of U.S. drone policy again. Where do they fly from?

In a video, the Israeli PM commended the Bulgarian government for its investigation into the terrorist attacks of July 2012.

Israel confirmed all 120 members of the 19th Knesset on Tuesday, including 48 new faces.

Obama To Make First Presidential Visit To Israel In March

The White House announced on Tuesday that Obama will make his first trip as U.S. President to Israel.

The Bulgarian government released the results of its investigation into the bus bombing last July: Hezbollah did it.

Pope To Wrap Up Landmark S.Sudan Visit With Holy Mass

Pope to wrap up landmark S.Sudan visit with holy mass

A Visit To Salvador's New 'Mega-prison' Points To Severe Conditions

Ukraine's Zelenskiy Says Situation At The Front Getting Tougher

Ukrainian President Volodymyr Zelenskiy said on Saturday that the situation on the front lines in the east of the country was getting tougher and Russia was throwing more and more troops into battle.