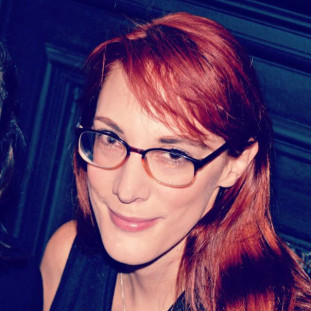 Rebecca Greig is International Business Times' foreign editor. Based in the Middle East, Greig supervises IBT’s growing team of international correspondents deployed from Shanghai to Moscow to Beirut. Born and raised in London, she launched her career as a feature writer at a newspaper in Mongolia, before working as a producer for the BBC and Al Jazeera English. She has reported from Israel and the Palestinian Territories, covering two major offensives in Gaza. Her writing has appeared in Oprah Magazine, Forbes Africa, The Independent, and the New Statesman. She studied politics at Cambridge University, followed by a Masters in journalism from City University, London.

Goodbye EU, Hello Brexit: Article 50, What It Is And What It Means For Britain And Europe

Now that Britons have voted to leave the European Union, how do they finalize the divorce?

Russia, China And Brexit: What Putin And Xi Have To Lose And Gain From Britain Leaving The EU

Russia and China share many interests but Britain’s EU referendum isn’t one of them. IBT lays out the pros and the cons for the global giants of the U.K. leaving the EU.

Brexit Pros And Cons: Who In British Society Backs EU Referendum And Why

“Little Englanders” vs. Europhiles: The Brexit referendum — voters will decide Thursday whether to remain in the EU — has split Brits by region, class and age. Here’s who wants what.

Silence in Soho, London, For Orlando Shooting Victims: LGBT Community Mourn And Celebrate The Lives Of Those Killed By Omar Mateen

Sequins and laughter on a dark night: Residents took to the streets in support of the victims in Orlando and LGBTQ people everywhere.

Diversity, Pinkwashing And All Things High-Tech Are On The Agenda At ‘Lesbians Who Tech’ First Summit In Tel Aviv

This year's gay pride celebration in Tel Aviv lauds “Women in the Community” who are making their presence felt in the male-dominated tech industry.

Israel’s police chief wouldn’t elaborate on who was responsible, but he confirmed the explosion was the result of a bombing.

After Brussels Bombings, What Can European, US Airports Learn From Tough Security Checks At Israel’s Ben-Gurion Airport?

Israel has some of the toughest — and the most successful — airport security operations in the world, and Europe is trying to catch up.

As the European Union and Turkey continue negotiations, 14,000 refugees are stranded on the Greek-Macedonian border.

Tuesday’s suicide bombing in Istanbul, at the hands of a Syrian national, has refugees in Europe worried they’ll be labeled terrorists.

A U.S. citizen and a Palestinian were among five people killed Thursday by Palestinian assailants, authorities said.

"Oh, well, I shall just continue to sunbathe by [the] pool while young men bring me drinks,” said a British vacationer among 20,000 stranded in Egypt since the crash of a Russian airliner.

Rising Death Toll, Palestinians In The West Bank Call For A Third Intifada Against Israel

Young people in the occupied Palestinian territories are taking their rage against Israel to the streets, prompting some to call for a new uprising.

Many Greeks aren't happy with the flood of refugees arriving on their shores, but some are using the new arrivals to their advantage.

Life On Lesbos: Conditions In The Island’s Refugee Camps Are Improving But Not Fast Enough

The last time refugee camps were prevalent in Europe was after World War II. Seventy years later they have returned, the result of the mass exodus from Syria.

Refugees are landing by the thousands on the Greek island, and local volunteers are saving scores from certain death.

Locals, Tourists And Refugees: Fear And Loathing On The Greek Island Of Lesbos

As thousands of refugees land on the Greek island, the new arrivals sometimes face resentment from locals.

European leaders will stage an emergency summit on refugees next week to deal with the mounting numbers crossing EU borders. But for now, they keep coming.

Syrian Refugees Crowned King In The World Of Asylum Seekers; Others Fake It Till They Make It

Thousands are heading to Europe in search of a better, safer life. Some are pretending to be Syrian to improve their chances of staying.

Refugee BnB or Refugee Tinder: Why German Citizens Are Taking Asylum-Seekers Into Their Homes

This year 800,000 refugees are expected to claim asylum in Germany. Most will live in refugee camps, but a new website is matching them with German hosts.

Every day, another 300 refugees arrive in Berlin. Despite the lengthy waits they face, they're happy to be there.

Do Not Pass Go: How Much Suffering Does It Take To Become An Official Refugee?

Last weekend, 22,000 people arrived in Germany by train, but less than a third will gain official refugee status and be allowed to stay.

As tens of thousands pour into Europe, Germany is a favored destination. But as IBT learned in Berlin, Syrians are not being welcomed with open arms.

In both the U.S. and Britain, party leadership contests have been upended by the popularity of marginal candidates.

The killing of Cecil the lion has been globally condemned while other, larger, human tragedies are ignored.

Greek Debt Crisis: A Third Bailout's On The Way But Is The Worst Yet To Come?

The Troika are planning talks on a third bailout in Athens — but what about those people left behind?

ISIS, Al Qaeda And Boko Haram: Who Are The Terrorists Responsible For Ruining Our World?

Every day appears to bring with it another terrorist attack, but exactly who are the militant groups behind them?

Athens signed on to a tough new austerity package, but many Greeks aren't so sure.

Lessons From History: What Do Nazis And The Global Economic Crisis Have To Teach Us About Greece And The Eurozone?

After Sunday's "no" vote, Greece is back to the negotiating table, but history may provide useful lessons for the future of the eurozone.
EDITOR'S PICK
Business

England suffered a sobering reality check as they were outplayed for long periods by a youthful United States side in a tense 0-0 draw in their second World Cup Group B game on Friday.

In Washington, Macron To Seek Relief For Europe Inc Amid China Competition

The couple was captured on camera heading home with their daughter to celebrate Thanksgiving as a family.

The director felt the movie adaptation could be a "career-ender" for her.