If Russia halts gas flow to Europe it could have devastating economic consequences felt around the world, said Deutsche Bank CEO Christian Sewing.

The value of bitcoin could halve this year because it is currently in a bubble, according to the majority of market professionals who responded to a new Deutsche Bank survey. But when this bubble will pop is anyone’s guess.

Deutsche Bank was Trump's primary lender for two decades, and he owes the institution more than $300 million.

Deutsche Bank To Pay $130 Mn To Settle US Probes

Deutsche Bank to pay $130 mn to settle US probes

Donald Trump's three loans have given the bank headaches since 2016, but offloading them is more difficult than it might seem.

Several analysts believe that Apple failed to convince consumers why they should opt to get the higher-end iPhone 12 Pro models instead of the cheaper iPhone 12 and iPhone 12 mini, a report says.

Some of the most well-known banks in the world have been transferring huge amounts of cash for mobsters, fraudsters, criminals, drug dealers and oligarchs.

The two largest Swiss Banks, like most banks across Europe, are under pressure to cut costs

Attorney General Letitia James is accusing the gun-rights group of spending millions of dollars on fancy meals, private jets and vacations to the Bahamas.

Deutsche Bank Subpoenaed As Part Of Criminal Probe Into Trump

Manhattan District Attorney Cyrus Vance has sought financial documents from Deutsche Bank as part of his criminal investigation into the Trump Organization.

JPMorgan has already made similar commitments

European Banks May Suffer More Than $900 Billion In Loan Losses

Some banks in Europe, U.K. are still struggling with the after-effects of the 2008 financial crisis

The shooter, who has not been identified, was found dead from a self-inflicted gunshot wound. He allegedly appeared at the judge's home in a FedEx uniform, then opened fire after the door was opened. 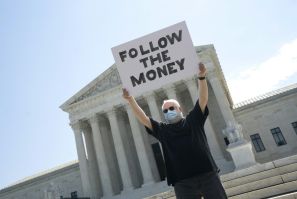 High Court Says Trump Not Above The Law

Manhattan District Attorney Cyrus Vance is investigating campaign law violations stemming from payoffs to two women who claimed they had affairs with the president. 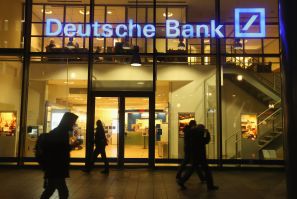 Deutsche Bank Fined $150 Million For Its Relationship With Jeffrey Epstein 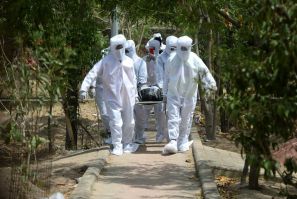 Multinational banking and investment firm Deutsche Bank revealed in a recent report that a disastrous event far worse than the COVID-19 pandemic has a good chance of happening within the next decade. 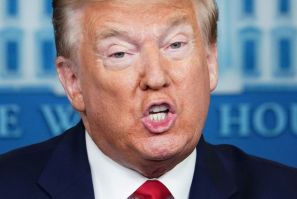 Pandemic Plunges Trump's Net Worth By $1 Billion In A Month

Forbes said Trump's wealth plunge took place in less than a month, from February to March. 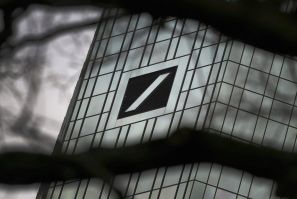 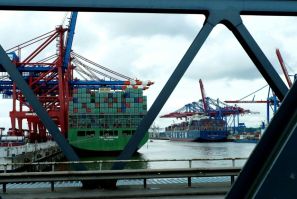 Coronavirus May Push Germany Into Recession