3 Millionaires Paid $55M Each For A Private Trip To Space

Real estate and tech entrepreneur Larry Connor, Canadian financier Mark Pathy and Israeli businessman Eytan Stibbe each paid $55 million to go to space, making them the first-ever private space station crew. They are set to fly on a SpaceX rocket and head to the ISS early next year.

How Do Astronauts Celebrate Thanksgiving In Space?

Being in outer space is no excuse to skip Thanksgiving. NASA has shared images of how astronauts celebrate the annual holiday in creative ways and keep the tradition alive miles away from Earth.

The crew members of Expedition 1 reached the ISS on Nov. 2, 2000, thus becoming the first residents of the space station.

US Astronaut Votes From Space

Electron ballots allowed Rubins to vote, but people back down on Earth face different challenges.

Russia Shuns US Lunar Program, As Space Cooperation Under Threat

Russia shuns US lunar program, as space cooperation under threat

3 Astronauts Launching To ISS This Week, 3 Others Coming Home

The air leak was first detected in September 2019.

For the study, some of the mice sent to the International Space Station were genetically altered to have twice the average muscle mass.

The crew members of the ISS were relocated to the Russian segment of the station after a new air leak was detected.

A UFO expert reported that NASA live cameras on the ISS caught an alleged alien vessel flying in the background.

How To Spot ISS In The Sky From Home

NASA's "Spot the Station" program notifies those who signed up if the ISS will fly over their area.

China To Build Its Own Space Station In Two Years

China revealed that it is planning to build and complete its own orbiting space station in two years.

An astronomer was able to capture a short video of Japan’s spacecraft as it traveled across space to deliver supplies to the International Space Station (ISS). In the video, the robotic spacecraft can be seen producing a bright flash as it proceeds with its mission.

A new study has revealed one of the long-term effects of living in space. According to the authors of the study, they detected microbial changes within astronauts who have lived aboard the International Space Station (ISS) for a long period of time.

China's Space Station To Complete By 2022

The announcement was made after the launch of a new unmanned spacecraft Tuesday.

Fears of COVID-19 reaching space and the International Space Station (ISS) have emerged after a Russian launch official reportedly tested positive for the diseases. According to reports, the official was spotted standing near other Russian officers, cosmonauts and astronauts before the recent launch to the ISS.

An official from NASA confirmed that the proposed Lunar Gateway space station is no longer part of the agency’s plan to return humans to the Moon in 2024. According to the agency, the Gateway is not necessary for accomplishing the upcoming crewed lunar mission. 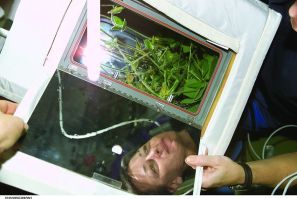 Astronauts aboard the International Space Station (ISS) have been conducting experiments that involve growing plants in space. Aside from helping improve the quality of crop production on Earth, these experiments can also benefit future human space outposts. 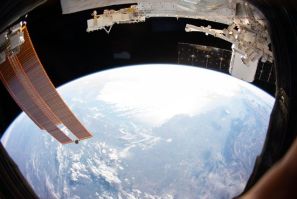 A UFO expert claimed a photo taken by NASA showed an alien vessel hovering near the International Space Station (ISS). According to the expert, it is possible that the alien ship was observing the giant station. 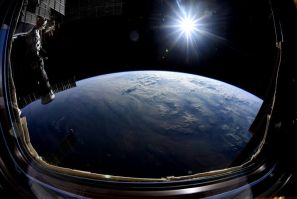 A UFO expert claimed that a video captured by NASA showed a UFO flying near Russia’s Soyuz capsule as it was docking at the International Space Station (ISS). According to the expert, the UFO may have been observing the space station to study the activity of humans in space. 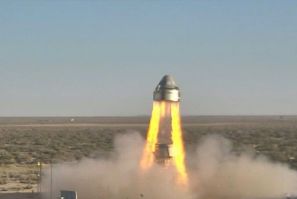 A software problem apparently causes the spacecraft to fire its thrusters at the wrong time, leaving it out of position to dock with the International Space Station. 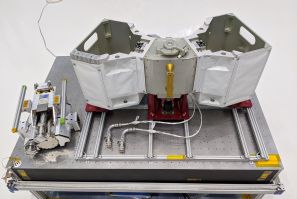 Why A 'Robot Hotel' Is Important To The ISS?

What is the ISS being fitted with a so-called robot hotel? Its first robot tenants are actually quite important. 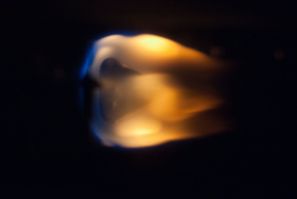 Playing With Fire: Astronauts To Experiment With Fire Aboard ISS

Astronauts will soon be conducting fire experiments aboard the ISS. It is not the first fire-related experiment conducted in space. 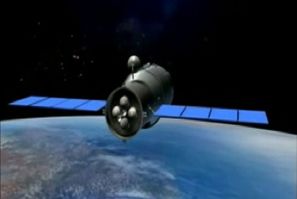 China is planning to put its permanent space station into operation by 2022. The project is a part of China's manned space program launched in 1992.
Latest news
NASA To Extend Astronauts’ ISS Missions In Preparation For Mars
ISS Astronauts Grow Meat In Space For The First Time
Russia Knows How A Hole Formed On The ISS
Von Braun, World’s First Space Hotel, To Open In 2025
ISS Astronauts Study What Happens To Concrete When Mixed In Space
EDITOR'S PICK