American Idol (also known as American Idol: The Search for a Superstar) is a reality television singing competition created by Simon Fuller and produced by FremantleMedia North America and 19 Entertainment, which began airing on Fox on June 11, 2002. Part of the Idol franchise, it is a spin-off from the UK show Pop Idol. The concept of the series is to find new solo recording artists, and has since become one of the most popular in the history of American television. As of January 2011, it is the most-watched TV series in the Nielsen ratings and is the only program to have been number one for six consecutive seasons, surpassing All in the Family and The Cosby Show, which were both number one for five consecutive seasons.

The final roster of ?American Idol? judges has been announced, with Nicki Minaj and Keith Urban officially joining Mariah Carey as the replacements for the departed Jennifer Lopez and Steven Tyler. Randy Jackson, who has been a host on the show since its inception, will return after rumors surfaced that he?d be leaving the show.

The ‘X Factor’s’ Simon Cowell Ignites Twitter: ‘If Madonna, Bobby Brown & Dracula Had A Child It Would Be You’

Simon Cowell arguably turned out to be the breakout star from "American Idol" and now he's making headlines on his newer show that appears on FOX Wednesday nights, "The X Factor."

While it was reported earlier this month that Latin singer Enrique Iglesias would be the fourth Idol judge, it appears that Randy Jackson will be staying at the judge's table on the hit talent show

Randy Jackson is officially off American Idol, sources connected to the hit Fox show tell TMZ. Thirty Mile Zone is reporting that Jackson, who's been a judge on the show since its beginning in 2002, is officially leaving the judge's table, but will still remain a part of the show as a "mentor."

Nicki Minaj has already inked major deals with M.A.C. Cosmetics, and a line of nail polishes with O.P.I. Now she can add perfume fragrance to her long list of products

Kanye West May Be Adding 'American Idol' Judge To His Resume

Shortly after reports that rapper Nicki Minaj may be joining the judging panel on the hit talent competition, "American Idol," sources are saying that rapper Kanye West may become a judge on the show as well

Though the two divas worked together on Mariah Carey's single, "Up Out My Face," apparently Carey no longer wants to work with rapper Nicki Minaj, namely as a judge on "American Idol."

Like most of you, we were surprised to learn that rapper Nicki Minaj will be joining Mariah Carey as a judge on American Idol next season. With curt credentials like being Lil Wayne's protégé, we're not so sure the colorful lyricist has what it takes to be judge material.

Nicki Minaj To Become ?American Idol? Judge With Mariah Carey, Nick Jonas Could Be Next

Nicki Minaj is reportedly in talks to become a judge on ?American Idol,? joining Mariah Carey as the floundering reality series tries to revive its ratings. Meanwhile, 19-year-old heartthrob Nick Jonas also confirmed he was being considered for a spot at the judges? table as well.

According to Advocate.com, “Three Stooges” and “Will & Grace” star Sean Hayes will be reuniting with former co-star Debra Messing on NBC’s “Smash.”

Country singer Scotty McCreery took a tumble on Friday while performing at a Brad Paisley show, with photos and a video of the "American Idol" winner's fall circulating online.

Could Nick Jonas Be The Next 'American Idol' Judge?

"American Idol" hopefuls already have so much to look forward to as they wait in line and clutch their numbers on auditions days; the chance to showcase their vocals talents on national TV, the chance to compete in the world famous talent search, and ultimately the possibility that all their show buisness dreams can come true. This year, however, there could be a new reason for the singers to swell with excitement -- the chance to meet a Jonas brother.

Jennifer Aniston’s Shorts And Braless Look On Set: 5 Other Celebs That Sizzle In Shorts This Summer [PHOTOS]

Jennifer Aniston has certainly come a long way from the quirky role of Rachel Green on “Friends.” On Thursday the actress showed off her tan legs with style, sporting a pair of roughed-up skimpy shorts on the set of her new movie “We Are the Millers.”

Aerosmith is set to release their latest studio album "Music From Another Dimension," which will drop on November 5. The band has tapped a number of outside talents to add some unique flavor to its new album.

Kellie Pickler went patriotic for Maxim magazine's latest cover and photos spread in its annual Salute to the Military issue.

Mariah Carey Joins 'American Idol' As Judge: How Much Will She Make?

American Idol has landed Mariah Carey to star as a judge for Season 12 of the singing competition show as the Fox program deals with the departures of Steven Tyler and Jennifer Lopez. How much will she make? 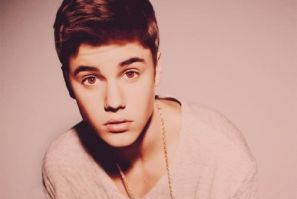 The Teen Choice Awards, airing Sunday from 8 to 10 p.m. EDT on Fox, will have teenagers all over the world tuning in to see which movies, musical artists, and television shows have been judged the best. 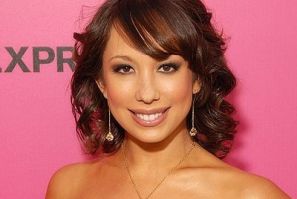 Cheryl Burke is dating Joffrey Lupul of the Toronto Maple Leafs. Burke, a professional dancer on the ABC television show Dancing With the Stars, first met the professional hockey player when she was a presenter at the NHL Awards last month.

As they have done many times before, Fox and production partners FremantleMedia and 19 Entertainment are currently searching for new talent at the judging table. 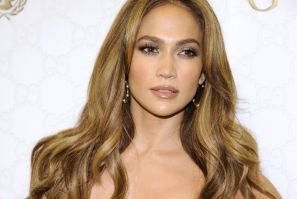 Was 'American Idol' Unwilling To Pay More For Jennifer Lopez?

Ever since news of Jennifer Lopez quitting the reality singing competition American Idol started doing the rounds, there seemed to be more to the issue than actually met the eye. 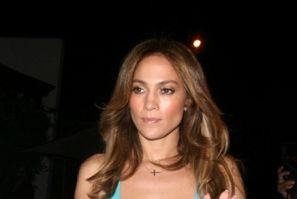