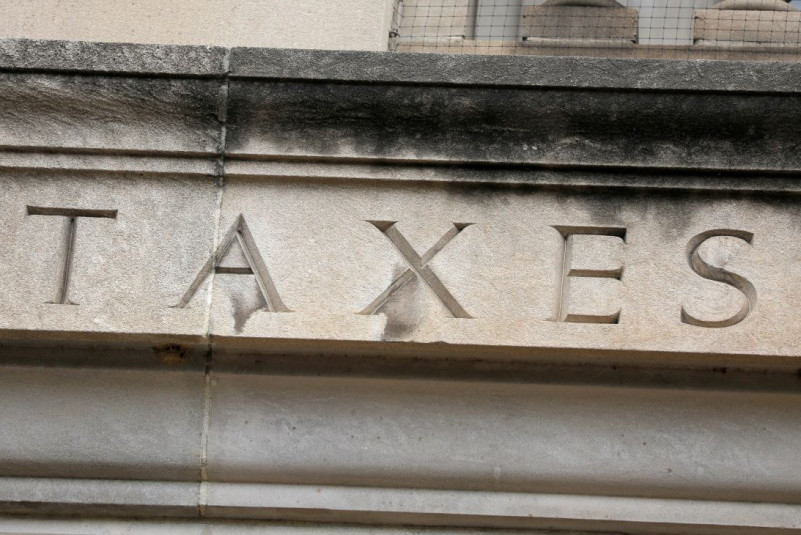 Venmo Payment Soon To Be Available At Amazon's Checkout

Amazon will start accepting Venmo as a payment starting on Black Friday.

Woman Claims Friend Invited Her Home For Dinner, Then Charged Her For Meal

The woman said she received a $20 Venmo payment request after she left her friend's house.

Could You Be Taxed For Payments On Apps? How A New Rule Could Affect Payments

A new rule under the American Rescue Plan to go into effect Jan. 1, 2022 could affect how and when users report taxable income on payment apps like PayPal.

Venmo, PayPal, And 19 Other Online Payment Apps For Buying And Selling Cryptocurrency

Venmo customers can now buy or sell Bitcoin, Ethereum, Litecoin, and Bitcoin Cash in the app as well as make transactions.

This marks the first time Bitcoin closed above a resistance it has failed to break in almost three years.

Laura Loomer has frequently promoted conspiracy theories and has been banned from numerous social platforms due to her controversial statements.

A 13-year-old from the Bronx celebrated his graduation to high school with an epic video that went viral on Instagram.

The heavy correlation of Bitcoin with the stock market could mean that the world’s first cryptocurrency will be stuck in the $6,000 - $10,000 range until 2021.

Pundits and analysts offered mixed reactions over whether the news is positive for the world’s first cryptocurrency or not.

PayPal, Venmo To Allow Buy And Sell Of Cryptocurrencies On Their Platforms

PayPal is reportedly working to offer cryptocurrency directly to users of its payment platform and the mobile payment app Venmo.

Tyler Cameron said that he is in no rush to become a dad.

‘90 Day Fiancé’ Where Are They Now: Can Nicole Afford To Reunite With Azan?

Services Like Plaid Could Disintermediate Banks. Here’s What They Can Do About It

The Visa acquisition of Plaid is the latest event in an ongoing paradigm shift that threatens to disintermediate banks and remove their interface with the customer for good.

Card giant Visa intends to buy Plaid for an amount 30 times greater than its revenue.

New York Could Launch Own Cryptocurrency, Blockchain Banking: How Will It Work?

Facebook's Libra might be in limbo at the moment with a 2020 debut sounding doubtful, but that doesn't stop New York from seeing the residents of its state transacting with its own cryptocurrency.

Is Pepsi Releasing Its Own Cryptocurrency? This Is What ‘Pepcoin’ Really Is

Joining the growing number of brands that have embraced the world of crypto and blockchain is Pepsi.  Wait...no, that's not true.

Square, Inc. had a great Tuesday on the stock market after the launch of its mobile payroll app.

Why Has Snapchat Ended Its Payment Service Snapcash?

Snap confirmed on Monday that users can expect its money-sharing feature to end this month.

A new software update on Tuesday made Gmail the latest mobile app to allow users to transfer money from one to the next.

How To Instantly Transfer Money From Venmo To Bank Account

Venmo now lets users transfer money on the app to their bank accounts -- for $0.25.
About Venmo