Pope Francis Says Homosexuality Remains A Sin, But Admits It's 'Not A Crime

Pope Francis says that homosexuality is "not a crime," but remains a sin in the eyes of the Church.

Ivana Trump's Last Will Revealed: Donald Gets Nothing

The socialite has left behind a condo worth $1 million to her former nanny while her ex-husband Donald Trump got nothing.

Why Conspiracy Theorist Alex Jones Won't Be Welcomed Back To Twitter

"Anonymous will shut you down and your own people will remove you from power," the hacktivist collective said.

Why Do Americans Celebrate Labor Day?

The celebration of Labor Day extends from the 19th century onward and is still a valuable reminder of how important workers' rights are to U.S. history.

A Pennsylvania man plowed a car through a fundraising event and then was arrested for killing his mother.

Violence In Tijuana Causes US To Issue 'Shelter In Place' Order

The violence in Tijuana, Mexico led to a shelter in place order on Friday from the U.S. government to citizens and employees in the area.

National Cheeseburger Day is Tuesday, Sept. 18. Burger joints across the nation are celebrating this momentous occasion with a variety of deals, while others are honoring the day by using your cheeseburger purchase to benefit charity.

All is back to normal at Louisiana State University after a bomb threat received Monday morning forced a campus-wide evacuation. No explosives were found.

A man named Toakai Teitoi said he was saved by a six-foot shark after being lost at sea for 15 weeks.

Mexican Prison Break Near US Border

Over 130 inmates have escaped from a Mexican prison in Peidras, located across the border from Eagle Pass, Texas. Mexican authorities have undertaken a massive manhunt, while U.S. authorities are closely monitoring the border to assist in the recapture of any prisoners that try to cross.

?Gorilla Carries Toddler? Video Goes Viral; Will There Be A Backlash Against The ?Gentle Giants?? [VIDEO]

A video that is more than 20 years old has gone viral after a video that was shot at the Howletts Wild Animal Park in the United Kingdom was released, the New York Daily News reported.

Chicago Mayor Rahm Emanuel will head to court this week to end the Teachers Union strike, which, he says, is using the city's children as pawns. 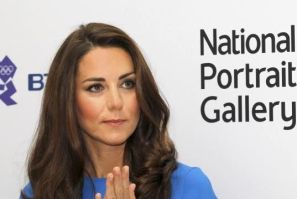 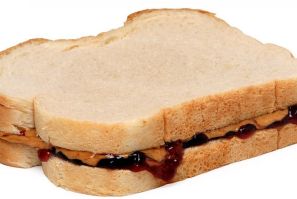 A Viola, Ark., schoolboy was denied his homemade peanut-butter-and-jelly sandwich at lunch because of a ban on peanut products, sparking an outcry on Facebook over lunchtime rights and the ever-growing list of child-safety-oriented rules that leave some parents hungry for common sense.

The PB&J Ban, Kate Middleton Topless Photos, And The End Of Respect

Few would say we're living in a time when people have much respect for each other. The Internet that was supposed to have ushered in an "information superhighway" has morphed into a snarky battleground and the presidential race reeks of angry versus angrier instead of being suffused by what voters need. Now, though, we're arguing about banning PB&J sandwiches and the Kate Middleton topless-photo scandal. 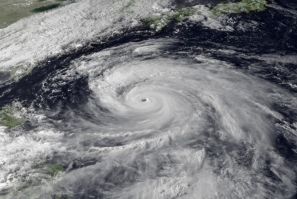 Influx of wealthy immigrants into Zug, Switzerland's richest canton, do not blend well with local residents, causing friction between the two groups. A Swiss farmer turned down $30 million, refusing to have more apartments built on his farmland.