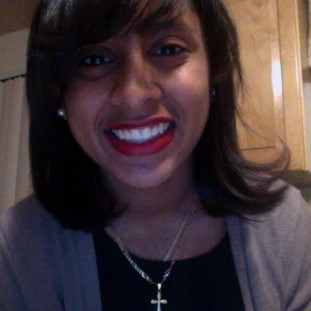 Alicia Perez is a Jeannette K. Watson fellow interning for ten weeks as a general assignment reporter at IBTimes. She is entering her junior year with honors at Marymount Manhattan College, studying International Studies and Economics with a minor in Journalism -- because sleep is overrated anyway. Previously as a J.K. Watson fellow, Alicia interned in the Operations Department at Donorschoose.org and the Gotham Gazette covering New York City politics.

The Supreme Court could strike a huge blow against public sector unions today in a decision involving union fees.

The Z-2 prototype is being upgraded by NASA with a launch date in mind.

World War I: Bosnian Serbs Celebrate Assassin Who Sparked The Great War, But Others Abhor The Shooter

One supporter of the gunman whose shot 100 years ago started World War I says the shooter "began the liberation from serfdom and slavery."

After failing to secure a cease-fire on Friday, Ukrainian officials and pro-Russia separatists resumed negotiations on Monday.

BNP To Pay Nearly $9B To The US For Sanctions Violations Involving Sudan, Iran, Cuba

The bank is expected to admit it hid transactions that routed funds to sanctioned countries like Sudan, Cuba and Iran.

After extensive interviews, Malaysian police have identified the MH370 pilot as the prime suspect in the jet's disapperance.

How To Get Your Marijuana Trial FDA Approved

The FDA released the process to get marijuana clinical trials approved just as the 23rd state joins the 420 club.

Still rebounding from a cold winter, lumber prices are expected to turn around by the end of the year.

Corinthian Colleges Could Shut Down In The Wake Of Federal Investigation

Corinthian Colleges may shut down in the wake of a Department of Education probe.

Two years into his Ecuadorian Embassy confinement, the WikiLeaks founder speaks out - and reveals nothing.

Another European official warns against increasing jihadist activity in Europe.

British Prime Minister David Cameron warns parliament to take Iraqi crisis seriously, or it will "come back to hit the U.K."

The five-month platinum miners strike may be coming to an end in South Africa, but credit ratings agencies say, "Enough is enough."

The Iraq crisis revives the one issue she least wants back in the news.

Reps. Michele Bachmann and Steve King want to hold off on electing a majority leader, since no one is "conservative" enough.

Jeb Hensarling Backing Down From Majority Leader; Pete Sessions Is In

"After prayerful reflection, I have come to the conclusion that this is not the right office at the right time for me and my family."

With Eric Cantor set to resign his leadership post in the coming weeks, GOP elites have already started vying for his job. Who will it be?

The House of Representatives passed legislation today that would allow patients to go to non-VA hospitals or clinics for treatment.

The BodyGuard, ProTecht's Bullet-Resistant Blankets Created In Response To Increase In School Shootings

The only thing stopping a bad guy with a gun is a good guy with ... a bullet-proof blanket.

Chinese Internet Giant Tencent shut down 5 percent of its active-user base as China attempts to clean up its web.

An internal audit by Veterans Affairs says its goal of giving appointments within 14 days of request is "unattainable."

Long-term unemployment linked to higher rates of depression, according to a recent Gallup poll.

Student Leah Francis organized a rally to demand the university toughen its response to sexual assault.

China has issued a complaint against the White House's statement that supports the Tiananmen Square massacre protesters from 1989.

Belief In Evolution Has Doubled Among Americans: Poll

According to a poll of more than 1,000 Americans, support for evolution has doubled, while belief in "divine-intervention" has decreased.

A new row has erupted between France, Germany and Spain over nuclear energy, with Paris furious about a lack of support from Berlin and Madrid for its efforts to have nuclear-derived hydrogen labelled as 'green' in EU legislation, sources said.

Southwest To Tell U.S. Lawmakers 'We Messed Up' During Holiday Meltdown

DOGE Shows Signs Of Breaking Out, Huge Spike Could Be In Tow: Analyst

While its current price is a far cry from its all-time high price of $0.731578 in May 2021, Dogecoin holders are hopeful that good things are yet to come.

Ebay To Cut 500 Jobs To Focus On 'High-Potential' Areas

Brazil's environmental and indigenous agencies have launched an enforcement operation in the Amazon rainforest to expel thousands of illegal gold miners blamed for causing a humanitarian crisis among the Yanomami people, officials said on Wednesday.

State of the Union 2021: Here's A Complete Transcript Of Biden's Speech

President Joe Biden delivered his second State of the Union address on Tuesday.

Mexican authorities arrested a medical doctor and two others on Tuesday in relation to a meningitis outbreak that has killed 35 patients since December.

Biden State Of The Union Address 2023: Special Guests Who Attended The SOTU

The Mega Millions jackpot continues to roll after Tuesday's drawing for $31M had no winners, raising Friday's jackpot to $50M.