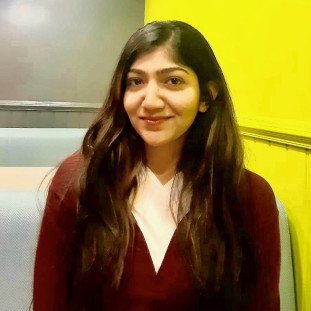 Anjala is a multimedia journalist and writer-producer with experience in writing for a varied audience. If not found stressing over the news and the sorrowful state of democracy, she can be found lost in the wilderness of nature or traveling to the next destination on her bucket list.

Let us welcome the fall season with pumpkin-spiced lattes and some heart-warming quotes.

Low humidity and high temperatures, which broke multiple records for the day, continue to pose a significant fire risk across many of the state's valleys, foothills, mountains and desert regions.

The woman was booted off the flight for using abusive and unacceptable words, Jetstar said in a statement.

The alarming component of the AirDrop feature is the lack of consent.

If stores are found selling whipped cream cans to people below the age of 21, they will be fined $250 the first time, with subsequent violations going up to $500 in fines.

The United States Army conducted the first nuclear test, known as Trinity, in a desert area of New Mexico which led to the Hiroshima Nagasaki tragedy.

The man said he did not realize an alligator was in the water until he felt "its teeth after feeling the scales."

She made the decision to devote her life to God at the age of 12, and lived a life of helping others and spreading love.

Authorities said the altercation ended when the father, who is skilled at martial arts, choked the racist attacker.

The daughter also admitted that she was angry with her mother when the incident took place.

The autopsy report of Lori revealed an unmarred fragment of the mulberry leaf, often marketed for weight loss, was found in her stomach.

Aug. 24 was chosen as Kobe Bryant because of the numbers on the late basketball legend's jerseys.

She was trekking with her friends when the flash flood carried them downstream.

In a relentless bid to achieve the American dream, many migrants attempting to enter the country die due to exhaustion, heat, and drowning.

The looters reportedly took a variety of items from the store, including snacks, drinks, cigarettes and lottery tickets.

The day celebrates photographers of all experiences and encourages people to pursue it as a hobby or profession.

R. Kelly Trial: Woman Says Singer Had Sex With Her 'Hundreds' Of Times

The woman, now 37, said she has been given immunity from prosecution for perjury at the state grand jury in exchange for her testimony in the federal trial.

Woman Sues Colleague For Allegedly Giving Her A Rib-Cracking Hug

The pain that started following the hug grew drastically over the next five days.

The men had also killed the woman's 3-year-old daughter.

The woman flagged them for help and robbed them at gunpoint.

The boys who dove into the water were seasonal workers at a restaurant on the Island.

Ukrainian Air Force authorities quipped that Ukraine is pleased that the Russian army disregards fire safety regulations that frequently cause such explosions.

'Rust' Shooting: Baldwin Thought Gun Was Safe Because It Was 'Cold', Claims Lawyer

The medical investigator's office concluded the shooting was an accident, and cited "the absence of obvious intent to cause harm or death."

Rum experts believe that the liquor has a myriad of health benefits in addition to its rich flavor and smooth texture.

Wendy's Employee Arrested For Murder After The Customer He Punched Dies

A customer complained about his food order at which time, Wendy's employee came out from behind the service counter and struck the customer in the head.

"The woman was leaning over into the passenger seat begging for help. She had blood on her face and was screaming," one of the boys said.

A look at the day ahead in Asian markets from Jamie McGeever.

The U.S. Coast Guard on Monday imposed a temporary security zone in waters off South Carolina during the military's search and recovery of debris from a suspected Chinese spy balloon that a U.S.

A Kentucky woman has claimed she's been sending letters and photos of herself to Idaho murders suspect Bryan Kohberger.

Ava may make a lethal decision in her quest to make Nikolas pay for cheating on her with Esme on "General Hospital."