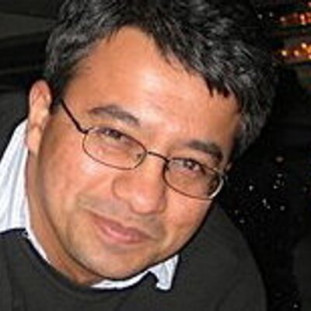 Arjun Kashyap is Deputy Managing Editor and Bangalore Bureau Chief. A business journalist who began his career as a financial analyst, he has journalism degrees from Michigan State University and Columbia University in New York, and an MBA from Mumbai University. He heads the team in Bangalore, India, and manages the IBTimes.com website during the India work day.

By 2020, as more Indians living in rural hinterlands come online, the internet user base in the country could double to 700 million.

The attack, claimed by ISIS, comes a day after a UN envoy met with the country's president to plan an end to the months-long civil war.

India's GDP Growth Exceeds Estimates To Grow At 7.4% In Q2

The growth exceeded analyst estimates, which had pegged growth for the September quarter to be at 7.3 percent.

The elections were seen as a referendum on the prime minister’s party, which has been mired in controversy in recent weeks and struggled to push through key reforms.

UK Q3 GDP Slows To 0.5%, Below Expectations And Down From 0.7% In Previous Quarter

The Office for National Statistics released a preliminary estimate of U.K.'s GDP that showed economic growth had slowed to 0.5 percent in the third quarter.

Yogi Berra, Baseball Legend And Creator Of 'Yogisms', Dead At 90

The round of elections in Greece Sunday is the country's fifth in six years -- and the third in 2015 alone.

The move has been preceded by bloody protests that have claimed several lives in the past few weeks.

While Wednesday’s rally was seen as a reversal of Tuesday’s rout, investors continue to look to China for further cues.

Stock exchanges across Europe opened higher Wednesday but were unable to hold on to gains, even as Asian markets coped with volatility.

Eurozone Grew 0.3% In Q2; Germany And 4 Other Countries Also Grew Slower Than Estimated

The European Central Bank called the performance disappointing and expressed concerns of a further hit if the Federal Reserve raised interest rates.

Last week, the Taliban claimed responsibility for an attack on a guest house that claimed the lives of 14 people.

The move is seen as the Roman Catholic Church’s effort to express support for the small and shrinking number of Christians in the birthplace of the religion.

The cut by China's central bank is its third such move in six months as the country's leadership tries various tacks to spur growth.

Neighboring nations and the U.S. have dispatched aid to the country because of the earthquake that triggered the worst-ever disaster on the slopes of Mount Everest.

AirAsia CEO Tony Fernandes took to Twitter to express his feelings as reports emerged of debris and bodies being found in the Java Sea.

A body and other objects, suspected to be from the missing plane, are being brought to an Indonesian navy ship, reports say.

There were 131 people on board the Boeing 737 airplane operated by India-based Jet Airways.

The missing plane is an Airbus A320-200, which was delivered to AirAsia in October 2008, according to Airbus.

The plane had requested permission to change its flight plan and fly at a higher altitude to avoid bad weather.

A prominent representative of India's Muslim minority in Narendra Modi's government has spoken up against terrorism in India.

Mike Nichols, Award-Winning Director Of 'The Graduate' And Other Works, Dead At 83

The film and theater director known for works like "The Graduate" and "Who’s Afraid of Virginia Woolf?," died Wednesday night. He was 83.

Users took to Twitter to vent their frustrations and poke fun at the social network giant's brief breakdown.

But the state can still carry out the execution within the next 24 hours if the state high court rejects the prisoner's appeals.

Quarterly earnings should provide direction on a day that seems set for a slow start after a string of record-breaking sessions.

From inflation allowances to the reskilling of workers, firms in Japan are stepping up efforts to help employees fight rising prices and a labour crunch, even though some cannot afford pay hikes that do more than offset cost-push inflation.

Probed In Brazil, Bolsonaro Seeks Six More Months In US

The FiiO M11S is one of the latest creations from the Guangzhou hi-fi company, a model that will represent the most affordable DAP that FiiO plans on releasing

As extreme weather and human activity degrade the world's arable land, scientists and developers are looking at new and largely unproven methods to save soil for agriculture.

Haitians In The U.S. Feel Pressure To Sponsor Friends, Family Back Home

Everything We Know About Rihanna's Super Bowl Halftime Show

Find out all about Rihanna's Super Bowl 2023 Halftime Show and other performers scheduled for the big game.

Will Nina Use Drew For Revenge On 'General Hospital'?

Nina may find a way to use Drew to make Carly pay for hiding the truth about her connection to Willow on "General Hospital."