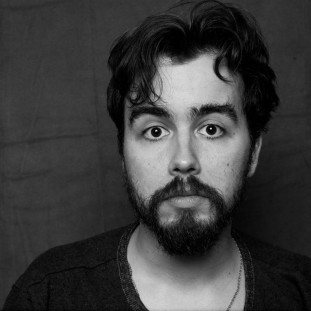 Brendan James is a staff writer for International Business Times. He previously worked as a reporter for Talking Points Memo and Yahoo! News. His writing has also appeared in Newsweek, VICE and Salon.

But those same unions have been quiet about Hillary Clinton’s onetime support for the trade pact that Trump has spent his campaign lambasting.

Pundit George F. Will announced he has left the party, and former Treasury boss Hank Paulson said he will vote for Clinton in November.

At least 15 people were killed and at least 12 wounded in a Mogadishu hotel that is a haunt of politicians and military officials.

The fashion magazine gets political and asks Ivanka to stop her presidential candidate father, while the Economist mocks the latter as ‘poor.’

The United Kingdom needs a leader. Here are the likely suspects.

Even after Facebook board member Peter Thiel admitted he tried to bankrupt Gawker Media through a secret proxy legal campaign, the PayPal billionaire will remain at the company.

Contrary to the narrative that the Republican was lambasted from the get-go, the media gave him balanced coverage, a Harvard study found.

While the news media focuses on Omar Mateen’s ties to ISIS, many on social media wonder if his police officer aspirations are being ignored.

Facing bankruptcy, the digital media company put out a statement planning to sell its seven sites to the publisher of IGN and PC Magazine.

The besieged site is filing Chapter 11 after legal battles at least partially orchestrated by a tech billionaire — but at least one publisher has expressed interest in the company.

Death To The ‘View From Nowhere’: How Donald Trump Broke The Media’s Brain

The mogul’s candidacy is forcing newsrooms to rethink long-standing journalistic ideas about objectivity.

Smaller news outlets that lack the resources to pump out high-end sponsored content can now pull some from the big wire service.

After enjoying a strong election-year traffic boost, many media shops are now seeing the downside.

Vietnam veterans were the last generation of soldiers drafted and the first to be spat on. Now, as they enter their upper years, the Veterans Memorial is what binds them together.

Gawker’s jobs are union jobs and therefore the WGAE's responsibility. How can it protect these workers?

Now that Thiel's vendetta against the media gossip site is the talk of the town, media baron Nick Denton is on the offensive.

The Empire Strikes Back: Disney CEO Bob Iger Asks Bernie Sanders, ‘How Many Jobs Have You Created?’

Sticking to the spirit of his left-leaning populist campaign message, the U.S. presidential candidate recently put Disney on notice.

Gawker vs. Thiel: R.I.P. To The Tony Stark Theory Of Journalism

Billionaires could save journalism, but PayPal founder Peter Thiel reportedly has bankrolled the destruction of an entire media outlet.

Meanwhile, the company promoted ex-Bloomberg maven Josh Tyrangiel to reign over the entire news division as well as its HBO shows.

They were supporters of the Shia cleric Moqtada al-Sadr, whose movement has clashed with the Iraqi government.

So far the images provide clues but no concrete answers to what happened to the downed jet carrying 66 people this week.

In his latest charm offensive, the Facebook founder has invited high-profile conservatives to have a “direct conversation.”

Third-party analytics firms could shed light on whether Facebook editors gave Black Lives Matter a boost. But they won’t.

Allegations that conservative topics have been suppressed on the social network's “Trending Now” sidebar have raised ethical questions.

In the voracious symbiotic cycle of politics and media, there are no clean hands (whatever size they may be).

Myspace Saves Time Inc., Kicks Off First Revenue Growth In Over A Year

The magazine publisher's sales are growing again — no easy feat in the Internet Age — in part because of its acquisition of Myspace owner Viant.

The data in the newspaper's latest earnings report casts doubt on the value of its growing wave of online subscribers.

An article by billionaire Paul Singer fawned over Argentinia’s new president, but failed to mention a big number.

German Chancellor Olaf Scholz sought to drum up support for Ukraine during his first South American tour although differences with his hosts emerged, with Argentine President Alberto Fernandez declaring the region was not planning on sending weapons.

Most Adani group shares extended their sharp falls to Monday as a detailed rebuttal of a U.S.

One of the execs who will leave is Oscar-nominated producer Ben Browning, who oversaw the couple's Netflix docuseries, "Harry & Meghan."

"My son, Brandon Smiley, has passed away this morning," Rickey Smiley said in the video shared on Instagram.