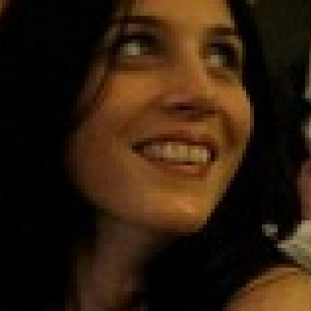 Ellen Killoran is the Media & Culture Editor at IBTimes. She previously contributed to The L Magazine, Brooklyn Magazine, and The Daily, and co-produced the HBO documentary "Youth Knows No Pain." Write her at e.killoran@ibtimes, and follow her on Twitter @EllenKilloran.

Bennett Miller's "Foxcatcher" is based on the true, but hard to believe, story of John du Pont and his obsession with brothers Mark and Dave Schultz.

Adam Sandler may be known as a critical and box-office failure, but a four-picture deal with Netflix makes him anything but a loser.

Large theater chains are refusing to carry the sequel, which will hit Netflix the same day as the theatrical release.

Women Are Marginalized In Movies Throughout The World, And Hollywood Is Among The Worst Offenders: Study

A recent analysis of gender representation in films shows the U.S. trailing many foreign markets in the amount of screen time given to women.

David Fincher directs Gillian Flynn's adaptation of her best-selling novel about a marriage that is not what it appears to be.

Peoria Mayor Twitter Parody Account Led To A Police Raid, A Drug Charge And A Lawsuit Against The City

John Daniel of Peoria, Illinois, thought he was just having a little fun when he created a parody Twitter account of Mayor Jim Ardis.

Major sponsors have released statements condemning the NFL for its handling of domestic abuse incidents, but only one sponsor has cut ties.

“Nothing has ever come easily for me,” Joan Rivers once said. “My whole career has just been hard, hurting, little steps."

'Love Is Strange' Review: My One And Only In New York

Ira Sach's "Love is Strange" follows a middle-class gay couple who pay a price for exercising their right to marry.

Is Tony Soprano Dead? David Chase Gives Us The Answer We Never Knew We Didn’t Want

A film critic and friend of David Chase's claims the "Sopranos" creator answered the question he's been avoiding since the notorious series finale.

The New York Times published profiles of Mike Brown and Darren Wilson, the officer who killed him, on the day before Brown's funeral, angering many readers.

James Foley, GlobalPost And The Private, Multimillion-Dollar Investigation To Find The Kidnapped Journalist

Foley was a freelancer for the GlobalPost, which reportedly paid millions to try and track the journalist down. But was it money well spent?

Tom Jackson may have further damaged the reputation of his department — and of police in general.

Welcome To The Gunn Show: How Nicole Perlman Is Being Written Out Of ‘Guardians Of The Galaxy’

Nicole Perlman is the first female ever to have a writing credit on a Marvel movie, but her breakthrough is facing pushback from James Gunn.

Jezebel published a memo to Gawker criticizing it for ignoring an escalating problem of rape imagery posted anonymously.

"Teenage Mutant Ninja Turtles" performed unexpectedly well at the box office this weekend, despite poor reviews. But "Guardians of the Galaxy" stayed strong domestically and overseas.

Amazon is reportedly opening its wallet to make political alliances in Washington, D.C., as it aims to roll out a drone delivery service.

PETA Responds To Detroit Water Shutoff Story: ‘We Put Our Money Where Our Mouth Is’

In a letter to the editor, PETA objected to a story IBTimes published last week about the subsidies offered to Detroit residents facing a water shutoff who agreed to go vegan.

A Chinese production company announced a domestic "rival" to "Avatar," which it hopes will boost the box office success of homegrown films.

MH17 And The Russian Media: Why The Kremlin’s Propaganda Machine Is So Effective

State-run television stations offer an interpretation of the MH17 disaster absolving Putin of responsibility; Russians seem to be buying it.

In the same week that Lionsgate and Alibaba announced a Chinese streaming service, censors have put Internet TV providers on notice.

Nadine Gordimer Death: Author Took Apartheid On, But Didn't Want To Be Known As A Political Writer

Few knew Nadine Gordimer's work better than Robert Boyers, the editor of a small literary magazine to which she would submit work ahead of the New Yorker and Harpers.

U.S. Central Intelligence Agency Director William Burns said on Thursday that Chinese President Xi Jinping's ambitions toward Taiwan should not be underestimated, despite him likely being sobered by the performance of Russia's military in Ukraine.