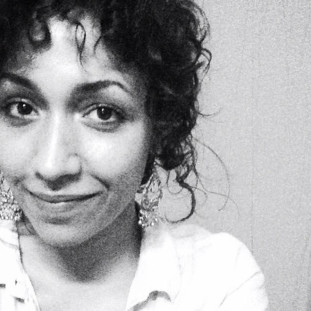 Fortin is the IBTimes Africa Correspondent based in Addis Ababa, Ethiopia. She joined IBT in February of 2012, and has previously worked as an editor and reporter for various publications including The Suit Magazine and The Glass Hammer. Fortin is from New Bedford, Mass. and received a B.A. from Northeastern University in Boston.

Beijing's policy of nonintervention in oil-producing countries is becoming a bit more flexible.

Riek Machar tells IBTimes that the opposition is headed for the Paloch oil fields, but civilian fighters have motivations of their own.

Cluster-bomb remnants have been found in South Sudan, but it's hard to determine who is responsible.

A World Bank study found that changing one key social institution in Ethiopia made a big difference for women at work.

President Obama's Power Africa initiative is just gearing up with a groundbreaking geothermal project in Ethiopia.

Hailemedhin Abera Tegegn: Who Is The Ethiopian Airlines Hijacker, And Why Was He Desperate For Asylum?

The Ethiopian Airlines co-pilot who diverted nearly 200 people into Geneva in a bizarre attempt to escape his home country.

Agriculture was meant to be the theme of this week's AU summit, but CAR and South Sudan took center stage.

Both sides of the conflict in the world's youngest country report ongoing clashes.

South Sudan Ceasefire: Delegates Sign Agreement, But The Work Is Far From Over

A ceasefire signed in Ethiopia is the first lull in the conflict, but nowhere near a peace deal yet.

Drones For Development: How 'Flying Donkeys' Could Revolutionize African Economies

Aftermath In The Central African Republic: One Mad Dog, Millions Of Ruined Lives

The world's thinking about South Sudan right now, but next door, one of the world's poorest nations is also dealing with a major crisis.

Face To Face: Can Addis Ababa Talks Stem The Violence In South Sudan?

Talks between Riek Machar and President Kiir supporters are underway; the future of the world's youngest country hangs in the balance.

A new regulatory framework on Internet crime is up for a vote at the next African Union summit.

South Sudan Conflict: As US Moves To Defend Embassy And Evacuate Its Citizens, Long Relationship With South Sudan Is On The Line

Washington has played a key role in South Sudan's independence and development, but the new conflict is testing old ties.

The poorest countries in the world, especially in Africa, lose the most to corruption as a percentage of GDP.

An opposition party has compiled an exhaustive record of alleged government human rights abuses. Will it make a difference?

Arba Minch is known to few Westerners other than U.S. military personnel who fly drones from there, but its colorful festival could change that.

If Not A Coup, Then What? Violence In Juba, South Sudan, Has Roots In Decades-Old Rivalries

The journalist is on a seven-year journey from Ethiopia to Chile, on foot. As he employs the oldest possible mode of transport, he focuses on remaining connected.

French and African soldiers hope to stem the continent's latest civil war. How did the country in the heart of Africa reach this point?

Nelson Mandela In Ethiopia: A Peacemaker's Beginnings As Guerrilla Fighter

Before turning into an icon of national reconciliation, Nelson Mandela trained to wage war, in Ethiopia -- and left a deep legacy there.

The surrender of the M23 guerrillas didn't stop the United Nations from deploying UAVs against militant groups.

Google Goes To Africa: Why The Western Tech Giant Is Digging In Kampala, Uganda

A new fiber-optic cable network in Uganda brings hope to techies in Africa -- and to Google's plan to wire the developing world.

Africa Rising, But Not For Everyone: Employment Can't Keep Up With GDP Growth: Report

Addis Ababa should be one of Africa's brightest tech hotspots, but the government is slowing things down.

For DR Congo, Peace With M23 Proves Elusive -- But Does It Matter?

A peace deal between Congo and a guerrilla group backed by Rwanda has been delayed yet again, and the central African conflicts continue.

The facility will use technology to address some of Africa's most-pressing problems.

Boko Haram has become a byword for instability in northern Nigeria, but Islamist militants are not the only ones to blame.