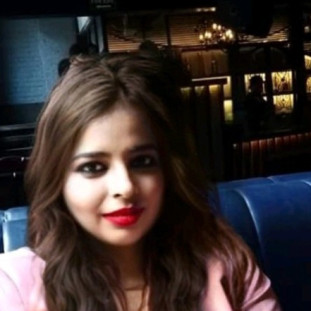 Priya has a specific interest in technology and keeps herself abreast of all the latest happenings. Apart from writing, she also enjoys reading books.

Hacker Accesses Personal Data Of 37 Million T-Mobile Customers; How To Check If Your Data Is Breached

The company has informed federal agencies about the issue and is now collaborating with law enforcement to look into the data breach.

A wide range of awesome workout classes is available to stream online on Prime Video, Netflix, and Youtube, right from the comfort of your home.

Tech Layoffs: Why Companies Are Cutting Jobs In 2023?

Layoffs are often attributed to a lack of funds or poor revenue, but they can also be the result of structural problems in the industry.

Microsoft Plans To Add ChatGPT To Office 365. How Would It Benefit Small Businesses?

Tech giant is in discussions to add ChatGPT to "Word, PowerPoint, Outlook, and other products" so that users can generate text automatically using short commands.

8 Common Mistakes That Are Slowing Down Your Wi-Fi

Many people don't realize that they are committing some mistakes that are slowing down their Wi-Fi.

Biden cautioned that some in the sector are stifling free trade, breaching consumers' rights to privacy, and promoting extreme language.

Photography is a skill that requires patience, creativity, and technical know-how. It's also a form of self-expression.

There are a few cool tricks hidden inside the Apple messaging app that can enhance your messaging experience and make it more fun.

5 Most Stunning Phones Lined Up For 2023

The 2023 smartphone market is looking to be very exciting, with a mix of big tech giants and new startups releasing innovative new devices.

With a quick voice command, you can get all the important details like fares, routes, delays, and schedules for upcoming flights.

400M Twitter Users' Data Stolen; Here's How To Check If Your Info Is Leaked

The stolen data is staggering in quantity and reportedly includes the emails and phone numbers of prominent personalities.

5 Popular Apps That May Be Spying On You

Some apps are designed to turn your phone into a pocket spy without your knowledge.

From Flying Taxis To Satellite Phones, Top Tech Trends To Watch Out For In 2023

Amid all the ongoing technological developments across the world, here are the top tech trends to keep an eye out for in 2023.

Netflix To Put An End On Sharing Passwords From 2023: Details

Starting in 2023, the company will begin charging a small additional fee for users who share passwords.

Why Your Android Keeps Freezing And How To Fix It

Outdated/buggy apps, software glitches and multiple apps in the background are some of the possible reasons why your Android phone is freezing.

Researchers found that the hacking group used English-language lures to boost its "intelligence collection and network access against Ukrainian and NATO allies."

5 Hottest Tech Gifts On Amazon For Kids This Holiday Season

Amazon's holiday guide has a wide range of awesome tech gifts that will bring joy to the kids this holiday season.

Here's How To Turn Old Android Into A Digital Photo Frame

There are tons of great app options available that will help you do repurpose your old Android into a digital photo frame.

WhatsApp Tips: How To Find Out If Someone Is Spying On Your Messages

WhatsApp is a secure messaging platform, but it's important to be careful about who you share your information with.

The app in question is called Web Explorer – Fast Internet and it had a 4.4-star rating on the Google Play Store.

Apple One is a subscription bundle that offers savings on Apple's services by bundling them into a single monthly payment.