‘Pokémon Go’ Leak Suggests Trading May Not Be Tied To NFC

"Pokémon Go" update data miners have leaked new details about the game's upcoming trading system. Contrary to popular rumors, it looks like the feature may not use Bluetooth or NFC at all. Read the full details here!

US Intelligence Chief Says No Pardon For Snowden

‘Pokémon Go's' Ditto Mystery Is Solved, And It's Disappointing

“Pokémon Go” Easter eggs are constantly being added, but we still don't know what's up with Ditto. Click here for the most recent update on the case of this mysterious Pokémon. Where is it hiding?

"Mass Effect: Andromeda" devs at BioWare are teasing hints about Ryder and the game's PS4 trophies. While we wait for the next big reveal, new tweets provide a few rather juicy updates.

'The Legend Of Zelda: Breath Of The Wild' - Why The Recent Release Leak May Be Wrong

"The Legend Of Zelda: Breath Of The Wild" release date may have leaked last week, and Nintendo fans are feeling giddy. That being said, here are five reasons why gamers should take those reports with a grain of salt!

Pokémon Go Plus will be available tomorrow, but trainers may want to think twice about buying one at release. Apparently the wearable isn't quite as helpful as originally assumed.

Nintendo NX reveal rumors are consuming the Internet, and we're here to recap the latest one. A new source says Nintendo may be unveiling some big news "very soon." Could it be during TGS?

"Pokémon Go" has a new update rolling out, and it lets players walk with monster buddies. To celebrate the iOS and Android patch, we made a list of five awesome tips about the Buddy System that every trainer must know!

“Pokémon Go” update data mining has possibly leaked a new Buddy System feature for the popular app. Learn exactly how monster buddies intend to get lazy trainers on their feet.

PS4 Neo pricing and design details have leaked from factory sources. See what Sony's high-spec console may look like and learn about its shocking cost!

What May Be Coming To 'Pokemon Sun And Moon'

"Pokemon Sun And Moon" leaks are everywhere, and the latest one reveals potential new evolutions, Alola forms and critical gameplay mechanics. The concepts are cool but worth taking with a grain of salt!

5 Things The PS4 Slim Tells Us About PS4 Neo

PS4 Neo is still expected to be revealed next month, and the recent PS4 Slim leak offers up some clues about the new hardware. Here are five things that Sony's redesign tells us about its high-spec alternative.

"Pokemon Go" cheater bans and tracking issues have spurred a massive player activity decrease over the past month. Click here to learn exactly why so many people have left this big app behind.

"Pokémon Go" cheaters fell victim to a ban wave last week, but some players have reported being barred from access after fair use. Learn how travel can be misconstrued as a hack in this hugely popular app!

iPhone 7 release date discussion has hit an all-time high with the latest rumors. Click here to find out when Apple's newest iPhone might be available!

"Five Nights At Freddy's Sister Location" details have leaked in the form of character voice clips. Hear one animatronic talk and check out the game's possible voice cast!

5 Ways Sony Could Mess Up The PlayStation Neo Reveal

PS4 Neo is expected to be revealed next month, and there are plenty of ways its introduction could be a disaster. Here are five ways that the high-spec PlayStation could have a terrible start.

How To Track Pokemon With 'Pokemon Go's' New Tracking System

"Pokemon Go" has a new tracking system, and we've made a guide for how to use it. Find out the latest tips for catching the app's shiniest monsters! 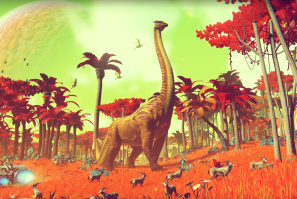 Why We're Glad That 'No Man's Sky' Reviews Are Late

“Pokemon Go” is the latest craze on iOS and Android, but between battery issues, physical effort and a less recognizable roster, Nintendo’s juggernaut may be just a fad. But the breakout success has big implications for the industry. 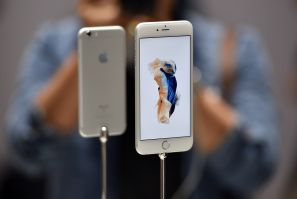 A new leak apparently showing Apple's next iPhone, suggests the new smartphone will have a dual lens camera and no headphone jack. 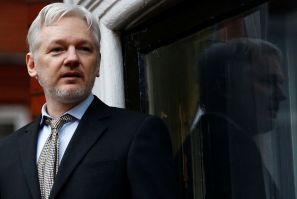 Events celebrating Julian Assange are scheduled for Sunday even as he remains the subject of a European arrest warrant seeking his extradition. 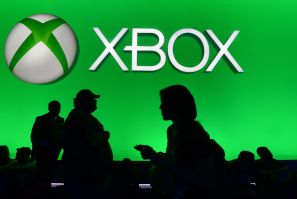 Xbox One S Leaks Ahead Of E3 Announcement

Leaked images and specs for a slimmer but more powerful Xbox One S have surfaced online ahead of Microsoft's official announcement. 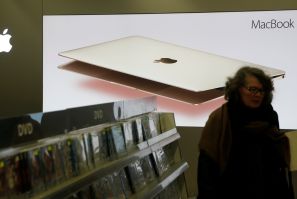 Apple’s Next MacBook Pro Could Feature Only USB Ports