Amanda Seyfried and Emma Watson did not issue statement about alleged naked pictures being leaked in the Fappening 2.0.

Emma Watson and Amanda Seyfried are apparent victims of The Fappening 2.0, an infamous nude photo leak.

‘Call Of Duty: Infinite Warfare’ is getting a new Mission Team soon, and PlayStation Spain just revealed it early. Check out a full screencap of the evidence here.

‘Kingdom Hearts III’ details have been quite light, but a new interview with game director Tetsuya Nomura offers insight into one of the game’s big Heartless bosses. Read the full scoop here.

‘Clash Of Clans’ has a new update for March 2017, and it brings new troop levels and balance changes to the game. Learn what’s next for defenses, Hog Riders and more.

‘Pokémon Go’ was recently updated to improve performance across Android and iOS, but both minor patches aren’t exactly having the desired impact. Here are the issues that users on both platforms are experiencing.

‘No Man’s Sky’ is getting the Path Finder update next week, and it brings vehicles to the game. Read the full details from Hello Games right here.

Nintendo Switch release date prep is underway, as stores like Target get memos about their initial stock. Click here to find out how many, or few, consoles are expected at big box retailers on Friday.

‘Clash Royale’ may be getting a Team Battle mode in its next big update, according to Easter eggs discovered by the game’s fans. Check out the full evidence here!

A new leaked photo shows what the LG G6 will purportedly look like ahead of its reveal at the MWC 2017.

A popular tech informant has shared the name of one of the Galaxy S8 models.

A fire broke out in the Flamanville power plant Thursday, causing an explosion in its turbine hall.

ZTE is joining the list of companies offering smartwatches with its new device called Quartz.

Nintendo Switch games were announced in full force during the reveal conference yesterday, so we've made a list of the biggest and best titles for the 2017's console's release window. Get the full details here.

'Call Of Duty: Infinite Warfare' and 'Modern Warfare Remastered' are dishing out double XP right now and through the weekend. Click here for the key dates and times you must know if you want to prestige!

'Kingdom Hearts III' development is still happening, but was its release date delayed because of 'Kingdom Hearts 2.8?' Click here to find out what the game's director has to say about that rumor.

Nintendo Switch display specs may be better than originally thought according to new rumors. Sources suggest a 1080p portable display with WQHD support when docked, but is this possible? Get our take on the speculation.

'Clash Of Clans' Clashmas gift reveals have begun, and the first one is the return of Santa's Surprise. Here's everything you need to know about this limited spell and how to use it in the game.

‘Pokémon Go’ Update 0.51.0 isn't opening on many Android devices, so we've made a guide with a few tips on how to fix it. This list of methods should get you up and running before the Christmas event! 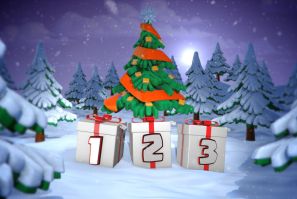 'Clash Of Clans' December update just went live, but a new leak has revealed that three more gifts are releasing soon. Check out the new troop and other surprises Supercell has in store for Christmas. 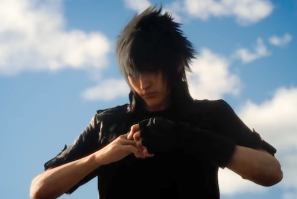 'Final Fantasy XV' is a game with lots of missing content, but a deleted 4Chan leak may reveal the truth. While it should be taken with a grain of salt, here's what might've happened to summons, Luna and more. 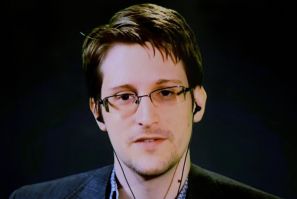 The campaign allows people to download a personal message from NSA whistleblower Edward Snowden in place of the “ordinary voice message” used for out-of-office replies. 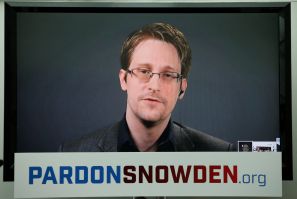