Research In Motion Ltd has launched the much-awaited and the most-expected software upgrade of BlackBerry PlayBook Tuesday. The launch of PlayBook 2.0 OS will be able to silence its critics, believes the company.

After spending years in the pop culture scene, former NBA super star Magic Johnson and rap sensation P. Diddy are familiar with appearing on television. But now, the two are crossing the platform from TV stars to network owners, thanks to a deal with Comcast.

Pinterest Copyright, TOS: To Agree or Not To Agree

Pinterest, the social media pin-board site that recently became one of the top five social networks in the U.S., is receiving flak from enthusiasts for its complicated terms of service (TOS). One of the first criticisms came from Boston Business Journal (BJJ), which temporarily used Pinterest to pin renderings of startup workplaces created by architects.

Internet Again Disrupted in Iran Ahead of Election

Iranians faced a second and more extensive disruption of Internet access Monday, just a week after email and social networking sites were blocked, raising concerns about state censorship ahead of parliamentary elections.

When Jason Goldberg set out to raise a new round of funding for his flash sales site Fab.com, he dispensed with the usual PowerPoint presentations and instead gave potential investors a look at the crown jewels: the dashboard of real-time analytics that can instantly spot trends and enable the site to tweak its offerings on the fly.

Social media has revolutionized the way information is shared, and a new Internet feature is taking it a step further. Twitris, a Web application developed in Ohio, analyzes social media content pertaining to natural disasters, current events and other ongoing national news.

Online social networks cannot be forced to block users from downloading songs illegally, as this would push up their costs and infringe privacy, Europe's highest court said on Thursday, adding to a worldwide debate on internet policing.

Facebook may have created a buzz with its public offering, but professionals in the Internet sphere shouldn’t forget about LinkedIn. Referred to as the “professional network,” a new study from Bullhorn Reach shows that 48 percent of job recruiters are using LinkedIn exclusively. Although 21 percent are present on all three major social networks (Facebook, Twitter, LinkedIn), only one percent are using the other two social media sites exclusively.

Pinterest--the new social network based off of photo-sharing--recently became one of the top five social networks on the Internet. As it continues to close in on the type of traffic that brands such as Twitter and Facebook have, Pinterest is becoming popular among celebrities and large companies. With that in mind, we've created a list of the most important celebrities, brands and other pinners on Pinterest that you must follow:

Pinterest: 5 Things to Know about the New Social-Media Platform

Pinterest recently became one of the top five social networks on the Web in terms of weekly visits. For a quick rundown of all the things you need to know about Pinterest, we've gathered the most pertinent information about the hottest new social-media platform on the Web.

There are magazines, television shows and books about food. So why not a social network?

Business networking site LinkedIn will reportedly acquire Rapportive, a Gmail add-on that provides information about your social contacts as you e-mail them. Sources close to the situation say LinkedIn offered the browser plug-in a figure in the low teens in millions of dollars.

When it comes to China, Facebook should consider itself forewarned. Cracking the world's biggest Internet population might seem an obvious ambition for the social networking giant as it trumpets its global growth before a $5 billion initial public offering, but the chances it will succeed look slim.

When it comes to China, Facebook should consider itself forewarned. People who want to access Facebook and other blocked sites must use special VPN software to get around China's firewall to do so. 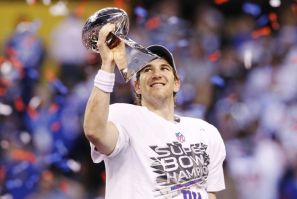 The Super Bowl may be known as the biggest sporting event of the year, but last night’s match up also shattered social media statistics. According to PC Mag, the televised event set two new records on Twitter for the number of tweets per second. After the Giants’ victory, Twitter traffic reached 12,233 tweets per second and 10,245 during Madonna’s half-time performance. 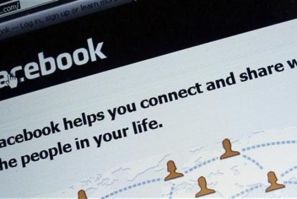 About a year ago, when it became clear that taking Facebook Inc public was a matter of when not if, Chief Operating Officer Sheryl Sandberg went out and poached Caroline Everson, then global advertising head at Microsoft Corp.

Facebook realized it needed to strike a more cooperative tone with Madison Avenue ahead of its initial public offering and the accompanying intense scrutiny on profit growth.

About a year ago, when it became clear that taking Facebook Inc public was a matter of when not if, Chief Operating Officer Sheryl Sandberg went out and poached Caroline Everson, then global advertising head at Microsoft Corp. 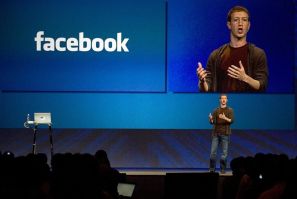 It's the year's hottest initial public offering, but some wealth managers find themselves having a hard time recommending Facebook to their clients.

Only a day old, it didn't take long for imposters to attempt to scam shares of the social network's stock. According to The Northwestern, a woman from Oshkosh, Wis., was caught selling fake Facebook shares the same day the company officially filed its IPO.