American International Group, Inc. (AIG) (NYSE: AIG) is an American insurance corporation. Its corporate headquarters are located in the American International Building in New York City. The British headquarters office is on Fenchurch Street in London; continental Europe operations are based in La Défense, Paris, and its Asian headquarters office is in Hong Kong. According to the 2008 Forbes Global 2000 list, AIG was once the 18th-largest public company in the world. It was listed on the Dow Jones Industrial Average from April 8, 2004 to September 22, 2008.

AIG suffered from a liquidity crisis when its credit ratings were downgraded below "AA" levels in September 2008. The United States Federal Reserve Bank on September 16, 2008, created an $85 billion credit facility to enable the company to meet increased collateral obligations consequent to the credit rating downgrade, in exchange for the issuance of a stock warrant to the Federal Reserve Bank for 79.9% of the equity of AIG. The Federal Reserve Bank and the United States Treasury by May 2009 had increased the potential financial support to AIG, with the support of an investment of as much as $70 billion, a $60 billion credit line and $52.5 billion to buy mortgage-based assets owned or guaranteed by AIG, increasing the total amount available to as much as $182.5 billion. AIG subsequently sold a number of its subsidiaries and other assets to pay down loans received, and continues to seek buyers of its assets. In March 2009, AIG faced public outrage and media and political backlash for its retention payments of $165 million. During this time period, many AIG employees endured hate mail and death threats.

Wall Street Setting Itself Up For Collateral Meltdown Daisy Chain All Over Again: Bloomberg News

Less than 24 hours after the U.S. government reported it was mostly done with its money-losing bailout of AIG, a Bloomberg News article out Tuesday explained how Wall Street banks are setting themselves up for the next systemic crisis by playing at financial alchemy in the derivatives market.

The U.S. government went into a full-throated propaganda offensive Tuesday in an effort to show that the highly controversial 2008 bailouts of American International Group, Inc. (NYSE: AIG) were profitable.

Because of the U.S. Treasury Department's announcement Sunday that it has launched an offering of $18 billion worth of its American International Group Inc. (NYSE: AIG) common stock, the government will soon go from being the company's majority shareholder to being one of its minority shareholders.

IT sector funds were the top performers in August among Indian mutual funds that focus on domestic stocks as lower valuations of the sector's shares after their sharp declines in July revived investor interest.

Treasury To Sell $4.5 Billion In AIG Stock, Taxpayers Will Still Own A Majority Stake

In spite of low expectations for profit, market-watchers are actually increasingly bullish on AIG, believing the most important thing to watch when the company reports quarterly results Thursday will be its plans to buy back stock from its largest shareholder, the U.S. government.

Since its May 17 pricing at $38 a share, the stunning collapse in the value of Facebook (Nasdaq: FB) the No. 1 social networking site has made history ? for its sheer size and magnitude.The IPO market remains weak.

After Barclays' Diamond Falls, Could Chase's Dimon Be Next?

The Federal Reserve is charting a course for more stringent capital reserve requirements for the largest banking institutions in the U.S., in line with new international rules representing the Basel III accord.

Four Years Later, AIG Loans Repaid, But The Tab's Not Quite Closed

Four years after the 2008 financial crisis began gathering steam, the government has collected another piece of the remaining billions in bailout money that it's owed.

Blankfein, At Gupta Trial, Tells Jury About Goldman Board Confidentiality

Lloyd Blankfein, the chief executive of Goldman Sachs Group Inc, told jurors at the insider-trading trial of one of the investment bank's former directors that all parts of a 2008 board meeting the two attended were confidential.

Stocks have wiped out their year-to-date gains. US payrolls are down while unemployment is up. Yields on high-demand government bonds are at record lows. Speculation abounds the US Fed might even print more money. Is it any wonder some are talking about gold?s rebound?

Judge Tosses Part Of AIG Suit Against Bank Of America

American International Group Inc. (NYSE: AIG) was partially rebuffed in its effort to get $10 billion out of Bank of America Corp. (NYSE: BAC) Wednesday, as a Los Angeles U.S. district judge dismissed some of the New York re-insurer's claims in its securities lawsuit against the giant Charlotte, North Carolina- bank. 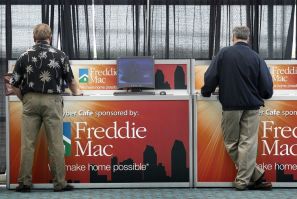 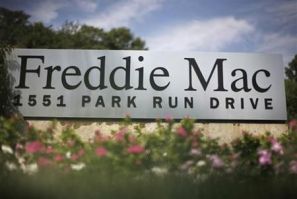 Freddie Mac, the second-largest mortgage guarantor, will announce the appointment of Donald Layton, former head of E*Trade Financial Corp., as a new CEO as early as Thursday, the Wall Street Journal said. 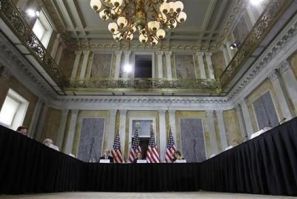 The U.S. Treasury Department will sell $5 billion in shares of American International Group Incorporated (NYSE: AIG) as it continues to divest its balance sheets of the bailed-out insurance company, which has agreed to purchase $2 billion of its own shares as part of the stock offering, the company announced Monday. 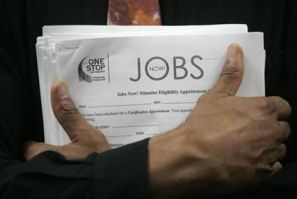 The U.S. economy added far fewer jobs than expected in April, while the unemployment rate edged down as more people gave up hope of finding jobs, reinforcing the fear that the job market recovery could be losing steam.