Adaptation is non-exclusive. Being adapted towards a particular species does not preclude adaptations, or partial adaptations, towards infecting different species. In this way strains of influenza viruses are adapted to multiple species, though may be preferential towards a particular host. For example, viruses responsible for influenza pandemics are adapted to both humans and birds. Recent influenza research into the genes of the Spanish flu virus shows it to have genes adapted to both birds and humans; with more of its genes from birds than less deadly later pandemic strains.

The strain of bird flu found is the highly pathogenic H7 virus that devastated Midwest operations two years ago.

France, the Netherlands, Finland and other countries have reported cases of highly infectious bird flu in poultry stocks.

H5N6, which causes a high death rate among poultry, does not transmit easily between humans.

The federal Office of Management and Budget has granted U.S. Agriculture Secretary Tom Vilsack the authority to transfer an additional $330 million in funds for the agency's handling of the avian influenza outbreak, USDA agency sources told Reuters, an exclusive report said.

A State Of Emergency In Iowa Due To Bird Flu Outbreak

Iowa Governor Terry Branstad declared a state of emergency on Friday due to a rapidly expanding avian flu outbreak, saying the entire state was at risk from the spread of the disease.

Minnesota Declares State Of Emergency Over Bird Flu In Poultry

Minnesota declared a state of emergency on Thursday over a fast-spreading strain of avian flu that has led to the extermination of more than 7.3 million birds in the country. It followed Wisconsin's action on Monday.

Burkina Faso’s government confirmed on Wednesday that an outbreak of H5N1 avian flu was responsible for the deaths of large numbers of chickens in two regions of the country in recent weeks.

China’s decision has been widely criticized as the possibility of an outbreak of the flu in commercial flocks is believed to be very less.

After mishandling Ebola, avian flu and anthrax during the past year, the CDC is now recruiting for its new safety-chief position.

Doctors warn that low temperatures during winter could cause the virus to stay active for a longer period of time.

The latest diagnosis marks the second reported case of H7N9 bird flu in China in the past two weeks.

While the virus detected in the Netherlands was identified as H5N8, the strain of the virus in the U.K. has so far not been identified.

The U.N. is warning about A(H5N6), a new strain of avian flu that is striking chicken and geese from China to Vietnam.

CDC, on Friday, shut down two labs that mishandled anthrax and bird flu viruses and barred shipment of samples from high security labs.

Are Chinese People More Susceptible To The H7N9 Bird Flu?

As more H7N9 fatalities are reported, scientists determine a gene found in Chinese people may make them more susceptible to sickness.

Chinese health officials have confirmed that a new strain of bird flu has killed a woman in Jiangxi province. 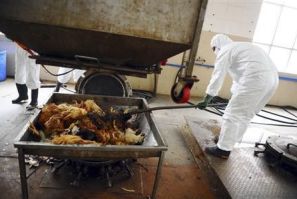 A 73-year-old woman apparently contracted the virus after visiting a live-poultry market in a town 450 miles southwest of Shanghai. 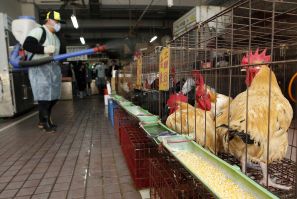 A strain of the H7N9 bird flu virus found in a human patient efficiently spread from one ferret to another in a new study. 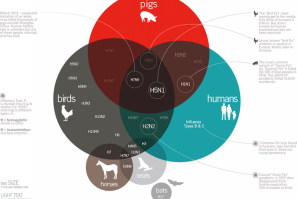 Is It Time To Start Worrying About The H7N9 Bird Flu? [INFOGRAPHIC]

Forty percent of H7N9 bird flu victims had no contact with poultry. How did they get the disease? 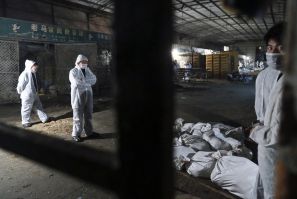 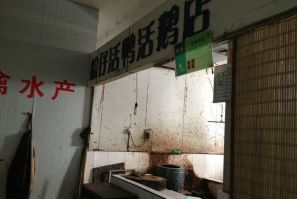