All 8 Bodies Recovered At US Chopper Crash Site In Nepal

The UH-1 Huey chopper was carrying six U.S. Marines and two Nepalese army officials when it went missing on Tuesday in the earthquake-hit Nepal.

Prime Minister Sushil Koirala on Thursday visited the town of Charikot and said the country was "not prepared for a second one so big."

At least 65 people are dead In Nepal after Tuesday's earthquake while 17 were reported dead in neighboring India.

For the second time in three weeks, the Himalayan nation has been struck by a massive earthquake. Tuesday's 7.3-magnitude quake has killed at least 42.

In Kathmandu, nine out of 10 surviving school buildings are being used as emergency shelters.

The magnitude-7.8 earthquake, which hit Nepal on April 25, has claimed the lives of over 8,400 people.

More than 14,500 were injured by the magnitude-7.8 earthquake that struck Nepal on April 25. Eight million people have been affected by the disaster.

"To many, the dichotomy between what happened on Everest in the days after the quake and what hasn’t been happening everywhere else is striking."

Delivery of international aid may be impeded by the closure of the main airport's runway to large planes, which have damaged its surface since the earthquake.

US Troops To Aid In Nepali Quake Recovery

Along with aircraft and other equipment, as many as 500 American troops are expected on the ground in Nepal in coming days.

Diseases are spreading in isolated areas of Nepal, where residents have been cut off by landslides.

Supplies are being stacked at the country’s only international airport, instead of being delivered to victims of the earthquake.

A week after the earthquake, authorities are shifting their focus to providing relief supplies to survivors in remote areas.

The lack of government assistance has triggered anger among villagers outside Kathmandu as the death toll continues to rise. 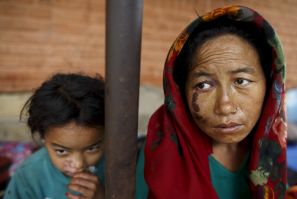 'An Epidemic Will Definitely Occur'

In Nepal, alarm over an impending epidemic is pervading the country's tent cities, and relief workers are scrambling to avoid a health and sanitation crisis. 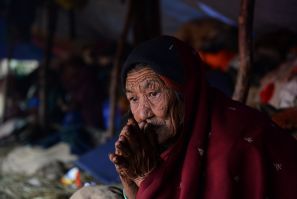 A Nightmare Far From Over

The devastating earthquake that rocked the region last week has affected more than 8 million people across Nepal — and the aftershocks could last for "months or years." 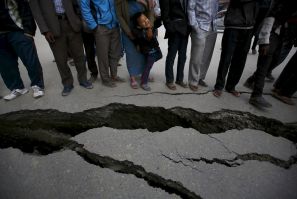 Nepal Set To Resume Everest Climbs By Next Week 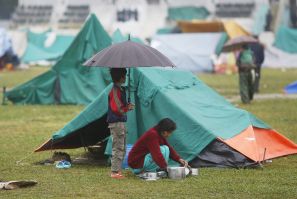 'There May Not Be Any More Survivors'

Efforts to provide aid to the country's far-flung regions have been hampered by bad weather and poor road infrastructure. 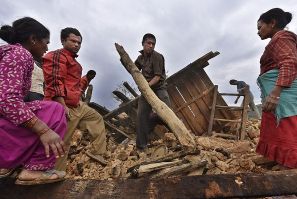 'We'll Get Help After We Die'

Residents of the Himalayan foothill district of Sindhupalchok must dig through rubble themselves. 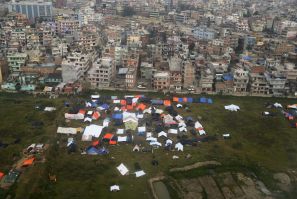 Staving Off Another Potentially Deadly Crisis

Preventing cholera won't be easy in quake-damaged Nepal. But the country's long history with the disease could help. 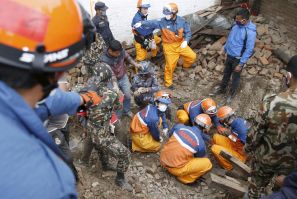 82 Hours Under The Rubble