The iPhone is a line of Internet and multimedia enabled smartphones designed and marketed by Apple Inc. The iPhone functions as a camera phone (also including text messaging and visual voicemail), a portable media player (equivalent to a video iPod), and an Internet client (with e-mail, web browsing, and Wi-Fi connectivity) — using the phone's multi-touch screen to provide a virtual keyboard in lieu of a physical keyboard.

The first-generation phone was quad-band GSM with EDGE; the second generation phone added UMTS with 3.6 Mbps HSDPA; the third generation adds support for 7.2 Mbps HSDPA downloading but remains limited to 384 Kbps uploading as Apple had not implemented the HSPA protocol.

Apple announced the iPhone on January 9, 2007, after months of rumors and speculation. The (retroactively labelled) original iPhone was introduced in the United States on June 29, 2007 before being marketed in Europe. Time magazine named it the Invention of the Year in 2007. Released July 11, 2008, the iPhone 3G supports faster 3G data speeds and assisted GPS. On March 17, 2009, Apple announced version 3.0 of the iPhone OS for the iPhone (and iPod Touch), released on June 17, 2009. The iPhone 3GS was announced on June 8, 2009, and has improved performance, a camera with higher resolution and video capability, and voice control. It was released in the U.S., Canada and six European countries on June 19, 2009, in Australia and Japan on June 26, and saw international release in July and August, 2009.

If your iPhone is changing the letter "i" to an "A" you can fix it yourself instead of waiting for the next update.

The Man Who Helped Design The iPhone Says Owners Misuse It

Some Apple customers have been complaining of slow phone speeds since the iOS 11 update last month, try these fixes.

Having trouble downloading and installing iOS 11 on your iPhone or iPad? Find out how to fix problems like verifying update, unable to install and more, here.

How To Downgrade iOS 11 Public Beta, Restore iOS 10 On iPhone, iPad and iPod

Want to downgrade the iOS 11 public beta or iOS 11 developer beta 2 to iOS 10? Check out our simple instructions for removing the buggy beta and restoring older Apple firmware on your iPhone, iPad or iPod

Virgin Mobile USA has partnered with Apple to sell only iPhones.

iOS 11 Beta 1 was released Monday, June 5 at the WWDC 2017 Kick off. Find out how to download and install Apple's latest mobile operating system beta on your iPhone, iPad, or iPod

How To Easily Enable Read Receipts On iMessage

Should you buy the iPhone 7 or wait for the iPhone 8? Here's a specs comparison to help your decision.

Backup Your iPhone Before You Update to iOS 10.3

If you don't back up your iPhone before you update, you may lose all your data.

Need To Get A Better Look At Something Small? Here's How To Use The Magnifier In Your iPhone

Your iPhone has a magnifying features, here's how to use it.

How To Make The Font Bigger On Your iPhone, Galaxy S7 And Other Android Devices

Phones are getting bigger but if the font is still putting a strain on your eyes, there's a way to make the font bigger.

This Is Why Your iPhone Turns Off When It's Cold Out

Your iPhone's battery is more sensitive to the weather than you may have thought. If it's too hot or too cold, your iPhone could randomly restart or turn off.

Lawsuit: Apple Intentionally Broke FaceTime On iOS 6 To Save Money

Apple fans and phone enthusiasts alike are looking forward to this Friday, the day Apple will finally release its all-new iPhone 5 out into the wild. With pre-orders for the new iPhone selling out in record time, users can't wait to get their hands on all the new features the iPhone 5 has to offer. The iPhone 5 is the first Apple device to run on the company's custom-built A6 chip, which is 22 percent smaller than the A5 and A5X chips found in the iPad 2, iPad 3, Apple TV 2 and iPhone 4S, ...

iOS 6 Release Date Is Almost Here: Why Apple Maps May Lose To Google, Other Features To Look Out For

Apple will begin its official rollout of iOS 6 on Wednesday, just a couple of short days before the release date of its recently revealed iPhone 5. The next-generation operating system boasts a host of new features for iOS devices, but one crucial flaw may have some users considering a switch to Android. 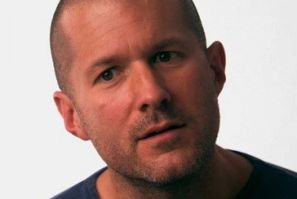 After the unveiling of its new Leica M camera at the world's leading imaging fair Photokina, German optics company Leica held a special event Monday night, in which the company's owner Andreas Kaufmann revealed a very special limited-edition camera in the works. Kaufmann announced that Leica had tapped Sir Jony Ive, Apple's lead designer and the brain behind such products as the iPod, iPhone and Sunflower iMac, to build an uber-limited edition of the Leica M for charity. Onl...

iOS developer NotCom announced Monday that he had updated the jailbreak utility TinyUmbrella to version 6.00.00 with extended support to Apple TV on iOS 5.0.2 and iOS 6.0 support (including betas) to all supported iOS devices. 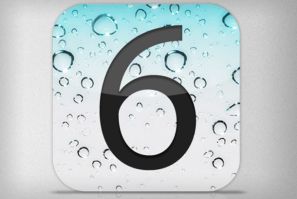 During the unveiling of iPhone 5 in San Francisco last week, Apple announced that the latest version of its mobile operating system, iOS 6, would be made available for all the supported devices, including iPhone 4S, iPhone 4, iPhone 3GS, iPod touch 4, iPad 3 and iPad 2 Sept. 19.

Apple Inc booked orders for over two million iPhone 5 models in the first 24 hours, reflecting a higher-than-expected demand for the consumer device giant's new smartphone and setting it up for a strong holiday quarter.

Apple iOS 6 Release: A Complete Guide To The 200 New Features

At Apple's media event in San Francisco on Wednesday, the Cupertino, Calif.-based computer company announced the newest mobile operating system for iPhone, iPad and iPod -- also known as iOS 6 -- will be released as a free update to iOS users two days prior to the launch of the iPhone 5, on Wednesday, Sept. 19. The iPhone 5 will release this Friday, Sept. 21. There are more than 200 new features coming to iOS 6. Here, we do our best to outline all of the biggest features right here for you. A...

The tech world is still buzzing over Samsung?s Galaxy S3, but a new rumor suggests that its successor, the Galaxy S4, will have a February 2013 release date. The next-generation flagship smartphone is said to be unveiled at a European technology expo this winter, company officials and local parts suppliers said to the Korea Times. 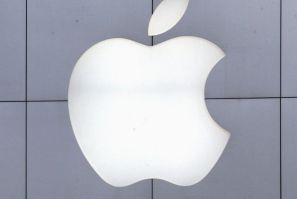