Space Exploration Technologies, or SpaceX, has announced a plan to offer space travel opportunities to civilians, in partnership with Bigelow Aerospace.

Super Moon May 2012: Pictures Of Previous Super Moons From Across The Globe [PHOTOS]

The largest full moon of the year will be seen on May 5 when the moon reaches its Lunar Perigee, the period of time when it is closest to Earth.

Brenda Salveson is one lucky mom -- a meteorite landed in her lap and now the Lotus, Calif., resident can expect to become $20,000 richer for her lucky find.

China pushes ahead with efforts to create a regional and global alternative to GPS.

SpaceX is scheduled to launch the Dragon capsule into space on May 7. On April 30, you can watch the Falcon 9 rocket engine test live streaming online.

New Spacecraft Will Come Closer To The Sun Than Ever Before

The European Space Agency and NASA are undertaking a joint venture to launch a spacecraft that will get closer to the sun than any craft ever has before.

The Space Shuttle Enterprise Over New York On Its Last Flight: Slideshow

The space shuttle Enterprise rides on the back of a modified Boeing 747 jet on Friday, bound for JFK Airport. The shuttle's new home will be Manhattan's Intrepid Sea, Air and Space Museum.

Smokey Bear was chosen as mascot for American astronaut Joseph Acaba's mission to space aboard the Russian soyuz spacecraft.

Hubble Space Telescope Turns 22: Five Facts You May Not Know, Astonishing Pictures Through The Years [VIDEO]

On April 24th, the Hubble Space Telescope celebrated its 22nd birthday, marking more than a decade of cosmic discoveries and insights. The iconic telescope launched on April 24th in 1990 on the Space Shuttle ?Discovery,? and was the largest and most sensitive optical-light telescope ever launched into space. Over the course of 22 years, the device has produced some of the most amazing astronomical images the world has seen.

Planetary Resources, an asteroid mining company backed by filmmaker James Cameron and other well-know investors, was officially announced on Tuesday, with plans to launch exploratory spacecraft over the next two years to hunt for raw materials, ranging from water to precious metals from Near-Earth Asteroids (NEAs) a few years after that.

On April 24, a group of wealthy entrepreneurs, including Google Inc. executives Larry Page and Eric Schmidt and filmmaker James Cameron, formed a new business venture to survey and extract rare metals and minerals from asteroids.

Earth Day 2012: Most Stunning Satellite Images Of Earth And NASA's Full Schedule For The Event (PHOTOS)

The International Mother Earth Day is observed April 22 and the world is already setting agendas to increase awareness about Earth's natural environment, and to make sure that we provide clean water and pollution free air to breathe for the future generations.

A lake on Titan, the largest of Saturn's moons, bears striking resemblance to a lake on Earth, NASA and the European Space Agency said on in a joint study.

Planet Unprepared For Solar Storms That Could Cost Trillions: Researcher

A strong solar storm could cause devastating consequences for the planet, researchers said. Earth needs to better prepare for an event that could knock out power and GPS satellites, possibly for months.

Planetary Resources: Mysterious Company Funded By James Cameron And Google Billionaires Could Be Into Asteroid Mining

Filmmaker James Cameron seems quite busy these days with his efforts to explore the unexplored. After making a successful dive to the bottom of the Mariana Trench, the deepest point on Earth, the Titanic-maker has now joined hands with Google executives Larry Page and Eric Schmidt in backing Planetary Resources, a mysterious company that promises to help ensure humanity's prosperity.

Just a few days before it turns 22, the premium space science observatory has delivered an image of one of the largest mosaics of several million young stars in the heart of the Tarantula nebula. 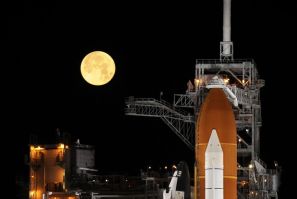 Space Shuttle Discovery's Final Flight: Photos Of An American Legend, From Outer Space To The Smithsonian

These photos follow the space shuttle Discovery on its final mission. It lifted off on Tuesday morning from Florida and swooped past Washington, D.C., before touching down in Virginia to assume its place of honor at the Smithsonian Museum. 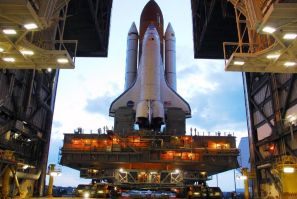 The space shuttle Discovery is all set for its final take-off. Strapped to a jumbo jet, NASA's oldest and most traveled space shuttle will take off from Florida's Kennedy Space Center and land at the Smithsonian National Air and Space Museum's in Virginia. 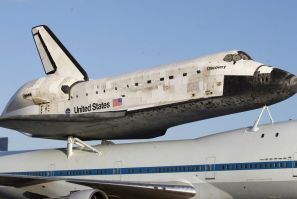 On Tuesday, the Discovery Space Shuttle will catch a flight to its new hometown of Chantilly, Virginia. There it will be put on permanent display at the Smithsonian National Air and Space Museum. 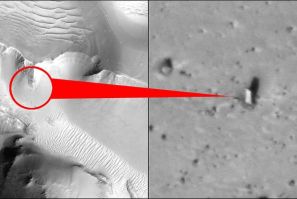 Mars Monolith: Is The Object On The Red Planet A Sign From Aliens?

A perfectly rectangular structure was discovered on Mars after amateur space enthusiasts investigated NASA pictures of the Red Planet. Based on the picture, the Mars monolith bears a resemblance to the monoliths left on Earth and the moon in the Stanley Kubrick classic, 2001: A Space Odyssey. 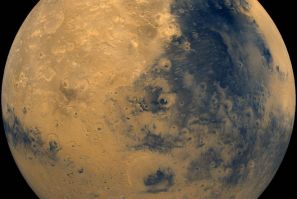 A Mars rover found life on the red planet in 1976, according to a new study

Connecticut authorities said they did not find anything after a state trooper and another witness saw a large whale size object falling from the sky. Could it be a UFO? 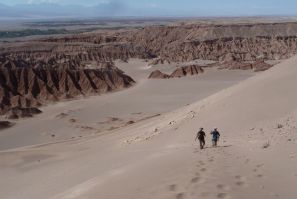