Today on 60 Sec Tech: Google lets you take pictures with your eyes, Microsoft sits on its hands, and Nintendo reveals a game nobody expected.

Among other pertinent details, Microsoft announced that it has narrowed the pool of candidates to 20.

Microsoft was unable to deter one of its key engineers, Blaise Agüera y Arcas, from leaving the company and joining Google.

The candidates for Microsoft CEO include Qualcomm COO Steve Mollenkopf.

According to a leaked internal email, Microsoft is planning a major update to all of its Windows operating systems, possibly for spring 2015.

Xbox Brand To Be Eliminated By Potential CEO Elop?

However, Yahoo has begun utilizing a controversial method of employee review known as stack ranking, just as Microsoft is leaving it behind.

What Would Stephen Elop Change At Microsoft?

Elop wants to flip the Microsoft strategy and focus on selling Office rather than use Office to promote sales of Windows.

Microsoft, Amazon and Zynga report earnings after the closing bell on Thursday.

Microsoft's earnings are expected to remain flat as the company introduces new tablets and an operating system update.

The Man Who Called The Bill Gates Coup

At Microsoft, Emotional Farewell For Ballmer

“I’ve had the time of my life!” Ballmer screamed.

The combination was created to trigger a soft reboot, since it was impossible to press all three keys with one hand.

Microsoft declared a quarterly dividend of $0.28 per share, a $0.05 or 22 percent increase over the previous quarter. 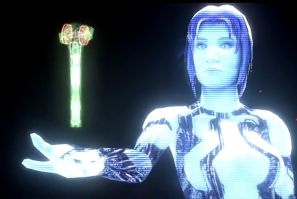 Cortana, a holographic artificial intelligence from Microsoft's Halo series, is also the codename for a virtual assistant that will bridge Windows Phone 8.1 devices, the Xbox One, and Windows computers. 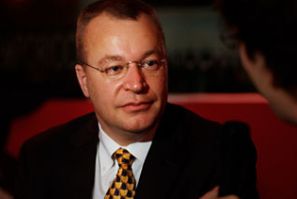 Will Stephen Elop Be Next Microsoft CEO?

Nokia announced that Elop will step down as CEO as part of its Microsoft deal, fueling speculation that he will replace Steve Ballmer. 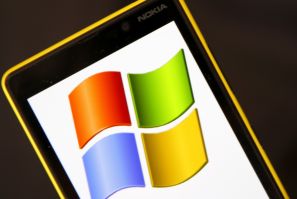 Everything you wanted to know about Nokia: from where Nokia got its name to what's next for its CEO. 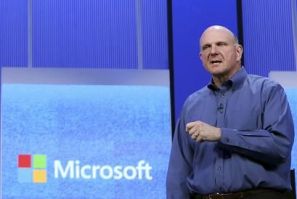 Who Will, Or Should, Lead Microsoft After Steve Ballmer?

Did Microsoft's Board Force Ballmer Out?

Some suggest the biggest indicator that Ballmer was forced out is the one-year timetable for his departure.

What Does Ballmer's Retirement Mean For Xbox One?

Despite well-known missteps, the Microsoft CEO deserves some credit. 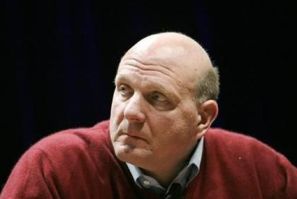