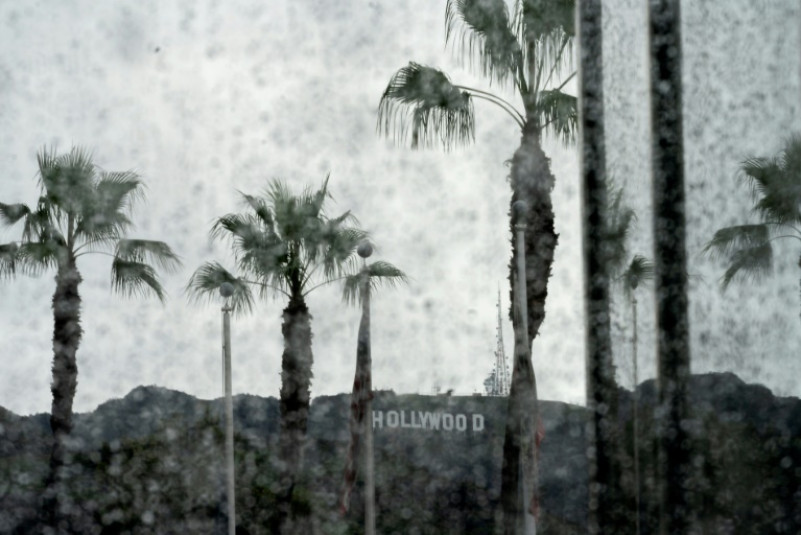 Razzies Apologizes To 12-Year-Old Star For Worst Actress Nomination: 'We Regret Any Hurt'

"You're going to stay here where the work is! Theater! Television!'" Kelly Ripa had told Sarah Michelle Gellar.

The actress clarified her ambiguous reaction to the reality star's departure from the series.

The actress shared her daughter's diagnosis after the latter got released from the hospital.

The actress shared a snap of her daughter on a hospital bed Wednesday.

The actress was happy social media was not around back in the day when she would party hard.

The couple wore coordinated winter outfits as they were catching a flight.

The actress was diagnosed with colon cancer before her death.

The model shared some snaps from her holiday celebration on social media.

The highly anticipated sequel was a big success at the global box office.

Jane Fonda Says Her Non-Hodgkin Lymphoma Is Now In Remission

Actress and activist Jane Fonda says her cancer is now in remission three months after her initial announcement that she was diagnosed with non-Hodgkin lymphoma.

The former talk show host held onto the mystery man's hand while walking in the Big Apple.

'Heartbroken' Ellen DeGeneres Breaks Silence On tWitch's Death: 'He Was My Family'

The former talk show host paid tribute to the DJ on social media.

The former child star opted for a casual look when she stepped out to grab coffee.

The model looked like a doting mom as she held onto her daughter's hand while crossing the street.

The couple was captured on camera heading home with their daughter to celebrate Thanksgiving as a family.

The actor did not skimp on his compliments for his wife in his latest social media post.

The 76-year-old singer and her 36-year-old boyfriend looked all loved-up during the sighting.

Queen Latifah Talks Embracing 'Genuine' Identity, Says She 'Had To Be Told' She 'Was A Girl'

Queen Latifah has opened up about finding her identity while accepting an award at the inaugural TheGrio Awards.

Michael Armand Hammer had been ill and faced a years-long battle with cancer, according to reports.

The private Hollywood couple has never confirmed their marriage.

The girl's mother discovered "explicit" text messages exchanged between the assistant coach and the 13-year-old.

It is one thing to be hailed the Sexiest Man Alive, but to be one of the richest men on the list is a story that no one often tells.

The actor and the model looked intimate when they stepped out in New York City this week.

The Hollywood couple celebrated Halloween together with their children.

The controversial Hollywood actor appeared to be struggling after his career fallout from the sex abuse scandal.

"I think that you have to be over a certain bank balance for her to talk to you," Sharon Osbourne alleged of the Duchess of Sussex.

The under-representation pervading Hollywood has been widely acknowledged for a number of years. Steps have been taken to make America's central film and TV landscape more balanced, and UCLA's most recent Hollywood Diversity Report highlighted the progress that has been made.
About Hollywood