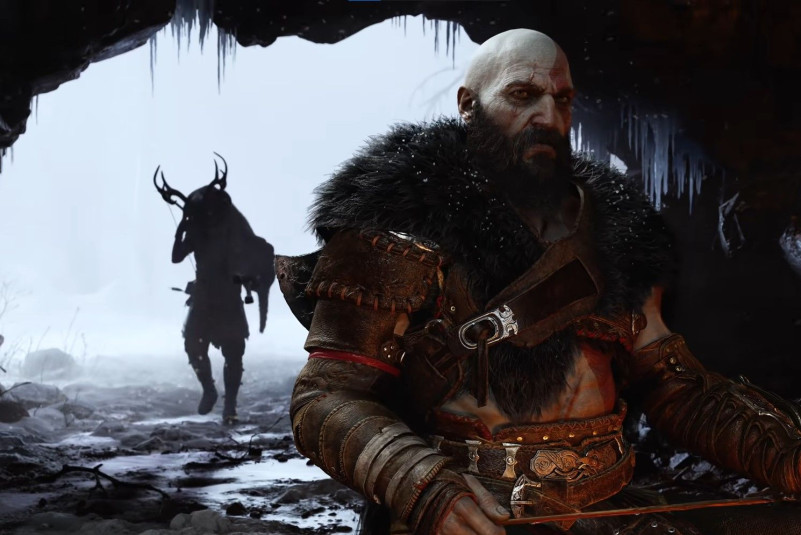 'God of War': Amazon Show Promises To Be Faithful To Lore

Amazon promises a faithful adaptation for the "God of War" series.

Why Former 'Valorant' Director Joe Ziegler Is Going To Bungie

Sony and Honda join hands to create a fully self driving electric car complete with PS5 and more.

Sony Could Have An Interactive Avatar In The Works

Sony has filed a new patent that could create an interactive and accurate 3D avatar of Playstation users.

Sony's new generation gaming console is reportedly set to receive an overhaul in the middle of FY2023 with the new console, presumably the PS5 Slim scheduled to launch sometime in September of the same year.

'God of War: Ragnarok' focuses on providing accessibility for disabled players and making the game inclusive for all.

There is a big chance that the project, which involves PlayStation Visual Arts could be a remake of "Uncharted" but it could also be an entirely different project.

Sony has not yet said anything about the mid-generation upgrade of the PS5, however, an interview with Sony's Executive VP of Hardware Engineering Masayasu Ito in 2019 may have hinted at the release window of the console.

Sony previously said, "by giving Microsoft control of Activision games like Call of Duty, this deal would have major negative implications for gamers and the future of the gaming industry."

PlayStation Plus Free Games For September 2022

There's a healthy variety of games for September's free PS Plus games lineup that's waiting for subscribers of the Essential and Extra plans.

"There is an event in September," an industry insider claimed.

Sony highlighted the use of machine learning as its primary tool to produce "What-If" scenarios from the original gameplay clips.

"People working on it say it's huge and seem pretty excited about it," Schreier said and suggested that "God of War: Ragnarok" is still set for a November 2022 release despite the supposed delayed announcement.

'God Of War: Ragnarok' Release Date Announcement Might Happen At State Of Play Next Week

Sony is also rumored to launch a new PS5 Pro hardware next week.

To this day, Santa Monica Studio has not yet revealed the official release date of "God of War: Ragnarok."

PlayStation employees received the email from CEO Jim Ryan on Thursday but were quick to respond with their frustrations about the lack of urgency and concern expressed in the email's tone.

PlayStation Studio will focus on the PS5 and according to an industry insider, "from 2023 onward, we will only see PS5 exclusives from first-party developers along with the shift to PC ports becoming more and more gradual."

The trailer of "God of War: Ragnarok" was rolled out in September last year.

The Epic Games Metaverse initiative is centered on developing "an immersive, creatively inspiring and engaging digital experience for kids of all ages to enjoy together."

The project could mark the latest big deal for a TV series based on a popular video game title.

Pokémon Company And Others Pledge Support To Ukraine Amid Crisis

A tipster has claimed that "Team Sonic Racing" and "Ark: Survival Evolved" will be the PS Plus free games for March.

"God of War Ragnarok" is anticipated to be a lot bigger in terms of size compared to its predecessor.

Images of "Horizon Forbidden West" started to surface on Twitter although some of them were immediately removed due to copyright claims.
About Sony