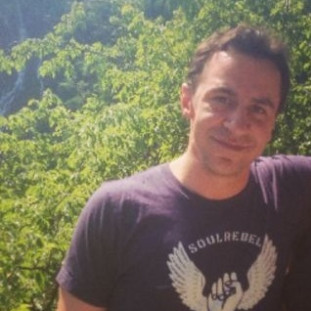 Bobby Ilich is the Sports Editor for International Business Times.

Donald Trump may see a fundraising shortfall ahead of his 2024 presidential bid.

History awaits LeBron James as he inches closer to becoming the all-time scoring leader and surpassing the legendary Kareem Abdul-Jabbar.

Monday's Powerball jackpot is an estimated $747 million, with a cash-option value of $403.1 million, which is the fifth largest. There have been 33 consecutive drawings without a winner.

US - China Relations: Republican Congressman Agrees With General, Warns Of Possible War In 2025

Rep. Mike McCaul, R-Texas, warned on Sunday that there could be a military conflict between the U.S. and China over Taiwan after a report from a U.S. military general.

Joe Burrow vs. Patrick Mahomes: Who Is The Better Quarterback? AFC Champions Puts QBs To Test

The Powerball jackpot has grown since the last winner in late November.

Manchester United Transfer Rumors: Here Are The Players Linked To Old Trafford Ahead Of Jan. 31 Deadline

Manchester United are currently tied for third place and Erik ten Hag's roster could have new faces before the January transfer deadline.

The sketch comedy show wasted no time going after the embattled congressman.

There was no winner in Saturday's drawing. The new jackpot will climb for Monday.

Russia - Ukraine War: What's The Death Toll And How Are Civilians Dying?

More than 7,000 people in Ukraine have died since Russia invaded the country in late February, according to a report Monday by the U.N. High Commissioner for Human Rights.

A failed Republican candidate in New Mexico was charged over shootings at the homes of Democrats.

Mikel Arteta's squad appears interested in strengthening their attack by adding at least one forward, according to reports.

US Economy: Will There Really Be A Recession In 2023? What Top Economists Have Said

Many economists expect higher interest rates to push the U.S. economy into a recession in 2023.

After the Mega Millions jackpot reset, the Powerball jackpot continues to grow.

The second-largest Mega Millions jackpot went to a ticket in Maine.

According to a report Monday from Brazilian publication O Globo, Bolsonaro was admitted to a hospital in Orlando due to abdominal pain.

Police used tear gas to push back against the rioters after they marched from army headquarters to the Three Powers Plaza.

Both the Powerball and the Mega Millions have a whopping jackpot.

The S&P 500 fell for a fifth consecutive day amid recession worries and the possibility of the Federal Reserve hiking interest rates.

Biden addressed a crowd Tuesday in Wilkes-Barre, Pennsylvania, and touched on the Safer America Plan and the billions invested in law enforcement agency.

Highlighted by some major legislation, Biden has seen an uptick in his approval ratings in recent weeks.

Disappointing earnings reports from retail giants raised fears of a looming recession and as the Federal Reserve has sought to control inflation.

U.S. stocks plunged on news that the Federal Reserve would raise rates by half a point.

ESPN reported that Tom Brady would retire but the legendary quarterback has yet to make a formal announcement.

How Much Money Has 'Spider-Man: No Way Home' Made At The Box Office?

Despite the pandemic and fast-spreading Omicron variant, Sony Pictures' "Spider-Man: No Way Home" surpassed the $1 billion mark at the worldwide box office.

The former Senate majority leader and presidential nominee was a key figure for the Republican Party.

How China's Balloon Over America Steered Its Way Into Spying History