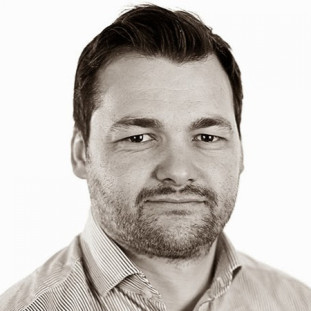 David Gilbert is the European technology editor at the International Business Times, specialising in covering the global smartphone industry and the dangerous world of  cybercrime. Prior to this David worked as the Technology Editor for the UK edition of IBTimes for over three-and-a-half years, winning the prestigious Digital Writer of the Year award at the Online Media Awards in 2013.

Previously, he worked as news editor at Trusted Reviews for two years after moving to London from Ireland where he worked for national and regional newspapers for three years. David received a BA in English from University College Cork in 2004 also received Higher Diplomas in Journalism (Press Association – 2008) and Media Studies (Coláiste Stiofáin Naofa – 2005).

The company hopes it can repeat the success of the Galaxy S7 range with its upcoming large-screen smartphone.

Microsoft’s Windows 10 is almost a year old, and it has set a deadline for the end of the free upgrade ahead of its first major update.

Google’s offices in Madrid were raided as part of an investigation into tax evasion and fraud, according to local media.

Google has invested $46 million in the online marketplace that connects families to babysitters, caregivers and even pet sitters.

The impact of the Brexit is being felt across a huge range of industries and the smartphone market is no different.

Apple Inc. Sued For $10 Billion By Florida Man Claiming To Have Invented iPhone, iPod And iPad

A Florida man claims that three Apple devices — the iPhone, iPod and iPad — infringe on an “electronic reading device” he created.

Nintendo NX: Next Generation Console Not Being Shown Off Over Copying Fears

The Japanese video game company said it continues to investigate the possibility of a VR headset.

The San Francisco startup says it will improve battery life for its Robin smartphone with a software update.

Google Smartphone: Why It Makes No Sense For Alphabet To Build One

When you analyze it, there is no reason for the Alphabet-owned search giant to get into the hardware game.

The black hole is a few times the mass of our Sun and it is very slowly pulling in material from a companion star.

No, Britons Were Not Frantically Googling ‘What Is The EU?’ Hours After Brexit Vote

Despite claims to the contrary, there weren’t a huge number of people frantically searching for information on the EU post-Brexit.

Google Building Its Own Smartphone To Take Back Control Of Android: Report

The tech giant wants to take back control of its mobile operating system, Android, and is reportedly in talks with mobile operators about carrying the new smartphone.

A new leak apparently showing Apple's next iPhone, suggests the new smartphone will have a dual lens camera and no headphone jack.

Sony Xperia X Review: Where Did It All Go Wrong?

Sony has reset its smartphone strategy with a focus on battery, camera and design. The first execution of that strategy is a disappointment.

Brexit: Bitcoin Price Rockets On The Back Of UK’s Vote To Leave EU

The price of bitcoin has surged following the U.K.’s decision to leave the European Union as macroeconomic uncertainty takes hold.

iPhone 7: 5 Reasons Apple Inc. Is Right To Kill The Headphone Jack For Good

It’s not clear if Apple will get rid of the headphone port with the iPhone 7, but if it does, users should be happy about it.

The price of the cryptocurrency has plunged significantly in just five hours as polls predict the U.K. will remain in the European Union.

Despite speculation by experts that leaving the iOS kernel unencrypted was a bid to improve security, a source says this is not the case.

A new report claims emails to a man accused of running an online marketplace on the dark web are at the heart of Microsoft’s battle with the U.S. government.

After recent hacks, Mark Zuckerberg has joined the likes of whistleblower Edward Snowden and FBI Director James Comey in taping over his laptop camera and microphone.

A camera from Stereolabs, a San Francisco startup, can add positional tracking to any VR headset — without the need for external sensors.

Cameron and Tyler Winklevoss, the twins who claim Mark Zuckerberg stole their idea for Facebook, are bringing their bitcoin exchange to the other side of the Atlantic.

China now has the most and the fastest supercomputers in the world, and it doesn't need chips made by U.S. companies anymore. Intel should be worried.

Battle.net Servers Down For Second Time In Three Days As Overwatch Players Complain

Blizzard's servers are having problems for the second time in three days, affecting Overwatch, Hearthstone and World of Warcraft.

The tech giant said it has won a stay, temporarily blocking an order to halt iPhone 6 and 6 Plus sales in China because of a patent dispute.

Bluetooth is about to allow faster, longer and bigger connections and could bring an end to the annoying pairing process.

Battle.net Servers Down For World Of Warcraft, Hearthstone And Overwatch Players Around The World

Developer Blizzard has confirmed problems with its Battle.net platform that hosts games like the World of Warcraft and Overwatch.

Euro 2016: How Predicting The Winner Points To A Future Where Machines Make The Decisions

In the future, machines will make a lot more decisions for humans. But don’t worry; it’s going to be good for everyone, says one expert.

The purchase of the 11-year-old company could help Samsung drive innovations in its smartphone software, particularly around artificial intelligence and virtual reality.