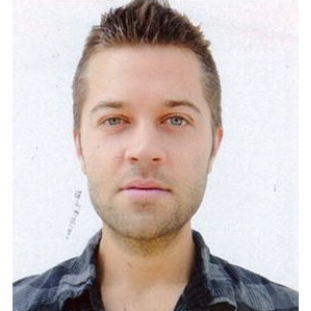 Mark Johanson is the travel editor at the International Business Times. He has traveled to and written about more than 30 nations and territories on every continent except Africa, and lived in the UK, U.S., the Caribbean and New Zealand. He is currently based in Sydney, Australia.

They may not be on your radar just yet, but these 10 airlines are gobbling up every new aircraft Airbus and Boeing can throw at them.

Just what exactly does it mean when Frontier Airlines says it’s transitioning into an “ultra-low-cost” carrier?

Luxury hotel chain Four Seasons has a lofty new goal: taking its brand to the skies.

5 Companies Making It Cheaper And Easier To Stay Connected Abroad

Global telecommunications companies will earn $57 billion in roaming charges this year -- but they don't have to.

In the battle for U.S. tourism supremacy, there are really only two competitors: New York and Orlando.

Cliven Bundy And The Second Sagebrush Rebellion: A Brief History Of The Movement To ‘Reclaim’ The American West

How did so much U.S. land west of the 100th meridian get gobbled up by the federal government?

How Many Airplane Stowaways Have Survived The Trip?

Roughly 100 people are known to have stowed away under planes during flights worldwide, and only a fraction of them survived.

Sherpa guides issued an ultimatum to the government of Nepal, threatening to cease work on Mount Everest until conditions change.

Marijuana Tourism Kicks Into High Gear In Colorado Over 420 ‘Holiday’

More than 100,000 visitors are expected to descend on downtown Denver this weekend for cannabis-related festivities.

Before social media, the worst thing your kid could do was prank call 911. Now, they can threaten an airplane with the click of a button.

Foreign runners made their debut at Pyongyang’s annual marathon Sunday as North Korea sprinted toward its own ambitious tourism goals.

Top 25 Destinations In The World, According To TripAdvisor’s Vast Travel Community

TripAdvisor’s 2014 Travelers’ Choice awards for destinations offers a barometer for what’s in and what’s out in global travel.

The Best US Airlines For Quality And Service Are …

Last year was the best for airline performance in a quarter of a century, but that doesn’t mean it’s an entirely rosy picture.

If Macau is China’s Las Vegas, Hengqin Island is about to become its Orlando.

Was it a case of editorial oversight or an insensitive dig at the beleaguered competition?

8 Great Travel Destinations Of The Near Future

For Brazil, World Cup Unlikely To Be An Economic Game Changer

The Brazilian government has promised big economic benefits from hosting the World Cup, but will they pan out?

Singapore's Changi airport has a pool, movie theater and butterfly garden, and it was just named the best airport in the world.

US State Dept. Issues Travel Warning For Ukraine, Then Promotes It For American Tourists

The U.S. Department Of State is supposed to be the go-to source for advice on global travel, but its message about Ukraine is baffling.

For Digital Nomads, Work Is No Longer A Place And Life Is One Big Adventure

Why Residents Of Lower-Income States Pay More For Airfare

Residents of lower-income U.S. states pay up to $150 more for a round-trip ticket.

Port St. Johns' Second Beach in South Africa has been called the deadliest beach in the world, and it lived up to that reputation on Saturday.

Could too many national parks be a bad thing for the United States? Some congressional Republicans think so.

‘World’s Happiest Countries’ Are In Latin America, According To Instagram

It’s official: If you lived in this region of the world, you’d be much happier.

Whether you prefer to indulge in all-inclusive luxury or escape the beaten path altogether, we’ve got a Spring Break idea for you.

When thick neon clouds hover above the Indian subcontinent each March, it's a sign that Holi has begun.

Beyond Malaysia Airlines Flight MH370: 6 Other Planes That Disappeared (And Were Never Found)

According to the Aviation Safety Network, more than 80 aircraft have been declared “missing” since 1948.

Marching Into An Active Volcano With The Sulfur Miners Of Ijen, Indonesia

Java's death-defying sulfur miners are the last of a dying breed that once worked volcanoes from Chile to New Zealand and Italy.

Luigi Maraldi’s passport was stolen in Thailand last July, but someone used it to board a now-missing Malaysia Airlines flight.

Indian car makers have proposed cutting to 30% the tax rate on imported cars as part of a trade deal with Britain, sources told Reuters, an unprecedented move that could ease access to one of the world's most protected automobile markets.

Life is tough for asylum seekers in Italy - most are denied refugee status, barred from legal employment and, polls suggest, face discrimination.

North Korean leader Kim Jong Un sent a birthday greeting to Russian President Vladimir Putin this week, congratulating him for "crushing the challenges and threats of the United States", the latest sign of deepening ties between the two pariah states.

Explainer-Caps And Corridors: How Can Europe Contain Gas Prices?