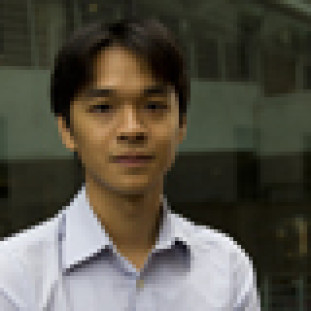 Nat Rudarakanchana covers commodities and companies for the International Business Times. He is especially interested in precious metals, the food and drink industry, and agricultural commodities. Before joining in May 2013, he worked for Vermont's VTDigger as a state politics and policy reporter. He has written for Bangkok Post Sunday, Hong Kong Tatler, and The New Paper in Singapore. Nat earned an M.S. in Journalism from Columbia Journalism School, where he specialized in investigative reporting. He has a BA(Hons) in Philosophy from Cambridge University.

A buy of French industrial firm Alstrom may result in significant cost savings, though the details aren’t yet clear.

We spoke to one of the few North American jewellery retailers who carries Fairtrade gold, sourced from poor miners in South America.

The move comes after Michael Lewis wrote a critical, high-profile book on high-speed trading, which he claims rigs financial markets.

European oil giants led the way against tougher sanctions on Russia, where they operate several projects.

On Tuesday, Japan’s sales tax is slated to rise from 5 percent to 8 percent.

Chinese Gold Demand Could Rise In 2014, In Surprise Call, Though India’s Demand May Have Peaked Years Ago

Increasing demand for gold in China comes as demand from India, the world’s second-largest consumer, has declined in recent years.

Why Did Gold Crash In April 2013? Computerized Trading Is One Explanation

One prominent analyst cites the effects of high-volume computerized trading.

Vietnamese Farmers May Hoard Coffee To Protect Against Inflation: Analyst

Some farmers in Vietnam may hold their coffee beans as a hedge against inflation in local currency.

The WTO ruled that Chinese exports of environmentally damaging rare earth elements shouldn’t be artificially manipulated by the government.

Gold prices have risen over tensions in Ukraine. Are the recent gains sustainable? Or Pyrrhic?

Palladium and platinum are part of South Africa's prominent mining sector for the precious metals.

German Gold Makes It Way Back Home From Fed, Slowly

Oil Drill Rig Down? There’s An App For That, Says General Electric (GE)

One executive said the coffee industry will have to compete more fiercely against energy drinks to keep young consumers drinking coffee.

Coffee Is Probably Good For Your Liver

A 2013 study found that data collected on about 500,000 subjects point toward coffee’s positive impact on at least one vital organ.

Starbucks CEO Howard Schultz has set his eyes on a good-sized sector, though the company is only just starting to build inroads.

The business could be valued at $3.3 billion, though other sources said it was worth $2.5 billion.

Silver Jewelry Popular Among US Consumers In 2013: Silver Institute

Half of silver jewelry purchases involve women buying jewelry for themselves, according to the survey.

We spoke with Christine Furstoss, the company’s technology director for manufacturing and materials.

The U.S. Virgin Islands is attempting to lure small businesses with substantial incentives. Here's how they're do it.

The Swiss bank held trading portfolio assets of $9.7 billion in precious metals and other physical commodities.

Railroad Shipping Of Commodities Across U.S. Slowed By Snarls

What's more, the infrastructure problem could persist throughout 2014, as railroads turn to shipping more-profitable crude oil.

But Russia’s central bank has been a strong and consistent buyer of gold in the past several years.

General Electric Revamps Refrigeration With Magnets, But Wait Until 2020

It may be six years before General Electric works out the kinks and can sell the fridges commercially.

The outlook for silver prices in relation to China’s giant solar panel industry is slightly bullish, but there are several unknowns.

If General Electric can help oil companies process oil at the seabed floor, it could earn millions and win fresh business in a competitive industry.