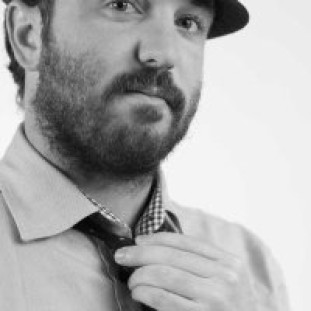 The NFL and MLB filed statements with the Supreme Court last week, arguing that a victory for Aereo would mean the end of free football and baseball on television.

Three bitcoin companies have teamed up to help push the digital currency into the mainstream.

Yahoo Vs. NSA: All Data Center Traffic Will Get SSL Encryption By Q1 2014

Yahoo previously announced that Yahoo Mail would get SSL encryption by Jan. 8, 2014.

Is Snapchat Worth $3 Billion? What Facebook, Investors And Advertisers See In Mobile Photo Messaging App

Free-app Snapchat is profitless, leaving many wondering why Facebook made the offer, why Snapchat rejected it, and how much it's worth.

The answer may surprise you.

A map at fiatleak.co shows how much money is being changed into Bitcoin, and which countries are investing

CryptoLocker Virus Infects 12,000 Computers In One Week: How Hackers Are Avoiding Detection

A study found that the CryptoLocker virus is targeting the US and infected more than 12,000 computers in just one week. Here's how the hackers are avoiding detection.

Google has invested more than $1 billion in large-scale projects to produce energy, and announced Thursday its 14th investment in a renewable energy plan.

One Card To Rule Them All: Coin Combines Credit, Debit Cards And More Into One

Coin is a device that can store up to eight other cards and be used just like a normal charge card, to pay any of the stored accounts.

A study found that 40 percent of malware analysts have removed malware that originated from a senior executive visiting a pornographic website.

Renault Zoe: Why DRM Software In Vehicles Is A Bad Idea

The Renault Zoe highlights why consumers shouldn’t have DRM software in their vehicles.

Google's latest stats on government inquiries may alarm some.

Many teens prefer to communicate on mobile messaging apps like WhatsApp and Snapchat, and Facebook has noticed.

IBTimes got a chance to get a first look at completely redesigned user interface and digital entertainment services on the PS4.

The NSA announced a new program, in a partnership with the Department of Homeland Security and 181 Universities across the country, to help train the next generation of analysts and cybersecurity experts.

'Candy Crush Saga': How To Turn Off Facebook Notifications For The Popular Social Media Game, Forever

Given the reward for sending invites, it’s unlikely you’ll ever get the Candy Crush addict in your social network to stop, but it turns out that there is a way to turn off Candy Crush announcements.

Google is expanding Glass to musicians and music lovers with a new set of features that it announced Tuesday morning on Google Plus.

WhatsApp, SnapChat And LINE: Why Mobile Messaging Apps Are Taking Teens Away From Facebook

Teens are gravitating away from Facebook and communicating more on mobile messaging apps like WhatsApp, LINE, Kik and others.

Jawed Karim took to YouTube for the first time in eight years to express his thoughts on the new comments feature.

Elop wants to flip the Microsoft strategy and focus on selling Office rather than use Office to promote sales of Windows.

Is Twitter A Good Investment? 11 Pros And Cons For Buying TWTR Shares

It will be a little while before small investors can tap Twitter, but that isn’t stopping people from wondering if it's a smart investment.

Google Engineers To NSA: 'F--k You'

Google engineers are taking to social media to express how they really feel about NSA surveillance programs.

With 3.5 million people in LA, the gigabit service would be one of the largest city-led broadband projects ever.

Did you catch the CryptoLocker malware and refuse to pay the ransom to get your files back? The hackers responsible are offering you a second chance.

Lavabit closed to avoid becoming “complicit in crimes against the American people,” but its creator launched a campaign to support a new "dark mail" project.

A video of Twitter's private IPO roadshow presentation has been uploaded to YouTube.