ConocoPhillips said the deal with Concho Resources will give the company the capacity to produce 1.5 million barrels of oil equivalent per day.

Crude Oil Price Is Rising Again, But Will The Rally Last?

Since its low point in mid-January 2016, the price of crude oil has made a sustained recovery, but fresh concerns over Venezuela and the future of the nuclear deal with Iran could pare back the gains.

EPA Will No Longer Ask Oil Companies About Methane Emissions

The Obama administration survey of methane emissions information was part of a multinational effort to curb pollution.

Despite protests, the Norwegian government said Wednesday it had awarded licenses for oil exploration in parts of the Arctic Barents Sea.

Oil and gas companies have canceled $100 billion in investments, meaning they could struggle if supplies significantly drop.

The Houston oil and gas producer said it is drilling for oil in the Alaskan Arctic despite the recent crash in oil prices.

The No. 2 U.S. oil company reported a decline of nearly $590 million for the fourth quarter as plunging oil prices continued to take their toll.

The British government has backed deregulation of safety measures for fracking, lobbied by the oil and gas industry, according to a Guardian report.

The Dalton Highway is an essential corridor that serves the state’s vast oil fields, but a portion of the road is currently covered by 2 feet of water.

The energy sector led the blue-chip index and the S&P 500 higher Monday, driven by gains after crude oil prices rallied more than 6 percent.

The Dow surged more than 300 points after oil prices rallied on speculation the global glut of oil may shrink faster than expected.

The sector expects to be the biggest laggard in the S&P 500 in the fourth quarter after oil prices have fallen more than 40 percent since June.

Texas, Oklahoma and Alaska are among oil states already seeing signs of slow growth in 2015. 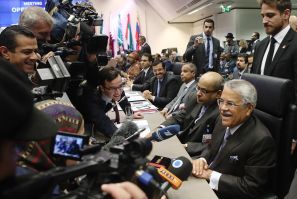 Prices at the pump are expected to remain low as OPEC maintains its current level of production. 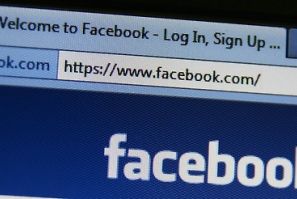 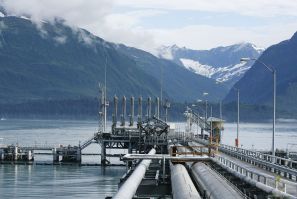 Gov. Sean Parnell of Alaska says the state and TransCanada, the pipeline builder behind Keystone XL, will join in a huge liquefied natural gas project. 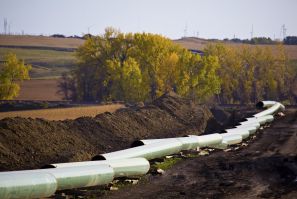 President Obama will wait at least 90 days to announce his decision, one analyst says, but last summer he said he'd say no.

As the second leg of the Keystone XL Pipeline approaches completion, the project faces growing pressure from opposition groups. 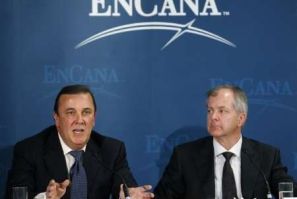 PetroChina Receives Notice Of Investigation From US District Court

A PetroChina shareholder filed a complaint with a US court over the energy company's suspicion of violating U.S. security regulations. 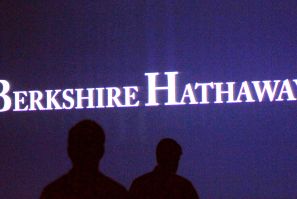 An SEC filing also shows the Warren Buffett-run holding company cut its stake in ConocoPhillips in the September quarter.
Latest news
The 10 Highest-Grossing American IPOs
Anadarko Eyes China Interests Sale For $1B
Thurs Futures Suggest Lower Open
Which US Corporations Pay The Most Taxes?
Big Oil Eyes Venezuela But It May Have To Be Patient
EDITOR'S PICK