A team of academic hackers found a way to crack the keyless ignition system present in the Tesla Model S.

Authorities apprehended the teen who they said altered grades for at least ten other students.

Hacker Sentenced To Prison For 'World Of Warcraft' Attacks

A Romanian hacker was sentenced to a year in federal prison for deliberately disrupting "World of Warcraft" servers back in 2010.

Adrian Lamo, Hacker Who Turned In Chelsea Manning, Has Died

Adrian Lamo, a well-known hacker who was criticized for turning Chelsea Manning in to the federal government, has reportedly died.

A 21-one-year who generated more than $3 million through cybercrime and attempted to knock services like Pokémon Go offline was arrested and sentenced to two years in jail.

Why Your Data Could Be At Risk Without Decentralized Computing

The world needs to look for a decentralized solution for safe data storage and management.

George Garofano, 26, admitted to hacking celebrity iCloud accounts prior to the 2014 leak of their private nude photos.

Einstein's 'Spooky Action At A Distance' Could Improve Cybersecurity

A new method has been developed using Einstein's 'spooky action at a distance' effect that can gauge if a system is being hacked or not even outside a lab environment.

An internal breach of the Department of Homeland Security (DHS) in May has left personal identifiable information of approximately 240,000 employees at risk.

The country has long been subject to international sanctions, and is suspected of hacking bitcoin to gain access to precious foreign exchange through the cryptocurrency.

The hacker has set a deadline for paying the ransom at 1 p.m Wednesday. The demand is for two bitcoins or $23,000.

These primitives are created using a nanomaterial that’s cost-efficient and provides the highest possible structural randomness.

Quantum Encryption Could Secure Your Information On The Internet

A team of researchers have come up with a way to encrypt information transactions online in a much faster and secure way.

The Emotet banking malware was loaded into a Word file sent to users of the McAfee ClickProtect email protection service.

Google's AI Tricked Into Thinking 3D-Printed Turtle Is A Rifle

A group of students called labsix managed to trick Google's AI Inception V3 into thinking that a turtle is a rifle.

A new report shows the hackers behind the breach of the Democratic National Committee had a hit list of targets that primarily included enemies of Russian President Vladimir Putin.

A former student at the University of Iowa is accused of stealing login information for the accounts of his professors to change grades and steal test information. 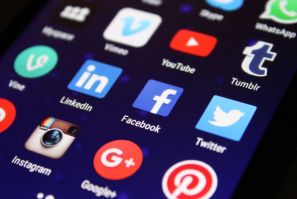 According to reports, tech giants Facebook, Twitter and Google will tell congressional investigators that Russian activity during the 2016 U.S. presidential campaign was far worse than originally reported.

Hacker Holds Other Hackers' Information For Ransom For $50,000

Underground hacker forum Basetools was hacked and the attacker is threatening to report the users to the federal government if they don't pay $50,000. 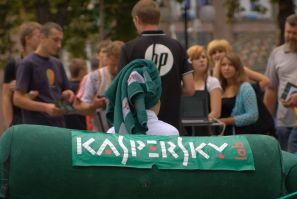 Russian cybersecurity firm Kaspersky Lab said it accessed files from the National Security Agency but only did so on accident.

FBI Failed To Access 7,000 Mobile Devices Because Of Encryption

FBI Director Christopher Wray reported the agency has failed to gain access to more than 7,000 devices it targeted because of encryption. 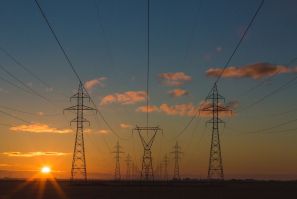 As the United States and North Korea continue their standoff, North Korea reportedly planned to attack the U.S. power grid. 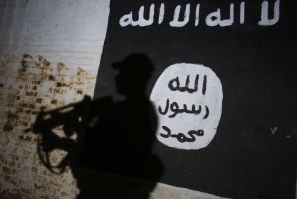