Google and its sister company Jigsaw are offering election organizations around the world free cybersecurity protection to help ensure the integrity of their elections.

Roger Stone said he was aware that he'd be asked to participate in the FBI investigation, but that he hadn’t been contacted by the bureau yet.

A group of hackers identifying as the Turkish Crime Family are blackmailing Apple over what they claim to be a cache of hundreds of millions of stolen iCloud and Apple email credentials.

D.C. Cell Network May Have Been Hacked, Used To Monitor Calls

Reports indicate cell networks in Washington, D.C. may have been hacked and communications could have been intercepted by a foreign nation.

The U.S. Department of Justice indicted two criminal hackers and two Russian spies for their role in a 2014 hack that resulted in the theft of more than 500 million Yahoo accounts.

A Washington, D.C. court ruled that a victim of spying conducted by the Ethiopian spies can't sue the Ethiopian government over the hacking.

The cache from WikiLeaks, dubbed Vault 7, includes 8,761 files that focus primarily on the CIA’s “hacking arsenal.”

WikiLeaks published a new trove of documents on the CIA's surveillance and hacking capabilities Tuesday.

Are Your Devices Secure? Consumer Reports Reviews Will Now Include Privacy, Security Issues

Weighing the risks of being hacked: Consumer Reports will start considering issues like how secure devices are from cybersecurity threats, and how well data is protected, in its evaluations.

Why Is The President Of The United States Still Tweeting?

In his latest posts, President Donald Trump took to Twitter to voice his opinion on Jeff Sessions, Russia and Democratic Sen. Chuck Schumer.

Russia first hacked the U.S. as early as 1996, and the country's cyber warriors have hacked many countries since.

Coachella promoter Goldenvoice confirmed that user data from the Coachella website was accessed by hackers in a breach ... on the same day it was announcing Lady Gaga as Beyoncé's replacement.

Russian Hacking Probe May Be Too Technologically Complicated

Experts worry congress lacks the cyber security expertise needed to conduct an investigation into Russian hacking of the 2016 presidential election.

Millions of messages sent through a children's "smart" toy have leaked online.

Following the Cloudflare leak users are asking how to change their Uber passwords, opting for more security.

Cloudflare Bug May Have Exposed User Data From Millions Of Sites

A software bug in popular web service Cloudflare may have resulted in the leaking of private user data from millions of popular websites and services. 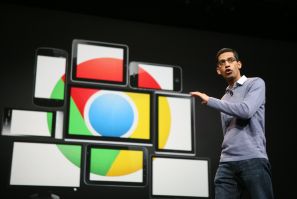 A new piece of malware called 'Font Wasn't Found' attempts to fool users into downloading it by appearing to be a missing font installation. The malware has been seen from Windows Google Chrome users. 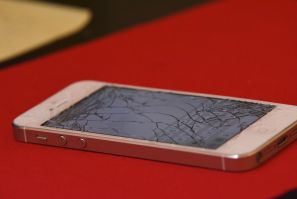 Cellebrite, an Israel-based cybersecurity firm, announced on Thursday it has added the capability to crack a number of locked Apple devices running iOS, including the iPhone 6 and iPhone 6 Plus.

How Secure Is Your Smartphone's Camera And Microphone?

For cybersecurity analysts, a smartphone's physical features and hardware like the microphone and camera are prone to exploits from hackers. 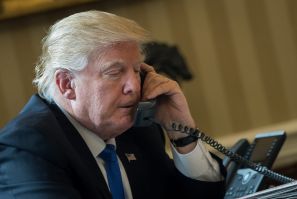 Stephen Feinberg gave nearly $1.5 million to a pro-Trump group in 2016. 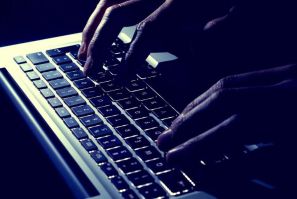 The popular site is implementing a bug bounty program to reward users who report security and privacy flaws.