The Ravens have both their present and future in mind with their latest picks.

The Philadelphia Eagles still have DeShaun Watson on their radar, but an NFL trade for the Pro Bowler will be complicated.

Jimmy Garoppolo is likely to stay with the San Francisco 49ers to guide new quarterbacks coming in.

Deshaun Watson's trade options are likely to dwindle, with the Pro Bowler dealing with a messy sexual assault case.

The recent decisions of the front office of the Green Bay Packers to select a quarterback instead of a wide receiver may cause Aaron Rodgers to leave the team. Brett Favre believes that the Packers management was disrespectful to Rodgers during the draft.

The San Francisco 49ers traded up to select Brandon Aiyuk in the first round of the NFL draft. Aiyuk was the supposed pick of the Green Bay Packers.

The Dallas Cowboys were praised for having a successful NFL draft. Rumors are speculating that the Cowboys have overtaken the Eagles as the favorites to win the NFC East division.

The Los Angeles Chargers' Pick Predicted The Details Of His Draft

The Los Angeles Chargers selected Kenneth Murray as the 23rd overall pick of the NFL draft. Murray was able to predict on social media about this moment three years ago.

Miami icon Dwyane Wade offered his encouragement to the Alabama quarterback, who was selected fifth overall by the Dolphins in the 2020 NFL Draft on Thursday.

Tua Tagovailoa Endured A Tornado During His College Career

The Miami Dolphins have drafted Tua Tagovailoa as the fifth overall pick in the draft. One of the struggles Tagovailoa shared in his life includes enduring a tornado that destroyed his car.

Joe Burrow Has Huge Amount Pressure To Overcome In The NFL

The Cincinnati Bengals are currently known as a struggling team in the NFL. Their poor record gave them the chance to select Joe Burrow as the first pick in the 2020 draft.

NFL Rumors: Miami Dolphins May Trade Up For The Third Pick

The Miami Dolphins have been rumored to select a quarterback in this year's draft but more word has speculated that they're aiming to trade up for an offensive tackle.

The Cleveland Browns have multiple options for the upcoming draft. But another route they can take is to trade for Washington Redskins' left tackle Trent Williams.

Jordan Love is expected to be selected in the first round of the NFL draft. Several teams have drawn interest for the quarterback, including the New England Patriots and the Miami Dolphins.

The New York Giants selected Daniel Jones as the sixth overall pick in last year's draft. It is speculated that they're also looking for another quarterback in this season's rookie draft.

NFL: Booing The Commissioner Can Raise Funds For Coronavirus Relief

Booing the NFL commissioner during the 2020 NFL Draft will be turned to donations for COVID-19 relief. Each tweet will be matched by a beer company at a dollar each. 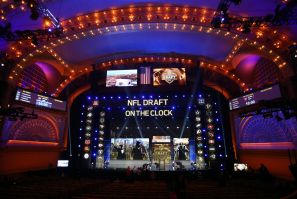 Speculation has risen that Justin Herbert is a better prospect over Tua Tagovailoa. 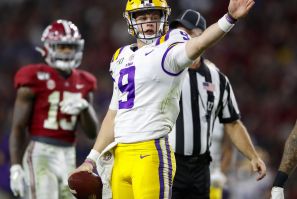 Joe Burrow is expected to be the first pick in the NFL Draft. He recently got advice from Peyton Manning on what to expect in his rookie campaign. 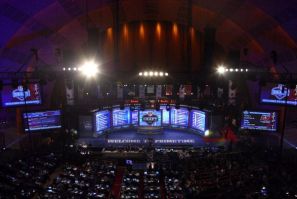 Denzel Mims out of Baylor Bears is considered to be a wild card selection in the upcoming NFL draft. While he's not the top prospect in his position, his potential has teams highly interested in him. 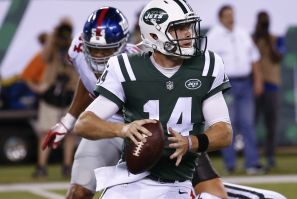 The New York Jets join the teams interested to select Jordan Love in the NFL Draft. 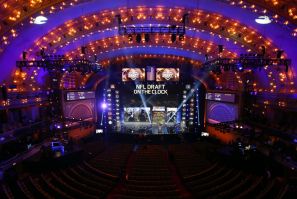 The Atlanta Falcons May Trade For A Top Edge-Rusher

The Atlanta Falcons are looking to improve their team with a top edge-rusher selection in this year's NFL draft.

The Dallas Cowboys are looking to add more talent for the upcoming season. They've gained interest in an LSU outside linebacker. 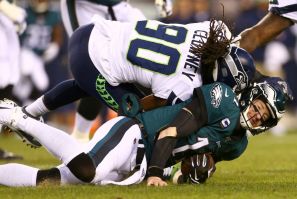 Giants Are Not Interested In Signing Jadaveon Clowney And Markus Golden