This is the first time that an artist has been nominated for the third time in a single category.

Two of Lady Gaga's French bulldogs were stolen during the attack in Hollywood last year.

Warner Bros. has given Todd Phillips’ “Joker” sequel a release date amid its cost-cutting efforts.

Gaga's dog walker was shot and her beloved pets were abducted by James Howard Jackson in April 2021.

Lady Gaga and Tom Cruise's friendship started when they worked together on "Top Gun: Maverick."

Liza Minnelli Was Forced To Appear In Wheelchair At Oscars, Claims Close Friend

A stage manager informed Minnelli just minutes before her appearance that she would be seated in a wheelchair instead of a director's chair, Michael Feinstein claimed.

Grammys: BTS’ 'Butter' Is Billboard’s Best Performance Of The Night

Ahead of the telecast, it was announced that Lady Gaga and Tony had won Best Traditional Pop Vocal Album.

Lady Gaga confirmed her relationship with Michael Polansky in April 2021.

The long-postponed tour by the singer-actress will finally happen this year.

A Las Vegas mansion that was once home to the late pop superstar Michael Jackson has been listed for $9.5 million.

Lady Gaga was nominated in the Outstanding Female Actor in a Leading Role category for playing Patrizia Reggiani in "House of Gucci."

Oscar 2022 Nominees And The Biggest Snubs

“Spider-Man: No Way Home” enjoyed a behemoth box-office, but it wasn’t enough to earn it more than a mere one Oscar nomination.

Lady Gaga recalled her acting debut on HBO's "The Sopranos" in 2001.

Gucci Family Slams 'House Of Gucci' Portrayal: 'An Insult To The Legacy'

The heirs of former Gucci chairman Aldo Gucci claimed that the production did not consult them before describing the members of the Gucci family as "thugs" in the film. 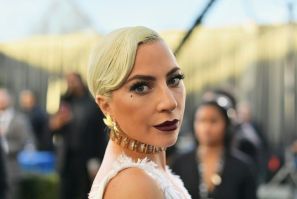 Tony Bennett and his family first revealed his battle with Alzheimer's in 2016. 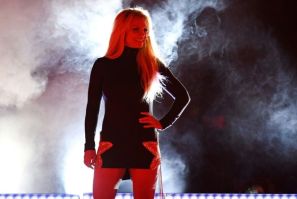 Britney Spears Calls Out Christina Aguilera For Silence On Conservatorship

Britney Spears took aim at Christina Aguilera after the latter refused to answer a question about Spears and the termination of her conservatorship during a recent interview. 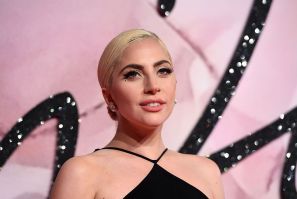 "I was falling apart as [Patrizia] fell apart. When I say that I didn’t break character, some of it was not by choice," Lady Gaga said of her portrayal of Patrizia Reggiani in "House of Gucci." 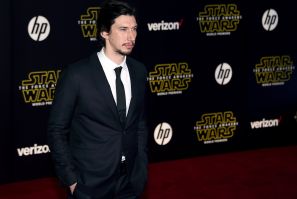 "We were feeling it," Adam Driver said about the sex scene between him and Lady Gaga in "House of Gucci," which is slated to release in theaters on Nov. 24. 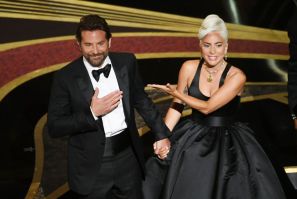 "Mental health is important and should not be used against anyone," Lady Gaga said. 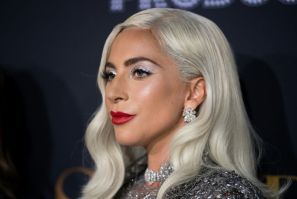