Boruto and Sarada get the spotlight.

After over 1,000 flights were canceled Monday due to treacherous weather, some travelers tweeted that they were stuck in the city until Friday.

More than 40 people have died from severe weather events in recent days, according to reports from across the country.

Severe weather has hit the country in unusual ways this Christmas week.

At Least 7 Dead As Storms, Tornadoes Hit US

While parts of the Northeast were expecting springlike temperatures Thursday, parts of the South were dealing with tornadoes.

Hurricane Patricia was downgraded to a tropical storm, but the deluge from torrential rain derailed a Union Pacific train in Southeast Texas.

'We’re Gonna Get Some Serious Storms'

As Hurricane Patricia approached, hotels and resorts along Mexico's Pacific coast were evacuated, boarded up or turned into makeshift shelters.

Officials have declared a state of emergency as the "potentially catastrophic" Category 5 storm nears the Pacific coast of Mexico.

The yacht was carrying five people, all residents of the Philippines, and officials say they have found at least two bodies.

About 14 bodies have been recovered so far, a TV news station in Trinidad and Tobago reported.

Alexandra Shipp will be shown playing Storm in "X-Men: Apocalypse."

Meteorologists forecast strong and damaging winds in the Midwest, along with hail and tornado predicted to strike parts of Illinois.

Thunderstorms Can Cause Massive Polar Cyclones On Saturn

Saturn's poles experience massive, long-lived cyclones that are caused by small, short-lived thunderstorms across the planet, according to a new study.

A tornado warning expired earlier in the evening, but the inclement weather has delayed flights and postponed an MLB game.

Communities in Colorado bore the brunt of the impact, enduring heavy hail and tornadoes. 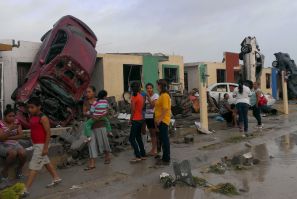 At least 10 adults and three children are dead after a tornado ripped through the Mexican border city of Acuña. It’s rare for tornados to strike so far south of Tornado Alley. 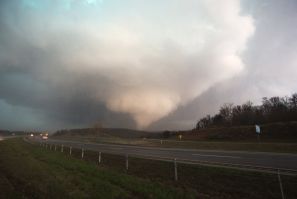 At least 12 people were injured after 30 tornadoes were reported in the Plains Wednesday.

Behind the storms are cooler temperatures. 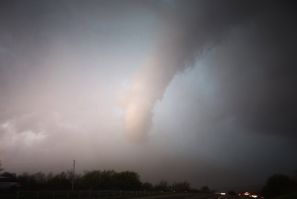 “The west side of Fairdale is destroyed,” DeKalb County Sheriff said. 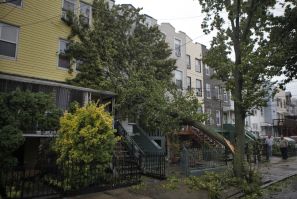 A Jersey City homeowner has accused firms of concealing evidence on his FEMA flood-insurance claim in the wake of Superstorm Sandy. 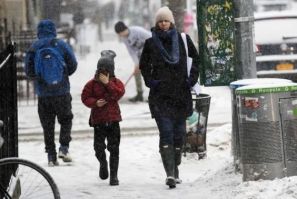 Kentucky and West Virginia were forecasted to be the hardest hit, according to the National Weather Service. 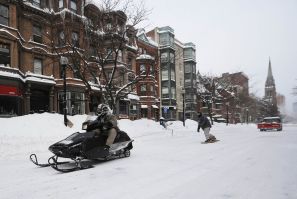 At least 20 people already have died because of the brutally cold storms this winter.
Latest news
The Wrath Of Winter Storm Octavia Strikes The South, Midwest
A Snowy Valentine's Day Ahead For New England
Deadly Winter Storm Blankets Parts Of The US
Pictures Of The Winter Storm From Long Island
Blizzard Of 2015 Could Be Biggest For Boston
EDITOR'S PICK