On Friday, the Biden Administration announced the reversal of a Trump Era rule to expand federal protections for national waterways.

"We need to create a broader definition of who's American, who counts, what beauty is," Michelle Obama said.

"I want them to know what they want and who they are in a relationship," Michelle Obama said.

President Obama's Secretary of Defense, Ashton Carter, dies at 68. Carter ended the ban on transgender persons serving in the military.

After the assassination of former Japanese Prime Minister Shinzo Abe, world leaders expressed their sorrow and condolences for the loss of a visionary statesman.

The school's Director of Diversity was shocked by the assignment and said: "...Right away I had a reaction. like, 'it’s so wrong I can’t understand it.'"

Former President Barack Obama shared his views on Russia's President Vladimir Putin in a recent interview where he admitted his former rival has changed, but has always been "ruthless".

After testing negative earlier this week, a spokesman confirmed Thursday that Nancy Pelosi has COVID-19.

Trump Is Second Best US President In Past 40 Years, Say Republicans

Trump trailed behind Ronald Reagan who more than 40% of Republicans said is the best president in the past 40 years.

Trump's birther theory claims that former President Barack Obama was not born in the United States.

A judge in Connecticut ordered Jones to pay the Sandy Hook families after he withheld information from them and the court.

Michelle Obama has been tapped to appear in the final season of “Black-ish” next year.

Barack and Michelle Obama expressed their love and adoration for each other on social media as they celebrated 29 years of marriage.

Former President Barack Obama said that he is a supporter of President Joe Biden’s domestic agenda, even as he expressed dismay over the Haitian migration crisis at the U.S-Mexico border. 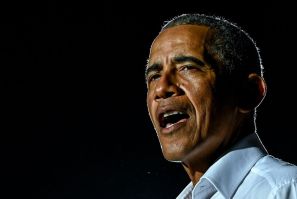 According to the guidance from the U.S. CDC, events may be held in open-air tents. It is unclear whether Obama’s birth party was held in an open-air tent or an enclosed 4-wall tent. 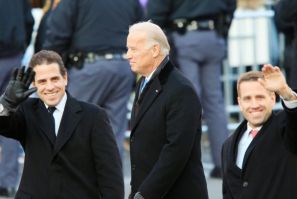 Lunden Roberts was listed on the payroll of Hunter Biden's consulting firm when she was pregnant with their daughter. 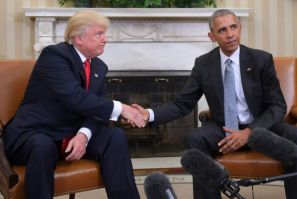 Former President Barack Obama had previously refused to speak out against Donald Trump after leaving the White House in 2017. 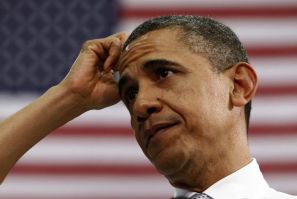 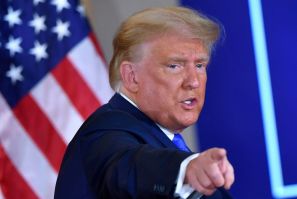 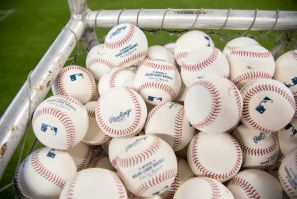