Yulia Tymoshenko, the jailed former Ukrainian Prime Minister, was moved back to her cell after a short stint in the hospital. She refused treatment from doctors for an undisclosed medical issue.

Jennifer Hudson faced her family's alleged murderer right in the face today and took the stand in her brother-in-law's murder trial against William Balfour. Hudson was the first witness to be called to the stand.

John Edwards, a two-time White House aspirant, went on trial Monday on charges of soliciting money to cover up an affair in order to save his presidential campaign.

What really happened on the day 6-year-old Etan Patz went missing in 1979 is still a mystery, as authorities have ended their search of a SoHo basement with no obvious finding of human remains, New York Police Deputy Commissioner Paul Browne said Monday.

BNP believes that the government -- which is ruled by the Awami League -- of having abducted Ilias Ali.

Films seldom feature a dynamic female lead but rather present one note women with few distinguishing traits. In Free Samples, Jillian (the talented Jess Weixler) serves as an appealingly sketched anti-heroine. The fact that she is confused, unsure of her vocation, and emotional impaired, makes her strikingly realistic.

Bill Lee, the Sanford, Fla., police chief who was criticized for his handling of the Trayvon Martin case, will resign from his post today.

Marissa Alexander's Stand Your Ground debacle has echoes of the Trayvon Martin case, but the law doesn't seem to be protecting her in the same way it helped Martin's attacker, George Zimmerman, avoid prosecution for a month and a half.

Supreme Court Health Care Foes To Face Off On Immigration

The search for the Etan Patz, a 6-year-old boy who disappeared more than three decades ago, in a SoHo basement ended with no human remains or blood being found.

Investigators will continue their search for evidence in the Etan Patz case on Monday. So far they have found hair and some non-human bones in the SoHo basement the boy is believed to have visited a day before he went missing.

Jose Baez, who was the lead attorney for Casey Anthony, for the first time publicly confessed details about ABC News' controversial payment of $200,000 to his client Casey. Baez in an interview with PBS's Frontline that aired on Tuesday acknowledged that he and his client were able to mount a successful defense only form the money his client received from ABC News. ABC News paid $200,000 large sum of money to Anthony's family only to gain the exclusive rights to photos of Casey ...

Othniel Miller, the handyman who is currently having his former basement workshop dug up by the FBI in connection with the 1979 disappearance of Etan Patz, has a new accusation against him. Miller's ex-wife told police that he raped his niece.

Stacie Halas, a Southern California teacher, who was fired Wednesday night for acting in a pornographic film, will now fight against the school board's decision seeking her dismissal, her attorney said.

After one of its ships passed a stranded fishing boat without offering assistance on March 10, Princess Cruises, a Carnival operated company, released a statement on Thursday, claiming there was a miscommunication. Two fisherman aboard the boat died as their only life line sailed away.

Three more employees with the U.S. Secret Service could lose their jobs on Friday, a source has told the Associated Press. That would bring the number of ousted employees caught up in an alleged prostitution scandal in Colombia to six.

On Friday, Cairo's Tahrir Square looked much the same as it did 15 months ago as tens of thousands of protestors gathered to call for the country's rulers to step down.

Dania Suarez, the woman who has been exposed as one of the alleged prostitute in the Secret Service scandal, has reportedly gone into hiding after her photos were been exposed, the New York Daily News reported on Friday. Reports are that she has left Cartagena, Colombia.

David Randall Chaney and Greg Stokes: Who are the Agents Ousted in the Secret Service Prostitution Scandal?

The names of two senior Secret Service agents who lost their jobs due to the Colombia prostitution scandal are now out in the open. 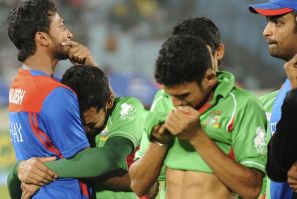 Pakistan has become pariah in the cricketing world. 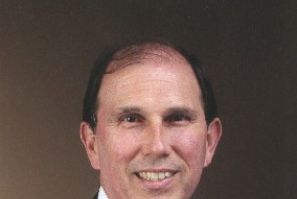 Judge Kenneth R. Lester, Jr., has taken over as the new presiding judge in the trial of George Zimmerman, who faces a second-degree murder charge for the shooting death of Trayvon Martin. 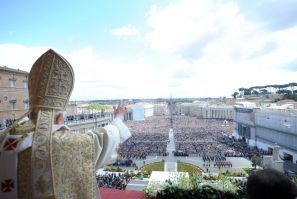 Vatican Nun Crackdown: Rome Orders Reform Of Nuns In The U.S., Accusing Them Of Taking Positions Against The Church

A watchdog group within the Vatican said they plan a major crackdown for nuns in the United States, accusing them of taking positions that undermine Roman Catholic traditions and teachings.

Norway Killer Breivik's Trial: Top Most Inflammatory Instances Of His Behavior In Court

Anders Behring Breivik, the right-wing extremist accused of massacring 77 people in Norway, has been maintaining his inflammatory and sociopathic attitude during the judicial trial which began Monday. 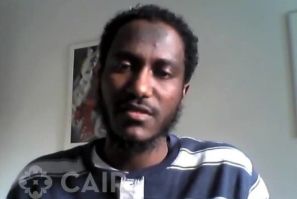 Yonas Fikre, an American Muslim, is seeking asylum in Sweden and has claimed that he was detained, torture and kept in solitary confinement in the United Arab Emirates for 106 days at the request of the FBI.
Latest news
NYC Conspirator In Al Qaeda Subway Bomb Plot Testifies
Trayvon Martin Judge Jessica Recksiedler Replaced By Kenneth R. Lester: What Are The Impacts?
Howard Stern Lawsuit Dismissed: What This Means For The Shock Jock
Johnny Depp Sued By A Disabled Woman Over Injury At Concert
Osama Bin Laden Family’s Deportation From Pakistan Delayed
EDITOR'S PICK