Abu Qatada: 5 Facts About The Suspected Terrorist and His Deportation

On Tuesday, Abu Qatada was arrested by British authorities in advance of a planned deportation to Jordan. These five key facts about Qatada explain what he's done, where he's going, and when he might get there.

Republicans in the U.S. Senate are filing a friend-of-the-court brief in a lawsuit to challenge the constitutionality of U.S. President Barack Obama's controversial recess appointments.

Hydraulic fracturing and natural gas development could spread soon to Illinois as companies rush to lease land in the southern part of the state.

Norway Killer Anders Breivik Testifies: 'They Were Not Innocent'

Tuesday marks the second day of the long-awaited trial against Breivik, who, on July 22, detonated a car bomb outside of Norwegian government headquarters before going on a shooting spree at a Labor party-sponsored summer camp. During his testimony, in which he read from a written statement, the 33-year-old said that his actions were done out of goodness, not evil.

Berlusconi was ousted from his position in November last year following concerns over the scandal and Italy's debt-ridden economy.

The U.S. Secret Service said Monday it revoked the top security clearance of 11 agents and uniformed division personnel over alleged misbehavior in Colombia, and a U.S. official said more than 10 military service members may also have been involved.

The pharmaceutical industry is paying close attention to a case that could determine if about 90,000 sales representatives are entitled to overtime pay.

The General Services Administration, or GSA, will undergo a series of hearings this week that will take a deeper look into its culture of wasteful spending. The two House and two Senate committees are expected to probe beyond the more than $800,000 spent at the Las Vegas conference.

Gu Kailai and Bo Xilai, an elite power couple in China, are at the center of a shocking political scandal involving the death of a British national.

Three top contenders for Egypt's presidency were scrambling to stay in the race Sunday after the authorities disqualified them.

Marc Dreier accepts his punishment, but will he ever really understand what he did wrong?

Dorrell was put on paid leave by the University of Arkansas today as they continue to investigate her hiring.

Jury selection began on Thursday in the trial of the former presidential candidate, who faces a possible 30-year prison term for violating campaign finance law.

Rupert Murdoch's Times of London is facing a claim for exemplary damages after admitting hacking into the email of an anonymous police blogger to expose his identity, lawyer Mark Lewis told Reuters on Friday.

Osama bin Laden's Wives, Children To Be Deported From Pakistan to Saudi Arabia

The wives and children of former al Qaeda leader Osama bin Laden will be deported from Pakistan to Saudi Arabia next week.

A divided federal appeals court struck down a federal ban on political advertising on public TV and radio stations, a decision that could open the public airwaves to campaign ads for the November elections.

George Zimmerman, accused of second-degree murder, will make his first appearance before a Florida judge on Thursday.

Reddit announced on Wednesday that the sister of a user named Black_Visions has filed a wrongful death lawsuit against nine Reddit users who egged him on when he threatened his own suicide, and that the site has also been subpoenaed in identifying the information of another three individuals. 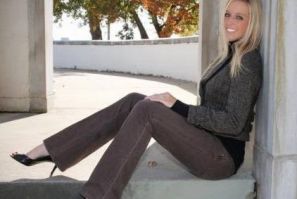 Who is Jessica Dorrell? Pictures and Details of the Arkansas Woman Involved in a College Football Scandal

Jessica Dorrell is the name at the center of the latest college football scandal. Find out all you need to know about the 25-year-old former volleyball player.

India and China are headed for an absolute catastrophe of death and disease because of likely massive jump in asbestos-related diseases in the coming decades, says a report written by Pulitzer winning journalist Gary Cohn. 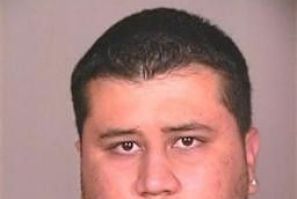 George Zimmerman To Be Charged: How Will The Nation React?

George Zimmerman is set to be charged Wednesday with the shooting death of Trayvon Martin on Feb. 26. The case has renewed a national debate over racial issues, so the world will be watching to see how the nation reacts to the long-awaited announcement of charges against the admitted killer.

George Zimmerman To Be Charged On Trayvon Martin Shooting

A Florida special prosecutor is expected to announce the charges against neighborhood watchman George Zimmerman on Wednesday afternoon. 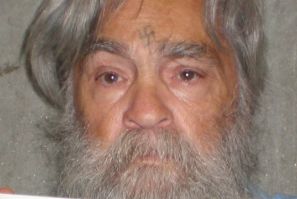 Charles Manson 'Unsuitable' For Parole, Likely Will Die In Prison

The commission found inmate Manson unsuitable for parole, a spokesman for California's Department of Corrections and Rehabilitation said. 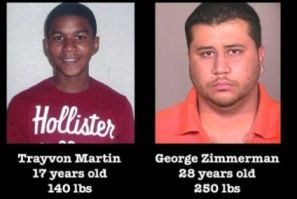 George Zimmerman To Be Charged For Shooting Trayvon Martin